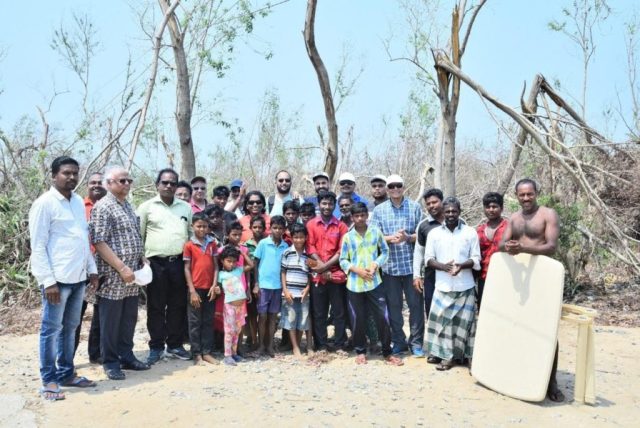 Last February, India Flying Labs announced the creation of ‘UAV Rapid Response Task Force’. Through this program, India Flying Labs is equipping local UAV teams across the country to quickly respond to disasters. We are doing so by inducting them in the Humanitarian UAV Code of Conduct and connecting them with the stakeholders necessary for rapid and efficient coordination in the wake of a disaster. Our first Multi-stakeholder meeting in Mumbai moderated by Dr. Ruchi Saxena saw  participation not just of drone start-ups and students, but also of development experts, civil defence workers, fire brigades, and disaster and healthcare experts from all across the country.

As the storm approached, the team capitalized on the networks it had so carefully built, and mobilized local drone experts to volunteer their services in response to the incoming disaster.

We witnessed the need for this program, and the potential of it to play a critical role in disaster response, firsthand when Cyclone Fani bore down on Odisha in the east coast of India. As the storm approached, the team capitalized on the networks it had so carefully built, and mobilized local drone experts to volunteer their services in response to the incoming disaster. Meanwhile, Drone Task Force India, headed by Atmajeet Walia was rolling out a similar project and it was quickly evident that there was plenty of opportunity for collaboration around the common goal of efficient and effective disaster response. 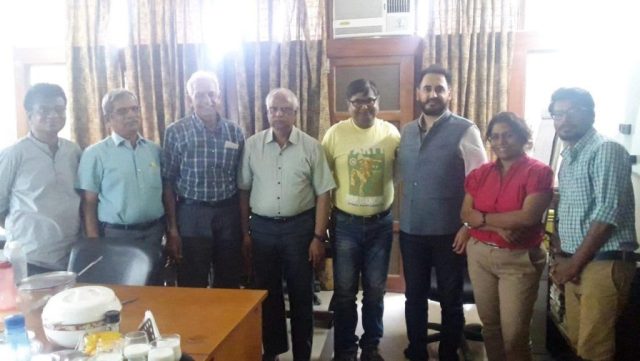 India Flying Labs utilized social media to reach out to even more like-minded organisations. Humanitarian Aid International’s Dr. NM Prusty and Integrated Volunteers Network’ Manoj Dash, disaster and development experts who were natives of Odisha, provided particular support and encouragement. Collaborating organizations gathered together at the office of HAI, and together we drafted a quick action plan. After the Co-creation Workshop, the group left for Odisha and was warmly welcomed and hosted by Shri Jagadananda at the Center for Youth and Social Development at Bhubaneshwar.

We met with Odisha State Government officials and were granted permission to fly the drone over two villages in Puri district and collect data about cyclone damages and losses, particularly horticulture and housing. 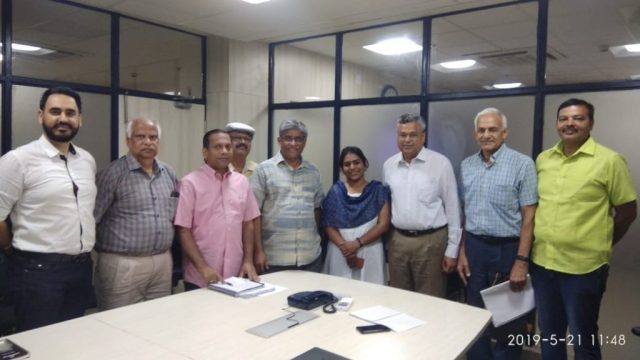 We were extremely humbled to have been hosted by a fisherman’s family in the village in their beautiful house, who served as an elaborate local cuisine for our lunch with shrimp, crab, chicken, meat, lentils and locally grown vegetables. 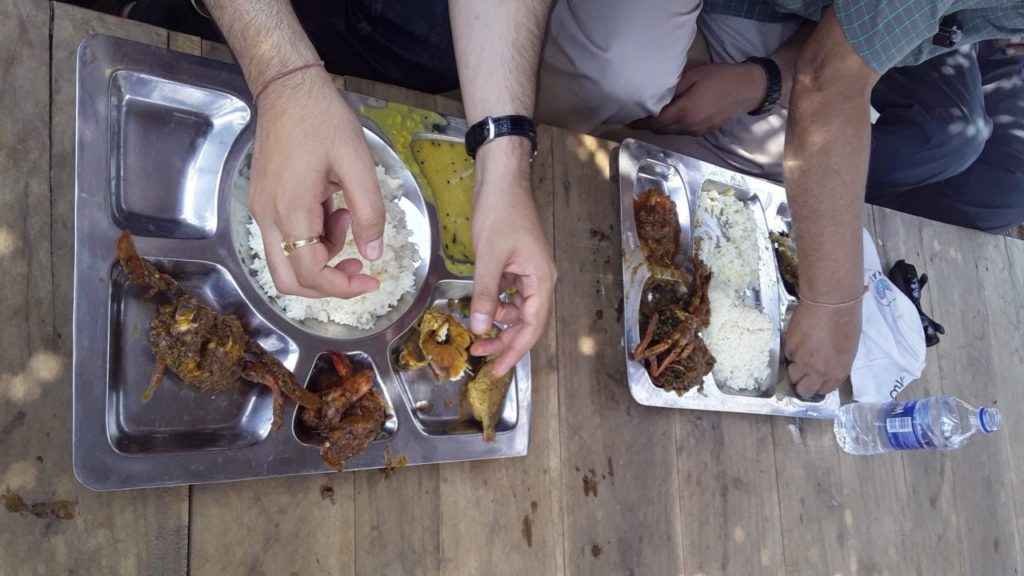 We were also glad to receive prompt the support of a number of other groups. We were also fortunate to meet a local 17-year old student, Amit Lal, a drone enthusiast from Bhubaneshwar, the capital of Odisha state, who had assembled his drones and was flying them over affected areas just after cyclone, trying to be as helpful as he could. We welcomed him into our group,and he eagerly helped us process the data. In a true spirit of national integration, Shashank Srinivasan from Technology for Wildlife from Goa, a city in the south coast of India, helped us collect aerial images using his Dji Mavic Pro and MapBox and Atamjeet Walia from Pixlaer from Chandigarh, a city in North India processed these images using DroneDeploy, while Dr. Ruchi Saxena from Caerobotics from Mumbai, a city in west India who created a clear use case presentation of the project for local officials who attended a major multi-stakeholder meeting at the Secretariat. 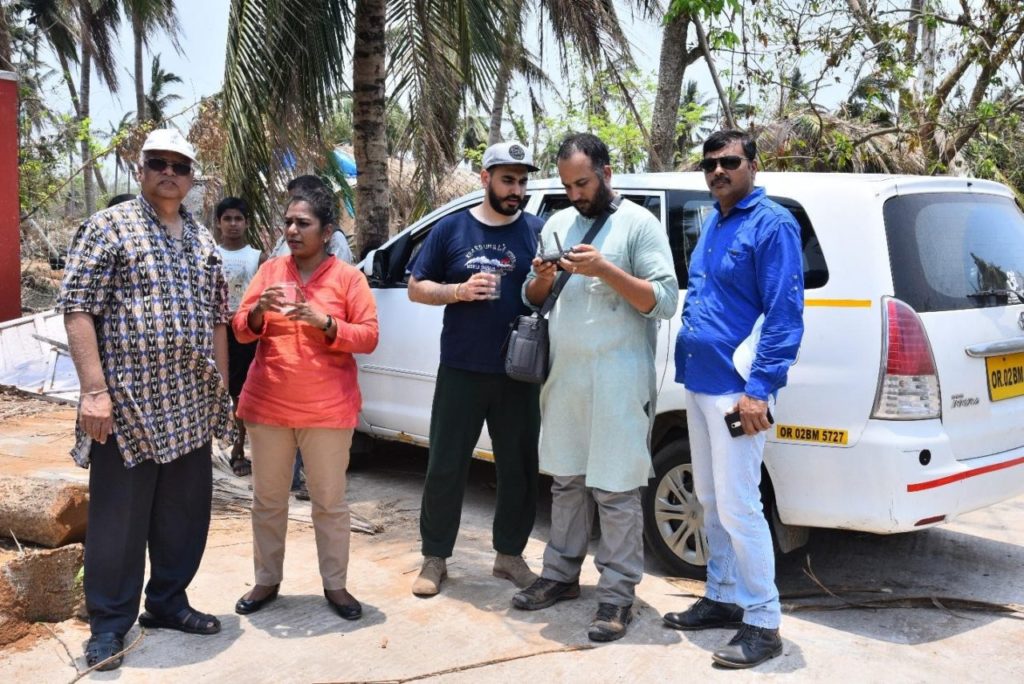 We were overwhelmed by the images of the dramatic  loss of green cover across this once lustrous district. Most critically impacted were  plantations, particularly coconuts, cashews and betel. We explored the area, witnessing the storm’s impact on mud houses, livestock, and boats, and connected with local communities.

As all the individuals and organizations came together around the common goal of helping Odisha and its citizens recover from the cyclone, India Flying Labs offered to create a local chapter of local drone and development professionals before the next cyclone season. India Flying Labs will also launch training programs and workshops with the help of local NGOs to strengthen our efforts in Odisha state. The next time a storm hits, this skilled group will be prepared to support the government by providing a rapid assessment of damage during the response stage and allowing aid to be delivered where it is needed most and allowing the community to get back on its feet faster than ever. They would be aiming at replicating a similar model in different vulnerable states soon.