There are seemingly endless sayings about failure. The website Goodreads, for example, lists no fewer than 2,870 quotes on failure. Not surprisingly, the vast majority of those quoted are Westerners. Try searching instead for “quotes about failure, from other countries,” and Google will give you the top 40 quotes about failed states. But we digress. We believe that failing and accepting failure is part of evolution. It’s all about mindset. Over the past six years, we’ve co-created a more robust and more sustainable network of Flying Labs thanks to hundreds of small and, at times big failures. And for this, we are grateful. The purpose of this post is to share our most important failures. We often share these in calls and meetings with partners and donors, but we’re overdue in sharing these more broadly. Why now? Now is as good a time as any. Why even share our failings? Have a read through the quotes above about failure. Learning and self-improvement are not possible without failure. So if others can benefit from our failures, then we’ll count that as a major win.

We founded WeRobotics several months after the first Flying Labs was in the process of being co-created (in Nepal). The months and years that followed were often met with confusion amongst partners and donors. “What is the relationship between WeRobotics and Flying Labs? Aren’t Flying Labs just WeRobotics Labs? Why are two different identities even necessary? Are they both legal entities?” We largely failed to provide a concise answer during the early years, which did little to stem the confusion. Some detractors with ulterior motives took advantage of this lack of clarity to claim that Flying Labs were owned, controlled, and micromanaged by WeRobotics. This couldn’t be further from the truth. Our failure to paint a clear picture of reality early on led to some painful moments.

Today, we are much better at explaining why and how Flying Labs are distinct from WeRobotics and describe the relationship between the two.

During the early years of the Flying Labs Network, we assumed that having “Regional Flying Labs” might enable more direct “South-to-South” knowledge exchange and capacity strengthening. The reasoning was that as a small not-for-profit organization, we might have more impact by collaborating more extensively with a few Flying Labs that are most keen to expand their capacity to the point that they become the primary source of training and technical support for other Flying Labs in their regions. We called these other Flying Labs “Affiliate Flying Labs.” Unfortunately, the introduction of regional and affiliate Flying Labs didn’t pan out the way we expected. It created more confusion. Flying Labs were already a new concept for many, and now we were suggesting that there were, in fact, different types of Flying Labs. This created more complexity. What’s more, having two different types of Flying Labs created a sense of division between Flying Labs, creating the perception that Regional Flying Labs are “bigger and better” than others. Talk about #FAIL.

Today, there are Flying Labs, plain and simple. 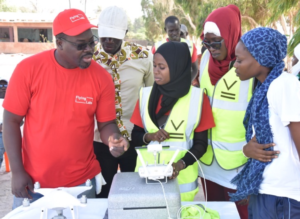 When we began to hear in 2020 that some large organizations were referring to WeRobotics as “Oh, those drones people,” we realized we were yet again failing. Upon further reflection, “those drones people” perception should have come as no surprise. Our initial communications strategy had focused almost entirely on the positive impact that drones can bring to different social good sectors. Why? Because back in 2015/2016, there were still more skeptics than believers. Small drones were still being written off as toys, or as dangerous, or both. So our priority at the time was to help build the evidence base for the value-add of drones. When this evidence began to gain traction, we shifted our communications strategy to emphasize that locally-led applications of emerging technologies are more effective, sustainable, and equitable. What we failed to do earlier rather than later, however, was to clearly emphasize that it isn’t about technology. Demand-driven inclusive models that shift power with local experts and organizations are far more important than any emerging technology.

Today, we have a clear Endgame and roadmap to achieve this Endgame. 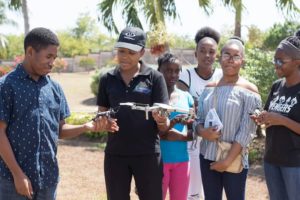 Rest assured, we will keep failing forward, learning, evolving, and sharing all of it. We hope this inspires you to do the same. And now, to end as we started, with an obligatory failure quote:

I’ve missed more than 9,000 shots in my career. I’ve lost almost 300 games. Twenty-six times, I’ve been trusted to take the game winning shot and missed. I’ve failed over and over and over again. That is why I succeed. ~ Michael Jordan