The “Right to Repair” has a fascinating history dating back to 1954 when “planned obsolescence” was introduced as a design strategy to boost sales by designing technologies to become obsolete before they fail. As the name suggests, the ” right to repair” seeks to give customers (and third parties) the right to repair the technologies they purchase, e.g., smartphones. The reason this movement exists relates to planned obsolescence as a design strategy. Indeed, one way to ensure that new technologies become obsolete before they need repairing is to make the repair process itself tedious, time-consuming, and costly. The customer will quickly give up on the repair and purchase the latest model of the smartphone instead. As technologies become increasingly sophisticated, intelligent, and autonomous, customers will become increasingly dependent on the whims of manufacturers to perform the costly repairs. This is a recipe for disaster on so many levels. Hence the “Right to Repair” movement.

Robotics technologies are not immune to Murphy’s Law. Like any other technology used in social good projects, robotics solutions such as drones can and do break down when you need them the most. Introducing emerging technologies in social good projects comes with a range of challenges and responsibilities. What’s the point of transferring robotics solutions to local experts and organizations if these platforms break and can’t be repaired locally? Systems change in the “Technology for Social Good” space will not be possible without the Right to Repair.

In one African country where Flying Labs operate, a major international organization purchased dozens of expensive drones for a large-scale mapping project. At least one of these drones had to be shipped back to Europe for repairs every other month. Not only does this increase the carbon footprint of the project and drive up the costs of the project, but it also creates significant project delays when half your drone fleet is out of the country for repairs.

So what to do? Going with cheaper, DIY drones doesn’t necessarily solve the issue. These don’t tend to be as robust or easy to use, even if they are more expendable than costly models. Civil Aviation Authorities also tend to be more skeptical of DIY drones. Sure, we could buy more reliable (expensive) drones along with backups just in case, but this requires more funding, and these drones will inevitably require repairs at some point. So this “solution” doesn’t address the underlying issue: the dependency created when introducing new technologies without having the ability and right to repair said solutions locally. (Yes, we’ve been exploring 3D printer solutions, but these break as well). 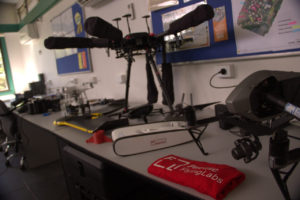 An increasing number of manufacturers in the drone delivery space offer leasing contracts that include the repair and/or replacement of drones as part of the lease. At first blush, this offers end-users some peace of mind around business continuity. Then again, if it takes weeks or even months to repair or replace a cargo drone, then this may well interrupt business operations. Furthermore, drone delivery companies can’t possibly argue that their platforms are good for the environment when they have to be shipped thousands of kilometers away for repairs or replacements.

This creates dependency, rather than autonomy; builds vulnerabilities rather than resilience. How is this “planned dependency” different from “planned obsolescence”? Yes, the drones themselves may be autonomous systems, but planned dependency prevents local drone teams from being autonomous and independent. They become directly dependent on drone manufacturers based on the other side of the planet. And as we’ve seen with the pandemic, international travel restrictions can present significant problems. In short, planned dependency, like planned obsolescence completely undermines the basic right to repair.

Of course, as noted above, one could buy spare drones to serve as backup. And this certainly is good practice to ensure business continuity. But this practice is expensive. What’s more, the backup drones will spend most of their time on the ground collecting dust, which is not exactly providing a return on investment.  What if, instead of offering to repair or replace drones, the cargo drone manufacturers enabled and gave the right to repair said drones locally? Drones could be repaired on-sight within hours or days at most. So there would be far less need for backup drones. What’s more, enabling and giving the right to repair locally may create new opportunities for local businesses and entrepreneurs, thus creating local jobs and ventures. 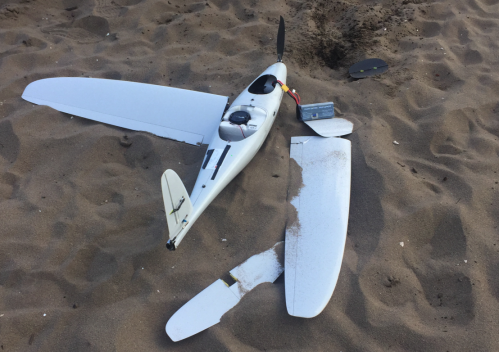 There is another possible future scenario. Drone companies prevent the right to repair, which pushes users to ignore the companies and do what they can to fix the drones themselves. Doing so is typically far less time-consuming and costly. This is already starting to happen and is hardly an outcome that drone companies want as it creates even more risks (including reputational risk).

Like smartphone companies, drone companies are wrong to fight against the right to repair. Some of the reasons they present to explain their resistance are superficial at best. This attitude is myopic and ultimately counterproductive. Customers are more likely to have greater loyalty to a company that provides them with the ability and right to repair. Having happier customers and a smaller carbon footprint is undoubtedly a plus for the triple bottom line. We, therefore, call on regulators and robotics companies to take active steps to enable the right to repair in their industries. In the meantime, those using drones in social good projects should actively consider developing a standard “Repairability Score” for drones, something that the French Government has done for other technologies.