Do international organizations in the social good space have an endgame? The next time you speak with an organization that focuses on humanitarian aid, global development, public health, nature conservation, etc., ask them what their endgame is. If they reply with “Our endgame is to scale x, y and z,” then you may want to remind them that the scale of an organization doesn’t necessarily equal the scale of its impact or its endgame.

The scale of an organization doesn’t necessarily equal the scale of its impact or its endgame.

As authors Alice Gugelev and Andrew Stern explain in their article, What’s Your Endgame? on SSIR, an endgame is “the specific role that a nonprofit intends to play in the overall solution to a social problem, once it has proven the effectiveness of its core model or intervention.” What’s more, “a nonprofit that defines its endgame early will tend to make better use of resources during its initial stages of growth.” Having forever missions is not an Endgame, nor is “continuous growth and ever greater scale.” Indeed a worthy endgame for social good organizations is to end needs, not just meet needs. What if international humanitarian organizations, for example, were no longer as needed? Wouldn’t that be celebrated across the planet as an incredible success? “The purpose of a nonprofit, like the purpose of an individual life, should derive from its inevitable conclusion.” 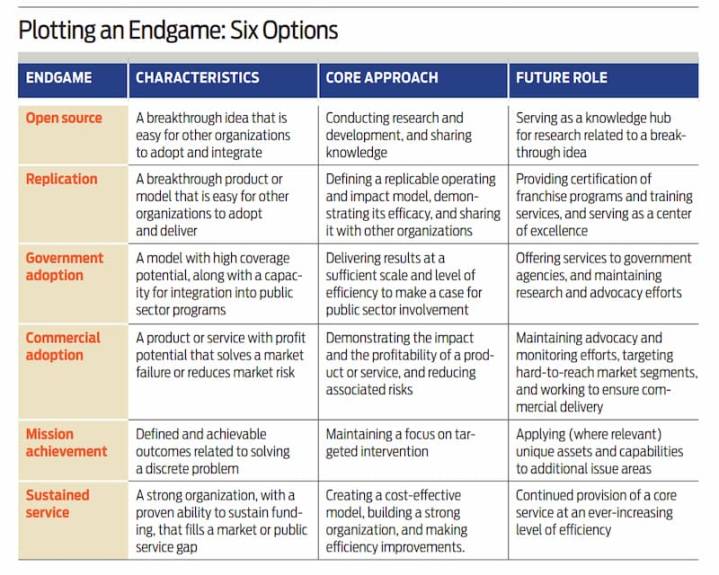 Our endgame is replication. We have co-created an inclusive model that successfully and responsibly shifts power with local experts and organizations in the “Robotics for Good” space throughout the last five years. Our flagship program, called the Flying Labs Network, is the core approach to our endgame, our “demonstration of efficacy of a replicable operation and impact model.” Having an endgame was our aim from the day our organization was born. Our goal was never to grow WeRobotics but instead, grow the demand-driven Flying Labs Network. However, the clear definition of our endgame has been a multi-year journey. As our lived experiences with the Flying Labs Network grew, so did our understanding and clarity of our endgame: making the model that powers the network easy enough for other organizations to adapt and adopt it across multiple sectors.

… a nonprofit that defines its endgame early will tend to make better use of resources during its initial stages of growth.

Why did we choose this specific endgame? Because we want systems to change by shifting power from the global to the local. We want to change the notion that the ideal expert must necessarily be a foreigner. We want to contribute with a solution that allows valuing lived experience and decentralizes and localizes operations and decision power.

What about our flagship program, the Flying Labs Network? As the authors of Endgame write, “nonprofits need to account not just for the impact they hope to achieve, but also for the sector-wide change they aim to promote. Scale, in this context, takes on a new meaning. Indeed, for some organizations, achieving impact on a large scale will involve slowing the growth of their budget and transferring services to other providers.” This is just one of several reasons why we’re working with Flying Labs to co-create FlyingLabs.org as an independent legal entity. Over time, the local executive team of FlyingLabs.org will become the primary enabler of the Flying Labs Network to take the network to the next level. 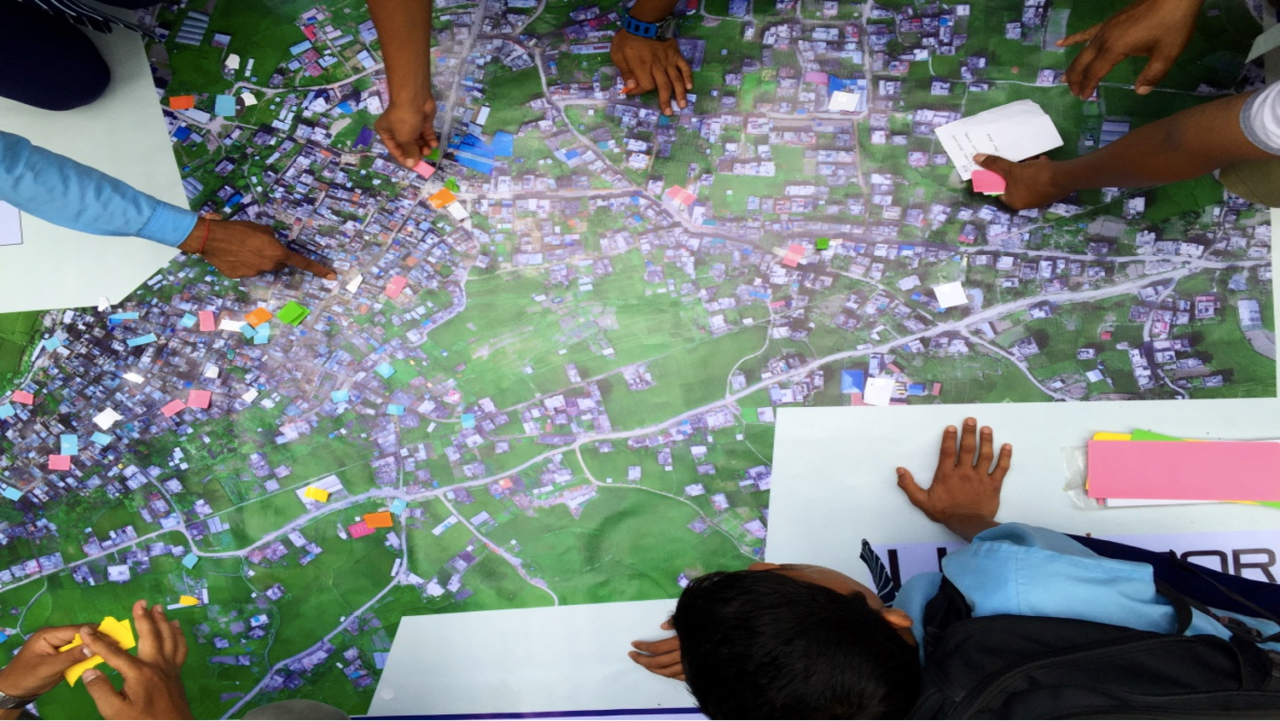 “The hard truth,” as Alice and Andrew note, “is that a nonprofit is likely to be most effective if it pursues an endgame that centers on creating a movement through an open source or replication model […].” The Flying Labs Network is an example of our replication model and joint movement with individual Flying Labs. Our goal is to expand this movement with other like-minded organizations equally committed to changing how the social sector works by shifting power with local experts and organizations. Therefore, our future role is to become an active contributor to systems change, inspiring and enabling others to shift their power.