Flying Labs are independent, unique, and locally-led knowledge hubs. Connected across 30+ countries in Africa, Asia, Latin America, and beyond, these hubs form the Flying Labs network and use emerging technologies to drive positive social impact. WeRobotics serves as the primary enabler of the Flying Labs network and has done so for five years. We really treasure this role. At the same time, it’s not about us. It’s about the need for meaningful impact, social justice, and systems change in the social good sector. It’s also about comparative advantage. We may not be the best qualified to enable the Flying Labs network five years from now. In fact, we’re quite sure we won’t be. 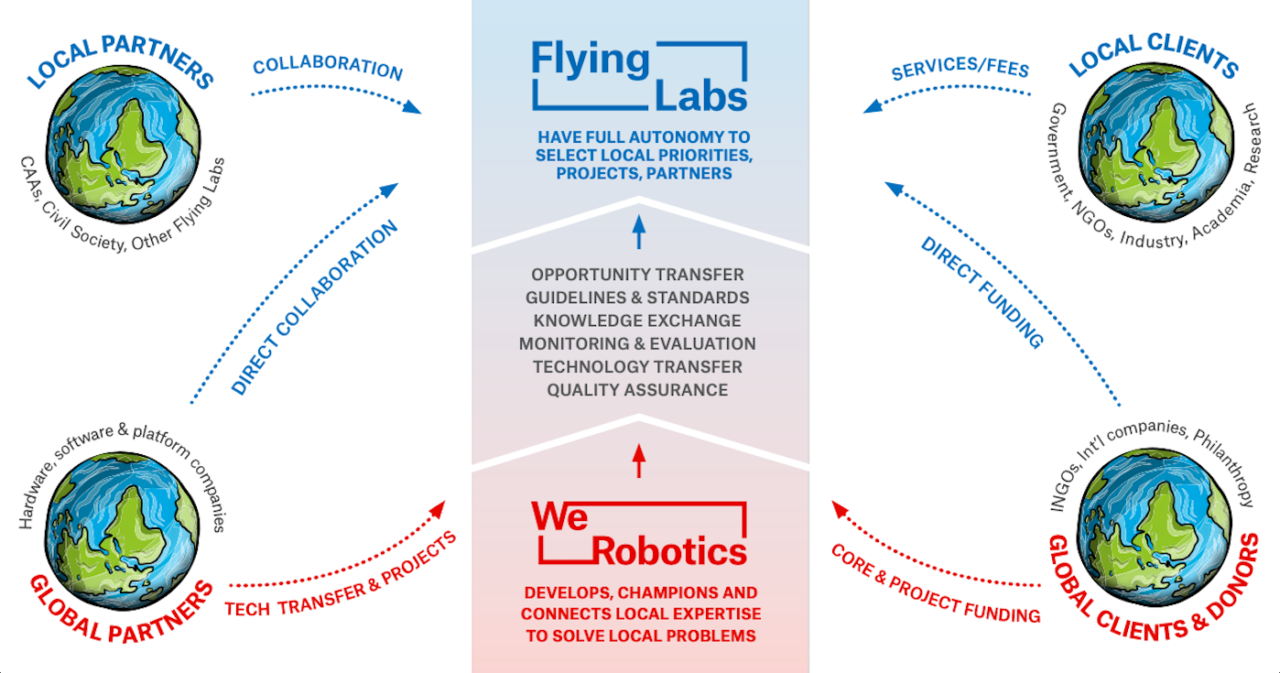 This is not something you read every day (i.e., a Western NGO recognizing its future limits vis-a-vis its flagship program—Flying Labs, in our case). It isn’t a given that we have a comparative advantage in guiding the Flying Labs network’s future phases and substantially expanding its impact. Don’t get us wrong; we could certainly try. Nothing says we can’t give this our best shot. And the results could well be positive, particularly for WeRobotics. But then we’d run the risk of contributing to systemic inequality in the long run and may find that our impact in the medium run is limited given that we’re not based in Africa, Asia, or Latin America and do not have relevant lived experience. We’re thus co-creating a transition plan to simultaneously expand the impact of both the Flying Labs network and WeRobotics.

We discussed this with Flying Labs during the 2020 Flying Labs Retreat, which led to the co-creation of the “Flying Council,” made up of self-selected representatives from multiple Flying Labs. The Flying Council aims to co-create and implement the roadmap to establish an independent, locally-led legal entity deeply rooted in the Global South. This entity, which we’re referring to internally as FlyingLabs.org, will be better positioned to level-up the Flying Labs network and substantially increase its impact under the leadership of qualified executives from the Global South(s) who bring fresh ideas and new energy. We’ve written about the transition plan here, here, here, and here. You can also hear directly from the Flying Council here. The Council has since co-created the roadmap for FL.org, which they presented at the recent Flying Labs Retreat and concrete next steps. They’ll be sharing these in future blog posts as part of this Shift the Power series. 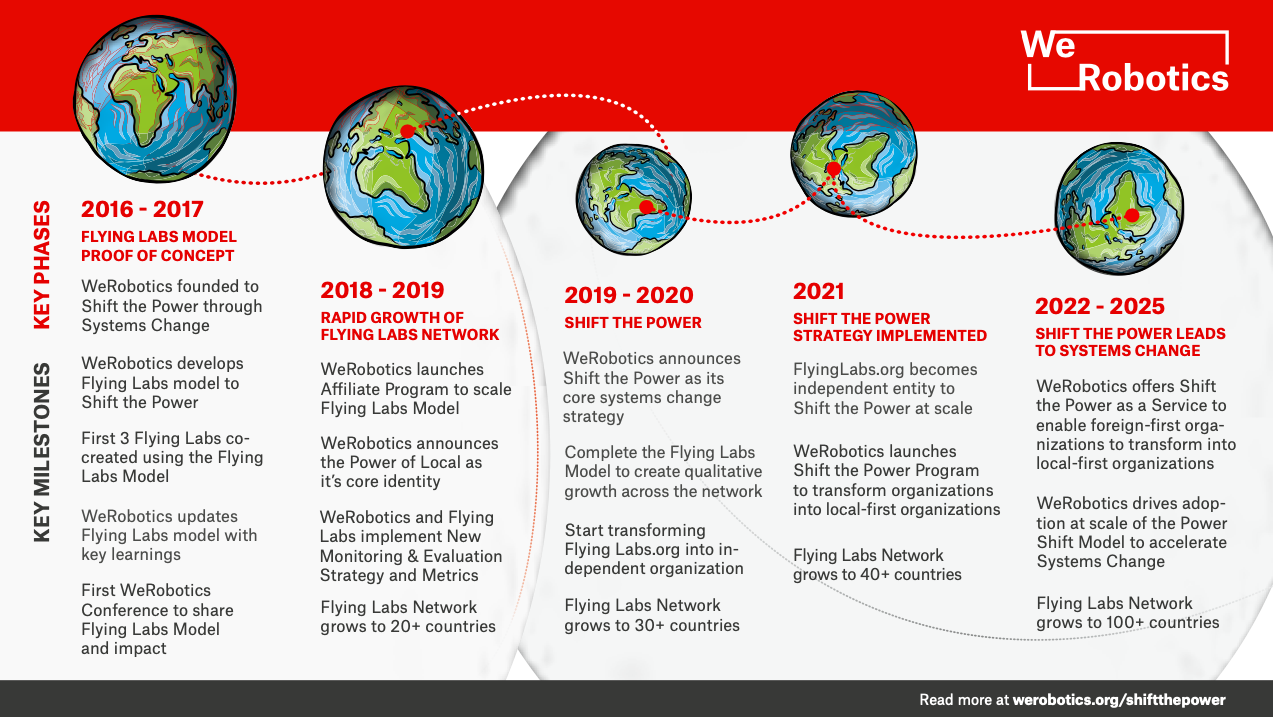 So, we’re just getting started! The Flying Council, not WeRobotics, determines the timeline for transitioning to FlyingLabs.org, which the Council has decided not to rush. The Council has mapped out a thoughtful transition plan that will take several years to implement, based on when funding is secured to staff and operate FlyingLabs.org. In short, the Council wants this transition to succeed and is wary of shortcuts.

“So what will the relationship between FL.org and WeRobotics look like once most of the transition is complete?”

This question came from one of the Latin American Flying Labs during the recent Flying Labs Retreat. The answer: This is for the future leadership of FlyingLabs.org to decide. Perhaps one model worth exploring is the relationship that WeRobotics has with Panama Flying Labs. If FlyingLabs.org’s leadership decides to adopt this model, then WeRobotics will be contracted for specific tasks and deliverables as needed.

In sum, the purpose is to expand the positive impact of the Flying Labs network and WeRobotics, which won’t happen by doing business as usual. This is not a decision to phase out WeRobotics. While this model may seem unorthodox, the point is to expand both WeRobotics’ and the Flying Labs Network’s impact. This is why one of the next steps for WeRobotics is to focus on systems change by driving the Flying Labs model’s adoption at scale. And we’re already laying the foundations for our transition, which will also take years to complete and may well become a full-time job.

Having the opportunity to lay these new foundations is exciting and motivating, especially as we get to work on systems change more directly and do so in close collaboration with our new Board of Directors. While our comparative advantage as the Flying Labs Network’s primary enabler will decrease over time, as we gain more experience, credibility, and visibility, our comparative advantage in driving the Flying Labs model’s adoption at scale will increase over time. In other words, we’re just getting started.