One of the Flying Labs’ primary missions is building local capacity for drone use in the Global South. Benin Flying Labs conducts a series of training all over the national territory as part of this vital work.

Benin Flying Labs hosted a workshop for the students of two school partners of the Sèmè City Project. Sèmè City is the city of international knowledge and innovation. The African continent’s economic, social, and cultural challenges require us to innovate beyond existing frameworks. Sèmè City is a space where resources are brought together so that entrepreneurs, researchers, students, and professionals can rethink tomorrow’s Africa. On November 20, some 45 students of the Epitech and Africa Design schools attended the event to introduce them to drone sciences and its various components.

The training was divided into two parts: theoretical and practical. The theoretical topics included:

The second session covered practical aspects of drone use, such as:

The attendees were so delighted that they were unable to remain seated. They stood to watch the show closely and flooded the trainers with questions. They said this training would significantly impact their studies, adding that they were dreaming of manufacturing drones and that Benin Flying Labs can help them achieve that goal. Some intend to pursue their courses in robotics to make Benin a drone hub. 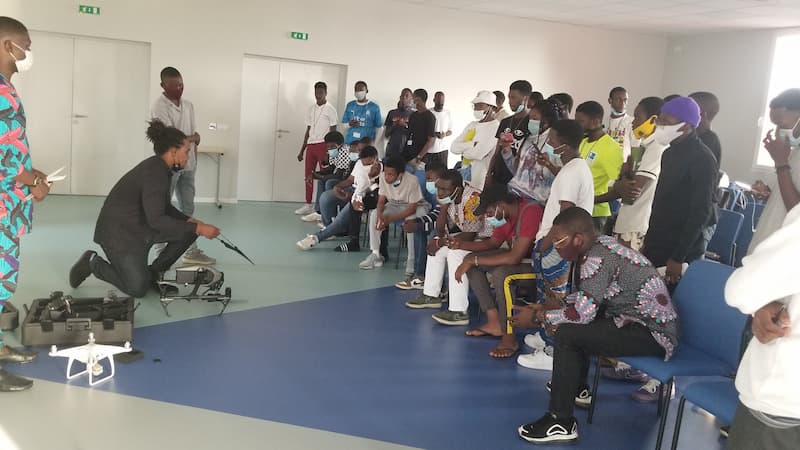 We thank Benin Flying Labs’ partners Atlas-GIS and ABePA-Drones for their support of this successful training. We also extend our regards to WeRobotics and the Sèmè city leaders.