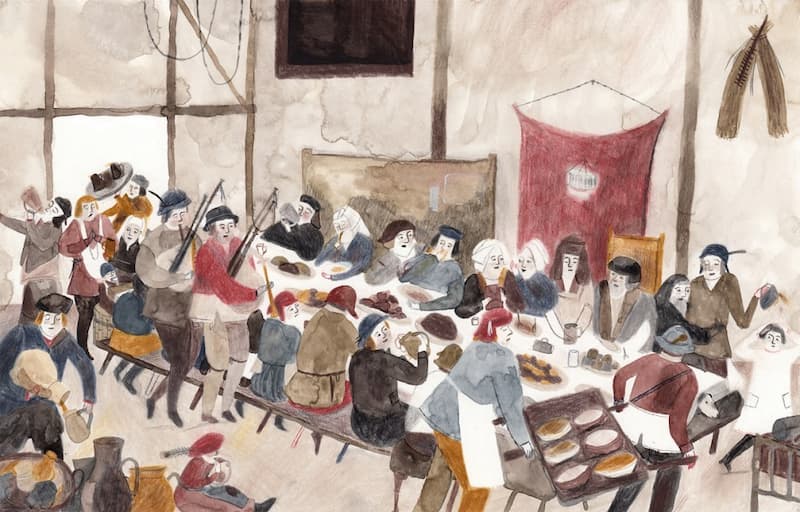 When we talk about ‘shifting the power,’ it’s vital to add the word “back”—shifting the power back to local. Why? Because power was far more localized in the past. The rise of the Nation-State eroded this power over time by imposing foreign, top-down, techno-centric standards on local society. These standards, developed by those in power to make society more legible, served to simplify state-building and consolidate power. Take language, for example. As James Scott explains in Seeing Like a State: How Certain Schemes to Improve the Human Condition Have Failed, “the imposition of a single, official language may be the most powerful [standard], and it is the precondition of many other simplifications. This process should probably be viewed […] in the case of France, as one of the domestic colonization in which various foreign provinces […] are linguistically subdued and culturally incorporated. One can hardly imagine a more effective formula for immediately devaluing local knowledge and privileging all those who had mastered the official linguistic code. It was a gigantic shift in power. Those at the periphery who lacked competence in French were rendered mute and marginal.”

To shift the power back to the local, one must understand how that power shifted away from the local in the first place.

While French became the country’s official language in 1539, Scott’s observation of language remains highly relevant today, especially in the so-called “Technology for Good” space. Think technical language. One can hardly imagine a more effective formula to devalue local knowledge than the imposition of foreign technical languages riddled as they are with endless jargon and cryptic acronyms. As noted elsewhere, “Innovation-speak allows us to acquire the power of Imperial Rome while insisting on its fundamental innocence…”. The primacy of technical language is more of an ideological commitment to the West’s supposed superiority than a serious attempt to solve meaningful social problems. In Toward a Rational Society, the philosopher Jürgen Habermas describes “the colonization of the public sphere through the use of instrumental technical rationality. In this sphere, complex social problems are reduced to technical questions, effectively removing the plurality of contending perspectives.” Those in the periphery who don’t understand technical languages are rendered mute and marginal. Indigenous technical knowledge is devalued and rendered invisible. The human condition becomes a singular story told in technical language and from a distinct perspective. The danger of the single story is all too real. It robs the local of the power it once had. And so, “the great failure of rationalism is not it’s recognition of technical knowledge, but it’s failure to recognize any other. (Pascal, quoted by James Scott, Seeing Like a State).

In conclusion, “the point that I am making would hardly need emphasis or elaborate illustration except for the fact that a certain understanding of science, modernity, and development has so successfully structured the dominant discourse that all other kinds of knowledge are regarded as backward, static traditions, as old wives’ tales and superstitions” (Scott). Alas, “there seems to be no door in this epistemic edifice through which metis or practical knowledge could enter on its own terms.” This is why inclusive stories told from multiple languages and perspectives are essential. They create and revive narratives that help us shift our mindsets. They remind us of the Power of Local and why power must shift back to the local. For this to happen, the Power of Local must once again be genuinely valued by all. Radical inclusion must be valued by all. This gives us our best chance to navigate through the many literal and metaphorical storms we face on the planet.