By Alex Castellon based on his Masters Thesis, The Social Construction of the Humanitarian Health Drone: socialising the UAV

‘Humanitarian drones,’ making use of unmanned aerial vehicles (UAVs) for the promotion of human welfare, has grown as a model in the past decade as use-cases and simple applications have soared. This phenomenon was the subject of my masters’ thesis, developed over three months, and summarized in this blog post.

The guiding principle behind my research was the concept of the ‘social shaping of technology,’ broadly designating the interactions which occur between and within the domains of the ‘social’ and ‘technology.’ This perspective counters notions that scientific and technological knowledge is independent of context and that they follow a linear path of progress. As seen through the constructionist lens, both are demonstrably the product of individual and collective perceptions and learning. The social is not limited to norms and people but instead extends into the economy’s institutional organisation, political systems, and more. One can think of it as a Venn diagram, as complex interconnections make seemingly isolated spheres overlap. Technology can be dissected within this view; a ‘hardware’ definition emphasises limiting itself to the person-made objects. However, a more comprehensive take also includes the activities and knowledge which require and are required to operate, manipulate, and indeed ‘make use’ of the object, without which the machine would be effectively useless (MacKenzie & Wajcman, 1985, p. 3). It is only through an external knowing of the object that it comes into practicable existence, a conclusion which highlights the necessary interactions between technology and the social. 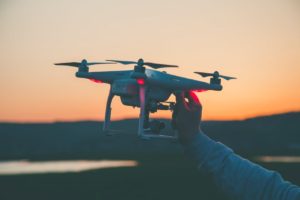 The stakeholders (participants in the conceptualisation, production, and deployment of a technology) each engage with technology in ways that symbiotically influence the shape and usage of a machine and are influenced by existing and evolving conceptualisations and knowledge. The social consequences of technology are easily illustrated, as periods of great social reorganisation were born from the invention of the printing press, the steam engine, the computer, and many more in between. However, the influence of social environments and ‘choices’ on a particular technology’s ultimate form is lesser-acknowledged. The daily decisions intrinsic to all steps of development and application are made by people, with unique understandings, prejudices, and personalities. Such a perspective explicitly counters ‘technological determinism’, the belief that technology is an inherently neutral and independent force for good. Each new element is the product of a rationalised and logical process. Technology is instead ‘negotiable’; the eye to the future of engineering influences the decisions made in the present across the entire creation process, from inception to market entry and even further. As such, the visions and perceptions motivate and guide the decisions made across the entire process. Illuminating these opens the ‘black box’ of technology and facilitates insights into the sociocultural factors affecting the shape of drone technology.

A range of stakeholders are involved in drone technology. Although the industry is large, certain transnational ‘key players’ dominate the markets, carrying a much larger voice than smaller and localised organisations. Guided by profit-seeking, emphasises on lucrative areas, routes, and markets lead to reinforcing existing global inequality. Through their regulatory decision-making, states are also stakeholders, even more so when the state in question is seeking to legitimise military drones. This is the UK case for example, which since the beginning of the decade has invested public funds into programs for the legitimation of drones, specifically surveillance drones, for domestic use. NGOs participate in the social shaping of technology by operating without a profit motive, creating the potential for more humane and inclusive operations, and influencing others by offering a more neutral perspective. However, the phenomenon of technophile humanitarianism promoted greater technological integration into humanitarian missions, which in the case of drones has lent credence to the idea of the ‘good drone’, the antithesis of the drone-strike ‘assassin’ drones. These contribute to the ideas and images attached to the drone. The last of these stakeholders are individuals and the communities which they form. Rwanda’s Paul Kagame was instrumental to the contracting of Zipline for national drone deliveries, illustrating the impact one person can have on technological development.

Moreover, social environments cannot be extricated from those engineering, producing, and operating drones. More so, individual agency and collective perceptions participate in the negotiations of acceptance, fear, and risk management. Hence, the principle of ‘localising’ drone operations participates in reducing ‘humanitarian colonialism’ and allows for better understanding and appreciation of local sensitivities. 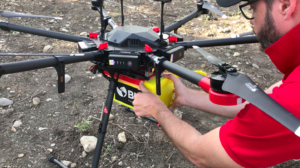 A field particularly impacted by the greater introduction of drones has been public health and healthcare. Attention increasingly queries whether drones may provide solutions to logistical and optimisation demands in the medical field. Numerous academic investigations have begun to analyse potential roles for drones in domestic systems for cargo-delivery of organs, blood, and medical supplies, transporting emergency medicines and defibrillators for out-of-hospital emergencies, and seeking out illness through onboard cameras and sensors. Pandemics like the Ebola crisis in 2014 (Emery, 2016; Sandvik, 2015) and the current SARS-CoV-2 pandemic are examples of crises that have created cathartic environments where drones are being tested in creative ways to tackle new challenges. My research suggests a strong current of techno-utopianism, encouraging the greater integration and deployment of drones. Building on Sandvik’s ‘drone utopianism’, UAVs are found at the heart of a vision which legitimates using drones to solve problems, often lending itself to ‘solutionism’ where overly reductive answers are given to resolve deeper and longer-term systemic issues. This is the result of financial interests, as the strongest proponents of widespread drone usage are the businesses marketing their services. The most marginalised are not the primary beneficiaries of this technology, even when philanthropic narratives of progress and development are used to justify greater deployment of drones. This reinforces the unequal distribution of resources and healthcare services, potentially widening the Digital Divide.

Using discourse analysis, I analysed a wide range of primary sources, including blog posts, news articles, videos, tweets, images, and more, to find recurring ideas and themes. The two most prominent were drones as ‘lifesaving’ and ‘revolutionary’ technology. These somewhat interlinked understandings support the ‘good drone’ narrative, as often unempirical assertions of positive characteristics insinuate simplicity in the moral equation of drone operation and contribute to technological determinism or drone utopianism by only demonstrating the positive sides of the debate. Moreover, the ‘revolutionary’ discourse appears to be a techno-optimistic one based in marketing rhetoric, communicating ideas of progress and solely-positive development—a tenet of technological utopianism—rather than qualifiable scientific and engineering change.

Further, an inside/outside division is created in sources, as drones are rhetorically used to connect the technological urban centre to the ‘hard-of-access’ ‘rural’ peripheries. Using the asserted ‘lifesaving’ qualities as justification, this perception acts on multiple levels, from the local to the Global North/South; as exemplified by Matternet’s presentational materials, the drone is packaged as a high-tech solution to issues of “underdevelopment,” ‘leapfrogging’ “dirt road” villages into connections with Eurocentric technophile visions of modernity.

The moral rhetoric promotes drone utopianism through the circumvention of systemic issues and inequality through ‘quick-fix’ solutions. This arguably imposed Western technological modernity also reveals another theme, or rather notable absence, in sources: the almost complete silencing of individual and community stakeholders. People are often seen but not heard, skewing representations of their desires and fears living under drones. This absence of individuals, communities, and differing cultures favours a technocentric discourse of top-down governance, one-sided, and even arguably colonial approaches to drone deployment.

Other interrelated themes are applications and risk, each influencing the shape and potential of the other. These participate in influencing new deployments and perceptions of what is possible. One particularly relevant example is the ‘epidemic drone’. This construction, appearing extensively for Malaria, Ebola, and COVID-19, promises to ‘see’ illness. These designs are embedded in specific contexts of epidemiological crises, which reinforce the idea of the ‘good drone’ by appearing to support the tackling of current issues, however, tending to overlook resource-oriented pragmatism. 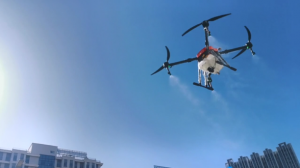 Tweets were a particularly innovative source of discourse, dominated by industry members and representatives. The overall discussions found in #DronesForGood and #DronesSaveLives, were supportive of drone integration, pushing forward different media to support their cases. Interestingly, Twitter did give space for smaller local companies’ voices and those of women, too often marginalised from STEM subject areas.

In sum, a constructivist approach to humanitarian medical drones illustrates the machine’s socially embedded nature, allowing a critical analysis of its interactions with societies across the world. Fundamentally, there is a construction of the ‘good drone’ in contrast to the ‘bad’ military drones, with these moral associations trying to create distance from the controversial targeted killing operations. This technological transfer to the civilian world necessitates public acceptance, which is sought by the technologically utopianistic discourses outlined above. Visions are used by businesses, policymakers, and communities differently; outlining how they are being shaped and molded gives a greater critical perspective to their interpretations.

Read more in Alex’s thesis, The Social Construction of the Humanitarian Health Drone: socialising the UAV