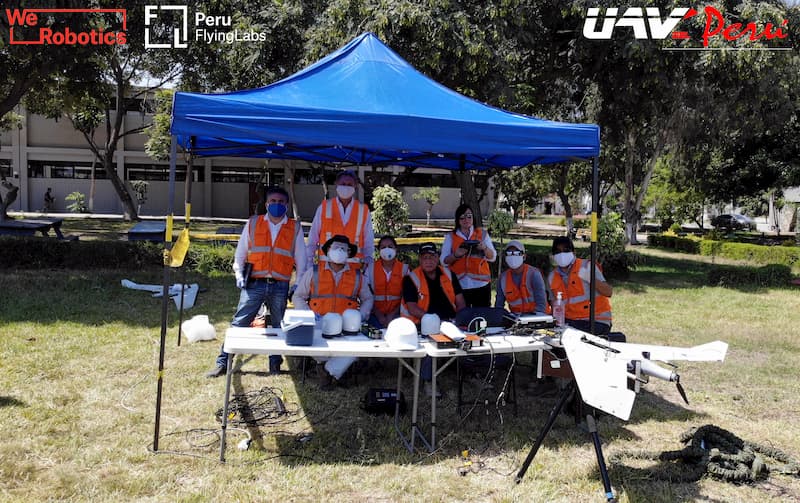 The COVID-19 crisis arrived in Peru in early March, making the government prevent the virus’s spread. In this way, the mandatory quarantine was ordered for all citizens, causing astonishment and uncertainty. This led to a sequence of actions that obliged the authorities to be stricter, but the problem kept increasing because people didn’t want to stay home.

People were only allowed to leave their homes for specific activities like buying groceries or medicines and going to hospitals only for emergencies. However, at the beginning of April, all the events, except for emergencies, were forbidden on Sundays. By this point, the COVID-19 infected curve kept growing dramatically, causing the AF to ask for help.

The authorities determined that the areas with the highest concentration of people were markets, on Mondays and Saturdays. That is how they requested support to carry out surveillance in three of Lima’s main markets. Over two days in April, we used long-range drones to record and live-stream these places’ status. We also captured valuable images used later for an orthomosaic (750 HA approx.) and an AI analysis. 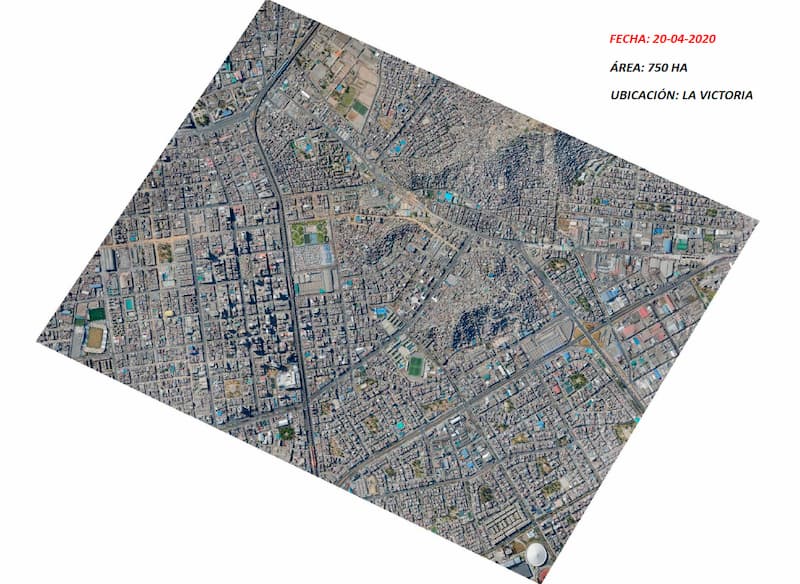 The results obtained from the collected data were three:

We used Picterra to analyze the images automatically. With this, we could count the number of vehicles, trucks, and umbrellas (in the outdoor markets), and by assigning several people for each object, we could get a total estimate of people by market. For example, when comparing the outcomes of both days, we concluded that on Mondays, the markets were 30 percent more crowded than on Tuesdays. The final results of this operation were presented to the relevant authorities, who were then responsible for delivering them to the Minister of Health and the President. A couple of weeks later, Sunday’s curfew finished. Although we don’t know with certainty, we think our work significantly influenced this decision. 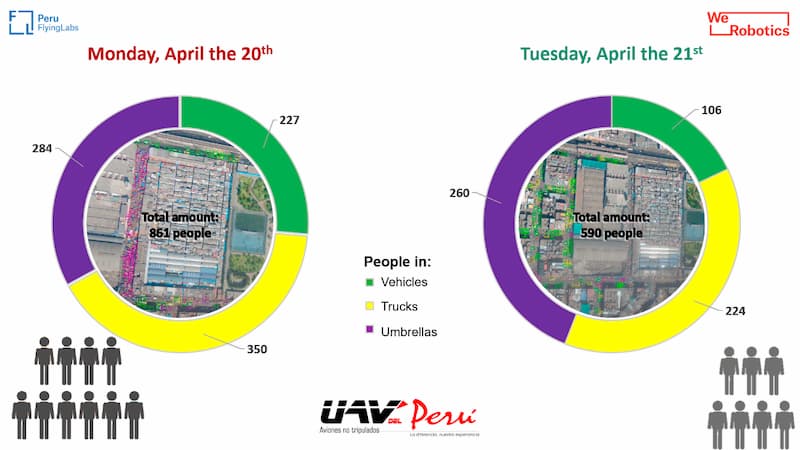 This pandemic caused by COVID-19 tested us, as individuals and as a team. But it also allowed us to prove the value of technology in different scenarios. The impact was huge for us and our client, who was extremely pleased with our job because we did much more than what was initially requested (surveillance).

We hope that this will lead us to have more opportunities to use our resources and support many more causes. We especially appreciate our team’s willingness, who, leaving the security of their homes, came out to provide support not only to the government but also to the entire country.