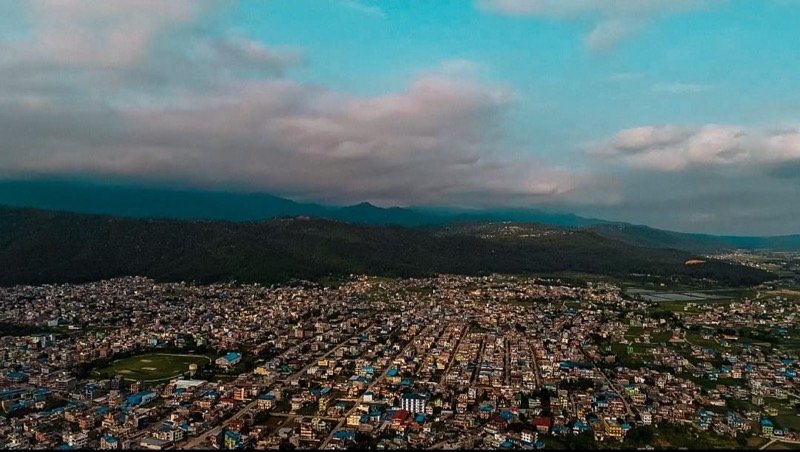 Nepal is one of the top ten fastest urbanizing countries in the world. Decades of a centralized development approach in Nepal pushed Kathmandu, the nation’s capital, to urbanize faster than other parts of the country. As a result, roughly 6.5 million people live in an area of approximately 100 sq.km. (approximately 21,000 people/sq.km) making Kathmandu one of the world’s densest cities by population. And with annual population growth around four percent, Kathmandu is one of South Asia’s fastest-growing cities.

In 2014, the level of urbanization was 18.2 percent, with an urban population of 5,130,000, with a three-percent growth rate (UN DESA, 2014). The urbanization is dominated by a few cities like Kathmandu, Pokhara, Biratnagar, with an excessive population concentration in the Kathmandu Valley itself. This high urban growth has been occurring in the Kathmandu Valley, the Pokhara Valley, the Inner Terai valleys, and in market and border towns located on highway junctions between the East-West-Highway and the five main north-south corridors.

Nepal’s recent transformation into a federal system of governance introduced local governments, which are aiding the urbanization in other parts of the country. To properly plan this rapid urbanization, geospatial data, and detailed mapping of the urban clusters are essential. Satellite imageries are not enough to map these dense areas as there are close allies, dense buildings attached, making the object identification quite complicated. Thus Nepal Flying Labs, together with several local partners, developed an initiative to use drones to map some of the dense urban clusters around the Kathmandu valley. Moreover, the aerial survey work was best to do during this time as the Government of Nepal’s commitment to lock down the whole nation for preventing the spread of the COVID-19 pandemic. This activity caused a significant drop in air-traffic (around 0 to three international and domestic flights per day). The gradual improvement of air quality and visibility due to the limitations of on-road travel, physical movement, and weather conditions provided a unique opportunity for high-resolution mapping and spatial data gathering.

Today, poor urban planning, lack of public infrastructure, and overcrowding give rise to life-threatening risks to the valley’s urban population. The lack of high-resolution imagery of the city is a severe challenge for Disaster Risk Reduction (DRR) experts and urban planners, as witnessed during the 2015 earthquakes.

With the initiation from Nepal Flying Labs to address the challenges faced by the city, a group of organizations and experts came together to help the municipalities within the valley to prepare updated and high-resolution maps of their respective municipalities for future use. Under the leadership of the Kathmandu University and ICIMOD private geospatial service provider companies like Airlift, Pathway, DroNepal, Naxa, and some independent development experts came together for the first time contributing in the different phases of this mission. The team used different fixed-wing UAVs and hybrid VTOL UAVs to map Changunarayan and Thimi Municipalities upon the leadership and support from them. Sensefly Ebee drones and Nimbus Foxtech drones were used for the aerial data collection purpose.

Mayor Som Prasad Mishra of the Changunarayan municipality said, “We have started the drone-based high-resolution mapping of the city to use these images to prepare an updated urban-based map of the municipality.” He aims to combine the household survey data recently collected by his municipality and the geospatial data from drones to prepare a robust household-level information management system for his city.

Hetauda is the capital of Bagmati province situated 86 km south-west of Kathmandu and another rapidly urbanizing city of the country. With the lead of the Institute of Himalaya Risk Reduction, project Design, and overall supervision from Nepal Flying Labs, data collection by pilots from DroNepal and ING Nepal, GIS & Mapping service provider NAXA and Nepal Engineering Association of Bagmati Province) came together to map the city during this lockdown. The Mayor of the Hetauda Sub-metropolitan City inaugurated the project. Travel restrictions made the team constrained to using the only available DJI Phantom 4 Pro drone for the data collection purpose. The technical team first laid out accurate Ground Control Points (GCPs) all over the Metropolitan city and started collecting aerial imageries. The team had installed about 45 GCP at different locations of the city. The team flew drones for 26 days over 110 km2 area capturing 16244 Images using a  single Phantom. Again thanks to DJI, as we were able to cover a larger area with the only Phantom after our recent Road survey work.

Thanks to the Pix4D software, we were able to quickly process a section of the urban area, created an interactive map using Pix4Dmapper and presented it to the Mayor’s office to explain the project outputs and its benefits.

Mayor Hari Bahadur Mahat of the Hetauda Sub-Metropolitan Municipality said that Hetauda Sub-metropolitan had prioritized the use of frontier technology, like drones, to generate high-resolution maps. It will track the public places, the status of the river network, and other inventories. Besides, the obtained maps will also help in drafting the urban planning, resource, and capacity mapping, house numbering system, updating the base map of Hetauda Sub-Metropolitan, and so on.” Mayor Mahat also thanked the team who contributed to this initiative, for the first time, in Hetauda.

Possible Uses of these data sets:

As there are several partners engaged in the Mapping activity inside and outside the city, the project team is currently finalizing the partnership modes. Once completed, the technical teams would participate in several initiatives. Some of the possible uses of these datasets could be:

An aerial mapping survey using drones/UAVs of this scale and magnitude with input from several actors from the same domain has not been attempted before this project. The project is a significant and historic achievement for the team. The project will benefit the local and federal level governments and help the NFL and all other partners in the consortium scale-up the project to other sprouting urban centers across the country. Furthermore, with minor adjustments and modifications in the approach, such projects can also potentially contribute to rural development and planning, particularly in the remote Himalayan regions of the country where road connections are poor.

The technical team has prepared a short video highlighting how different data layers can be accurately digitized utilizing drone imageries.

The project team thanks WeRobotics for providing the microgrant support to cover logistics and hardware expenses during the project. We would also like to make a public request welcoming any potential partners, individuals interested in working further in this initiative, in making maximum utilization of the captured datasets for the benefits of the local governments.