In the framework of its partnership with IPAR, Senegal Flying Labs conducted a sharing workshop on a project on the mapping of salt lands of the commune of Loul Sessène by drone, on March 14, 2020. In the conference room of the commune of Loul Sessène, we shared with local authorities and the civil population. Local civil society actors and professional organizations have actively participated in the activities, including ENDA, ANCAR, CAD de fimlane, CLM. 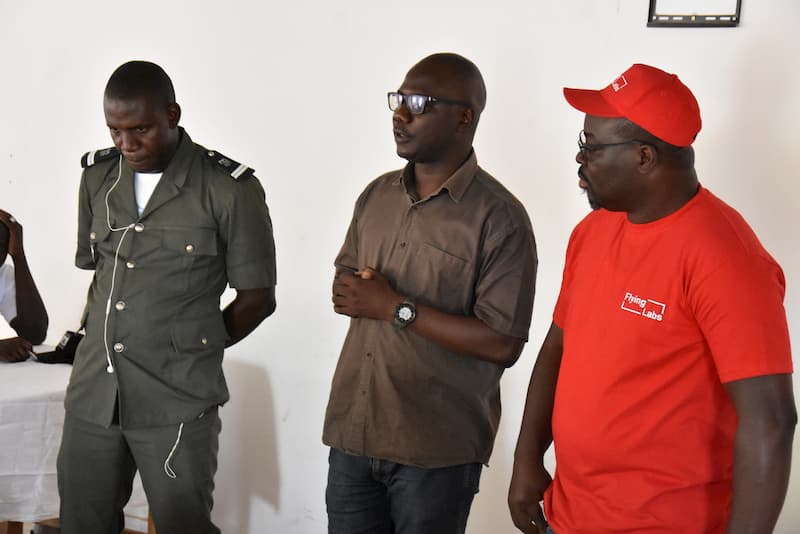 Mapping the salty land of the commune of Loul Sessène by drone provides local authorities and their partners with tools to aid decision making and action. The recommended methodology consists of processing images collected by drones throughout March/April 2020. This period coincides with the maximum accumulation of salts on the ground surface. The processing and analysis of the images will be done with the image processing software Pix4Dmapper and ERDAS©.

The deliverables will allow the acquisition of maps with an accurate calculation of the area occupied by salt using ArcGIS© mapping software. The primary deliverables were an orthomosaic image of the area; a map of the land-use units; a map of the spatial distribution of the salt land, a DTM map to know the location of the land in relation to the altitude and to guide the control strategies and production of statistical data of the land-use units and the area invaded by the salt tongue. 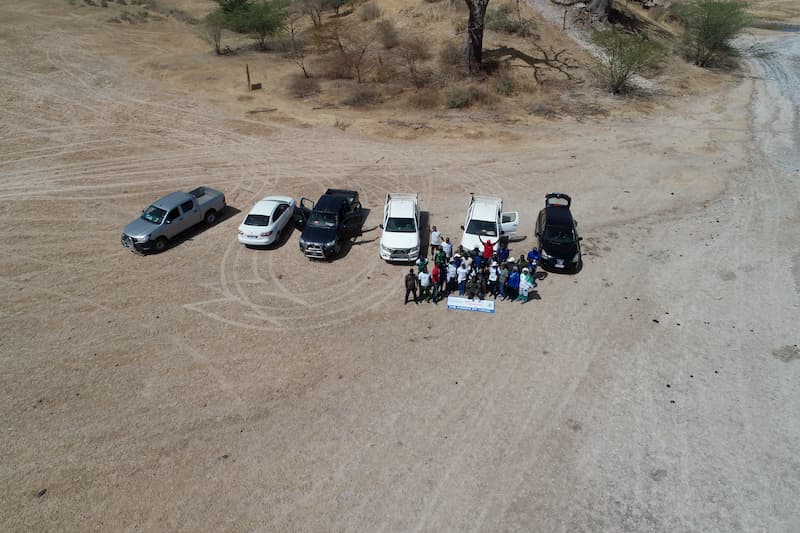 Senegal Flying Labs promotes the capacity building of local actors. Based on drone technologies and artificial intelligence, it facilitates access to these tools. A presentation by the Director of Senegal Flying Labs showed the various fields drones have been applied with precise explanations on specific cases to help the participants understand how drones can facilitate decision making. On this subject, the director specified that the use of drones within the company requires compliance with the three golden rules: legality, environmental safety, and ethics.

The projects initiated by SFL are based on a participatory approach. They promote the co-construction of the project with the beneficiaries. This workshop consisted of giving the floor to the participants to quantify their understanding of drones and the importance of the project for the area. Thus, all the speakers welcomed the initiative and expressed their satisfaction with this new technology and its areas of intervention. On this, they did not fail to raise their grievances to benefit from the services of this artificial intelligence in their different fields of activity. The populations contributed to the improvement of the project.

Following the first three sequences, a flying exercise was given to the participants to approach the drones better. The training consisted of showing one participant the technique of piloting a drone and demonstrating to the rest of the group. Thus, the mayor of the commune was chosen as the first pilot. With some explanations, he was able to pilot the drone by taking off and landing it. In turn, he explained the technique to another participant until he was able to resume the exercise without any problems.