As part of our efforts to promote Science, Technology, Education and Mathematics (STEM) education and career opportunities through drones and robotics, Sierra Leone Flying Labs visited ten secondary schools in Freetown in November 2019. 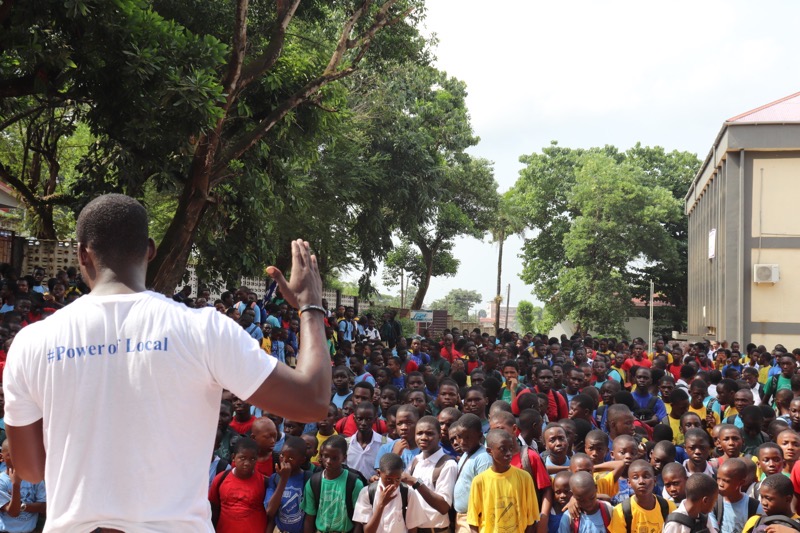 Over the last few years, the number of drones in Sierra Leone has been on a steady rise. Even though there is increasing knowledge about these systems, awareness of their broad applications is still limited and, often, there are misconceptions about the technology as purely recreational gadgets or “flying cameras.” Through our education campaign, Sierra Leone Flying Labs introduces as many secondary school students as possible to drones via demonstrations and explanations of applications outside of journalism and photography. These demonstrations aim to foster students’ interests in STEM and encourage them to pursue further studies and even possible careers in drones and robotics.

Between November 5th and the 22nd, members of Sierra Leone Flying Labs were invited to address an entire school during an assembly. The event was broken down into two 15-minute segments. The first segment was a demonstration of how to set up of the drone (DJI Phantom 4), an overview of its various components and specifications, and a brief flight around the school’s campus. The atmosphere was energetic as this was the first time many of the students were close to a drone. 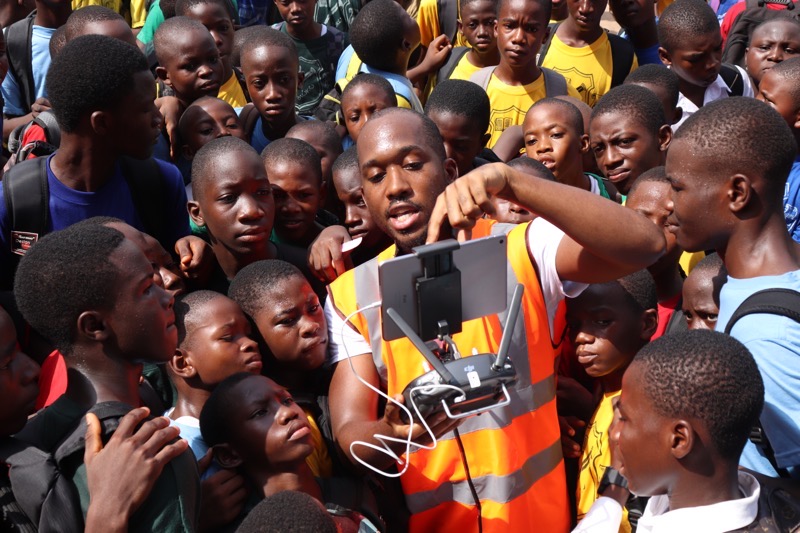 STEM education in Sierra Leone is still very abstract for students. When students get to learn about emerging technology such as drones and robotics, there is hardly ever the chance to physically interact and use the technology in a classroom environment. Both pupils and teachers recognize these gaps and the challenges it poses for students to compete in today’s world. The schools were keen on learning how Sierra Leone Flying Labs could aid in developing the skills. 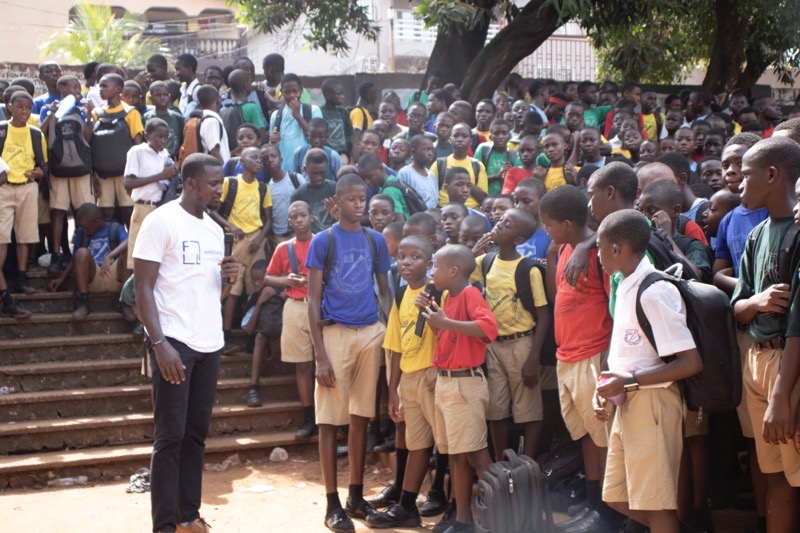 For us, a significant takeaway from this experience and the rest of our education campaign was the need for the social sector and the private sector to provide similar experiences for students to help improve and support the teaching of STEM in secondary schools. Students could have benefitted more from our engagements had there been more drones and robotics experts available to break the assembly into smaller groups. Furthermore, the curiosity and excitement exhibited by students indicated the need to continue this program with a broader audience and even provide future engagements wherein students would learn to fly drones.

Sierra Leone Flying Labs is grateful to the principals and staff of the schools for creating the time for us to engage their students and for their role in making this awareness drive a success.