Forests are vital to the health of both people and the planet. They clean our air and water and mitigate climate change by acting as a carbon sink. Also, forests hold more than three-quarters of the world’s terrestrial biodiversity, provide many products and services that contribute to socio-economic development, and are crucial for hundreds-of-millions of people in rural areas, including many of the world’s poor or vulnerable.

Last year, the tropics reportedly lost around 12 million hectares (roughly 46,300 square miles) of tree coverage, of which 3.64 million hectares was primary forest. 2019 broke the record on tree cover loss, in large part due to the extent of forest fires across the Amazon, Australia, Indonesia, and Africa. On January 7th, the area that had burned across Australia had expanded to more than 10 million hectares or “an area the size of South Korea.”

Fighting a forest fire requires making tough decisions every day: where to spend limited resources, like firefighters and firefighting aircraft. That decision is made based on estimates of how the fire will spread and which areas, if controlled, would most significantly reduce the fire’s impact.

The standard process to plan for that follows a daily cycle, where every evening, an analysis of the current fire boundaries are combined with the next day wind pattern forecast and the terrain maps, to try to determine how the fire will spread.

When we combine those three things:

We can model and forecast the way the fire will spread at a more local level and in shorter cycles, providing responders with more accurate and real-time information for decision-making.

We have currently been successful with several critical aspects of this process. Using a super small set of 15 aerial pictures of forest fires, we trained a machine-learning algorithm to detect fire spots. An autonomous drone could capture these images, even in zero visibility conditions, by using an infrared camera. With that information, we can plot the current fire boundary and use that as the input for our spread model. 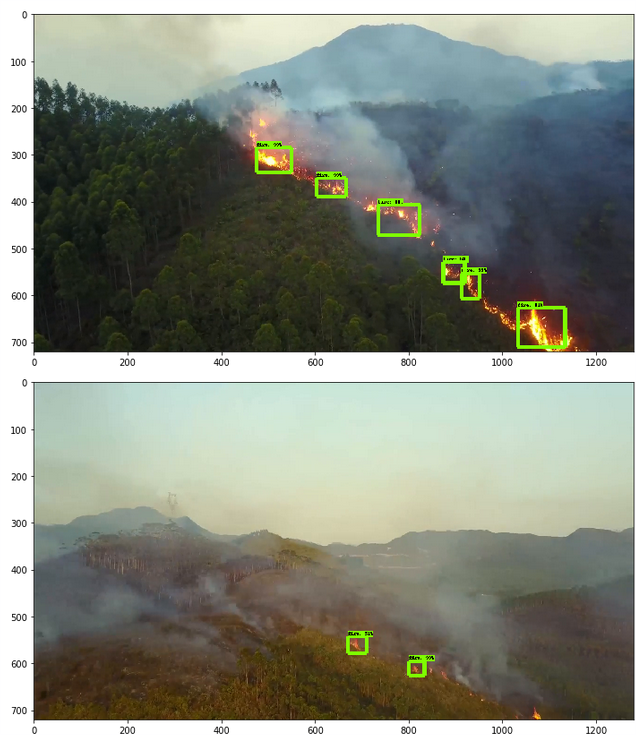 Applying a well-known algorithm called NDVI, starting from an aerial image, we can create a map that indexes how combustible each area of ground cover is. Things like water and rock are very low on the index, while ‘dry forest’ is high. Fire will spread faster through terrain with higher indexes, so this is key to build the final model.

Using these two components, we can simulate how the fire will spread on a particular terrain and forecast its new boundaries, for example, at hourly intervals. 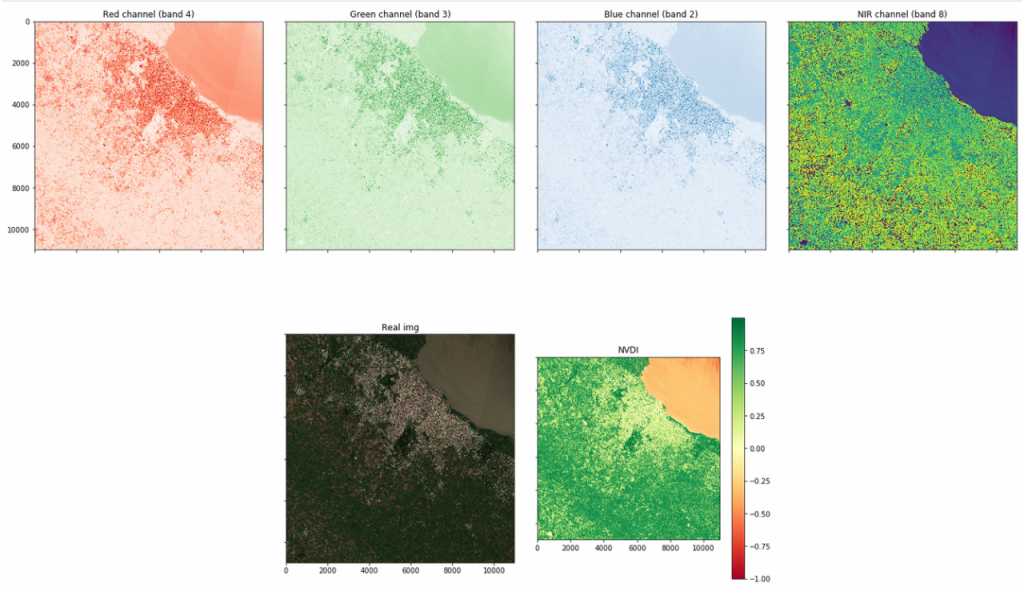 The central aspect that we still need to work on is to build a reliable wind forecast algorithm that can use data from a local weather station, built with affordable sensors. That final component, once incorporated into the model, completes the required data needed to forecast with accuracy how the fire will spread. Once we achieve that, the rest of the effort will be around working on a usable product:

A multi-faceted approach is needed to reduce the impact of fires and the loss of our forests, including better protection laws, a reduction in deforestation, and accelerating reforestation where possible. But given that forest fires are unfortunately here to stay, we should make sure our frontline fighters are equipped with the best possible set of tools. This project is one step in that direction.

Please follow us at @instedd to get updates on how this work progresses.