Since receiving their grants of US $15,000, the nine Unusual Solutions finalists have been transforming their ideas into concepts and preparing a strong pitch ahead of the Final Pitch event next month in Nairobi. In front of an expert jury panel, each finalist will have the opportunity to pitch their concept for a chance of winning the US $100,000 prize to scale the best overall concept to a full-fledged solution. Though only one team will walk away with the grand prize, all nine finalists are winners by having turned their idea into concepts that are ready to be implemented.

With only weeks to go, we’re excited to introduce you to our Final Pitch event jurors and our master of ceremonies! 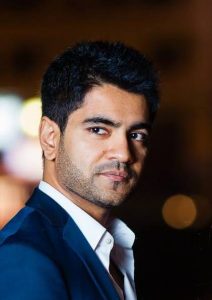 Sheban Naim is a drone solutions expert and has been working in the commercial UAS space since 2013.

Born & brought up in Dubai, his past work experiences have included large-scale IT project management at the Dubai-based Taaleem educational group followed by general management and product development at Anopac, a company focused on industrial Aluminum solutions. In 2013, he founded Airspectiv, one of the earliest drone solutions startups in the UAE. He is currently the Managing Director at Sanad, one of the Middle East’s largest drone training and UAS testing facilities based out of the Emirate of Dubai.

He is passionate about drones and emerging technology and has co-hosted the International UAE Drones for Good Awards in 2015, 2016 and 2017. 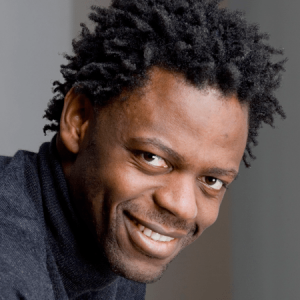 Teddy Ruge is the founder and CEO of Raintree Farms, an agriculture export business, and cofounder of Hive Colab, Uganda’s first technology hub. Ruge, a recipient of a 2012 Champion of Change Award from the Obama White House, writes about Africa’s technology and entrepreneurial development. His articles have appeared in major media outlets including the Guardian, New York Times, CNN, Medium, and Globe and Mail. He currently serves on Andela’s Global Advisory Board.

Early career stints include time spent as a track and field athlete (he holds Uganda’s pole vault, high jump, and decathlon national records), spent a few years as a creative professional doing corporate photography and graphic design. He then spent 3 years at the World Bank as a climate communications consultant. Then he somehow managed to be a contributing founder of JadedAid as the Educated Angry (token) African on the team.

He was born in Uganda and grew up in East Africa and the United States. 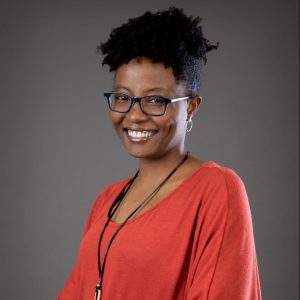 Linda Kamau is the Managing Director and Co-Founder of AkiraChix. For 8 years working as a software engineer, she found herself being the only woman of color in a leadership position working with people from over 10 different countries and it’s with this inspiration that she co-founded AkiraChix.

As a way to address poverty, unemployment and gender inequalities in the access and use of ICTs, AkiraChix’s mission is to provide hands-on technical training and mentorship to young women, girls and children to increase the number of skilled women in tech and positively impact the community. We believe that access to education and training is of paramount importance for young women to support them in moving out of the vicious cycle of low-skills, low-productivity, and low-wage employment and as a pathway to bridging the gender gap in IT. Removing barriers for access to training and education is thus essential for achieving highly competitive young women with 21st-century skills in IT.

Her work has been featured on NPR, BBC Click, Huffington Post, PBS NewsHour as well as drawn interest and visits from high-level personalities such as former UN Ambassador Ban Ki-Moon and President Uhuru Kenyatta and she was named an Obama Foundation Leader: Africa, 2018. 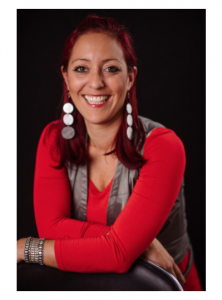 Anahi also works extensively on responsible data, data protection, digital human rights monitoring and digital security in projects all over the world, from Iraq to Afghanistan, from China to Ukraine. Anahi holds a Bachelor’s in International Affairs from the University of Bologna, two Master’s degrees, one from Columbia University’s School of International and Public Affairs (SIPA) and another in Human Rights from the University of Padova. Anahi also has a post-graduate degree in Humanitarian Assistance from the Center for the Rights of People from Padova University.

Anahi is the co-founder of the Standby Task Force and a Board member of Elva, and she blogs at anahiayala.com. 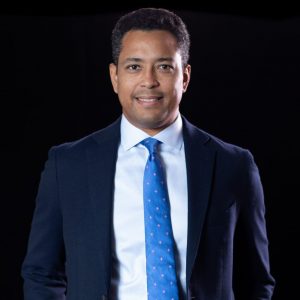 Smeldy Ramirez Rufino is a Private Sector Development Specialist at IDB Lab, the innovation laboratory of the Inter-American Development Bank that mobilizes financing, knowledge, and connections to catalyze innovation for inclusion in Latin American and the Caribbean. Smeldy currently manages a portfolio of US $17 million of technical cooperation and investments in the Dominican Republic. Since joining the IDB Lab in 2009, he has worked in more than 45 operations to promote and develop opportunities for under-served communities, creating access to financial and basic services; improving capacity building programs to meet labor market demands; and strengthening small and medium-sized enterprises. Through these operations, Smeldy has mobilized more than US $65 million by motivating the participation of public and private sector actors and striking hundreds of strategic partnerships.

Before joining IDB Lab, Smeldy worked as a Science and Technology Specialist under the Information Technology unit of IDB in the Dominican Republic (1999), and as an Information Systems Manager for Sara Lee Knit (1996). Throughout the years, he worked in Haiti, Puerto Rico, the United States, and the Dominican Republic. He holds a master’s degree in Business Administration from the University of Quebec in Montreal (UQAM), a master’s degree in Economic Sciences from the Pontifical Catholic University Mother and Teacher (PUCMM), and a degree in Engineering in Information Science and Technology from PUCMM.

We look forward to sharing more about the Final Pitch event soon, including more from each of the finalists. In the meantime, subscribe to WeRobotics updates to keep up with the latest Unusual Solutions Competition and other news.