Villagers in Western Maharashtra are taking charge of restoring their water resources, and we are amazed by their potential. DroneAge, a drone conservation start-up in Mumbai, initiated a water conservation project in May 2019 with the help of the local village government in Malvan. Using drone videos and aerial maps, the team worked with the villagers to identify opportunity areas for their water conservation efforts, like refilling wells, constructing check dams, and building pipelines or canals between water sources. 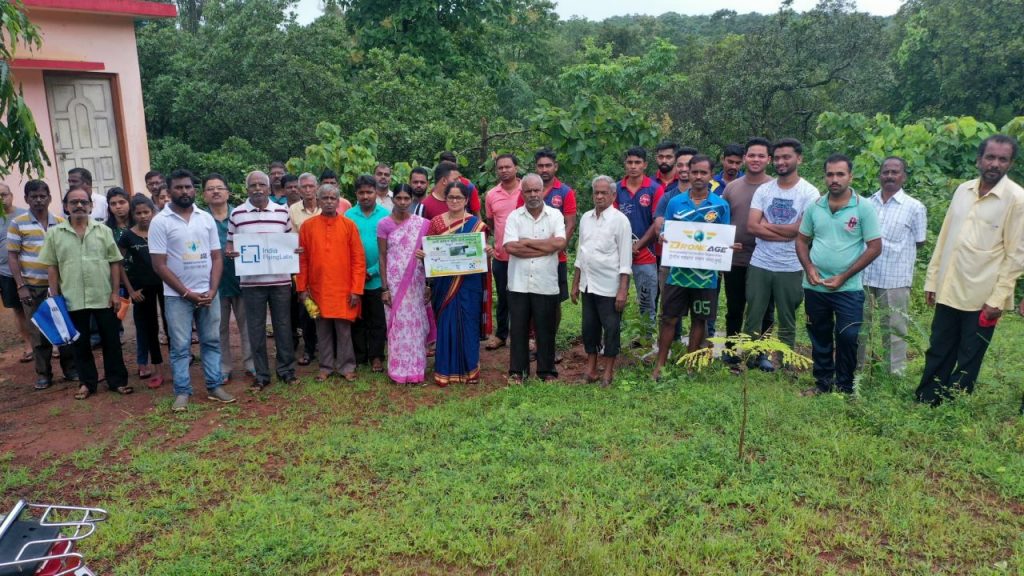 During peak monsoon season, Laxman Aroskar and Ramesh Majhwar, our local youth leaders from Maharashtra, packed their drones and headed to their village to check on the progress. The team received additional support from the local government, which pledged to provide nylon sacs for check dam construction, and from more than 150 volunteers who will donate their time and expertise.

The Konkan belt in Maharashtra has the Arabian Sea on it’s West and the mountains of Western Ghats on its East. The Western Ghats attracted substantial rains during monsoons and were generally perennially green. However, because of recent climate change impact and human activities like deforestation, the region has been experiencing drought in the past years.

The drone images and videos were instrumental in documenting the water flow from the forests in the mountains into the streams and rivers. The team has found six potential sites for the construction of check dams, and they are in talks with the authorities for further approvals.

The drone images and videos were instrumental in documenting the water flow from the forests in the mountains into the streams and rivers. A lot of untapped water sources were also discovered, which could be channeled to bring water to the towns. The team has found six potential sites for the construction of check dams, and they are in talks with the authorities for further approvals. They have identified ten local leaders who will lead the execution, and their training will begin shortly. The project is seeking additional funding to meet the desired outcomes more collaborations to guide the villagers to restore their groundwater effectively.

India Flying Labs will continue supporting the teams from Malvan for this project and will also take their help in organizing similar projects in other parts of Maharashtra and the rest of the country.