In February of this year, the remote village of Draubuta in Sigatoka, located between difficult-to-navigate terrain and a river, was hit by a violent landslide. Already struggling with water and network issues, the landslide destroyed six villagers’ houses and left many apprehensive of the environment upon which they live and rely.

After the initial assessment of the affected area by the Disaster Risks Reduction officials in the following months, relocation was considered one of the best solutions for overcoming a similar event in the future. Often, when resettlement is the only solution left to mitigate future risks of natural disaster, then careful planning, data collection, and decision making become imperative. Relocation efforts have to consider land rights, landowners concerns, the physical environment, as well as the mindset and willingness of the people to move. So with this conclusion came the task of proper data collection to ensure a smooth and stress-free transition. 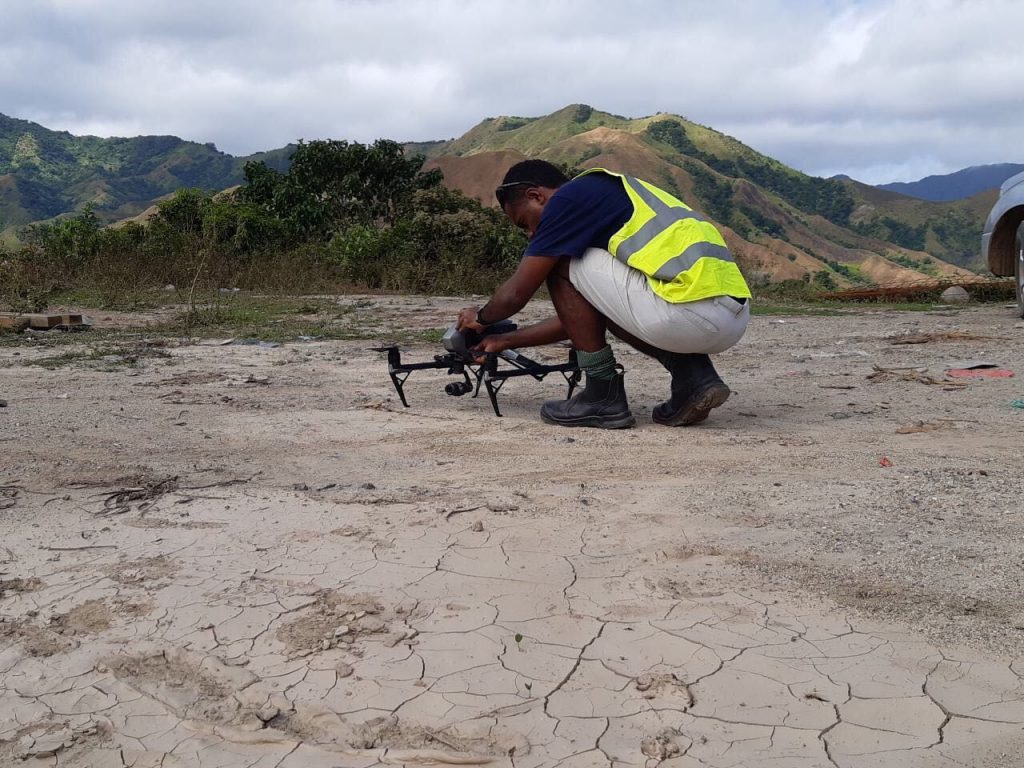 In July, two teams made up of members from the National Disaster Management Office (NDMO) and South Pacific Flying Labs made their way to the village for a three-day mission equipped with survey gear, an eBee, and an Inspire 2. The team conducted controlled aerial flights aided by real-time kinematic survey equipment and post-processed ground-controlled points (GCP) to link the real ground elevations with ortho-mosaic outputs from the drone imagery. The NDMO officers supported the laying of GCP on the ground which covered the existing village boundary of Draubuta and the new village relocation site.

From this, digital surface and digital terrain models were generated along with ortho-mosaics to highlight areas which would be affected next and where it would make sense to relocate. Sample river inundation models were also produced for future planning and to assess which houses could be impacted in the coming years.

This project, like many before, underscored the importance of collaboration between local government agencies, NGO’s, and communities when dealing with natural disasters. Now in the hands of the NDMO, our results were instrumental for the relocation effort aided by the Ministry of Lands and Mineral Resources and various other organizations who came to the aid of the village. The project made it possible to exchange valuable intel on drone technology and disaster risk reduction strategies for the compilation and more precise understanding of mitigation factors present on the site from an aerial perspective with organizations who can make a difference.