One of the most promising sectors for unmanned aerial vehicles (UAVs) in developing countries, such as Benin, is agriculture. In Benin, farmers face several constraints related to the monitoring of their crops: the identification of stresses, and the identification of needs for fertilizers and their subsequent application. Even though drones are used to address those issues, the majority of farmers are still unaware of the technology and how it can improve their farming practices and income.

Pineapple, for example, is the third most important export crop in agricultural export in the country, a source of income for thousands of people, especially women, who are involved at all levels in this value chain. As part of our partnership, Benin Flying Labs (BFL) and Partners For Development (PFD) conducted a pilot project aimed at improving pineapple productivity in Benin using UAVs. This partnership consists of:

The experimental plots utilized drones services. Farmers observed the difference between the plots, comparing the outcomes from those serviced by drones vs. those that did not. Evidence has shown that farmers are more likely to adopt a technology when the technology is used in settings similar to their local conditions.

This training was an essential step for local capacity building. By training these farmers to implement the pilot project, they were empowered by their experience to conduct the in-field exercise. Indeed, in the third step of this pilot project, farmers were asked to organize with members of their association to discuss their observations, as well as to analyze the impact of the drone services on their pineapple production.

A similar workshop was also organized to present drone uses and services to pineapple farmers in the commune of Zè, in the Atlantic department.

Held in April, the workshop gathered approximately 40 participants, including extension agents, farmers, PFD and BFL experts. The primary goal of the workshop was to present how drones can be used to improve pineapple productivity and to collect drone images that can be used to generate output useful in crop monitoring. The workshop also discussed the technical itinerary of pineapple production, how drones can be introduced into that itinerary, and conducting a demonstration session using multirotors drones to provide the participants with hard evidence. 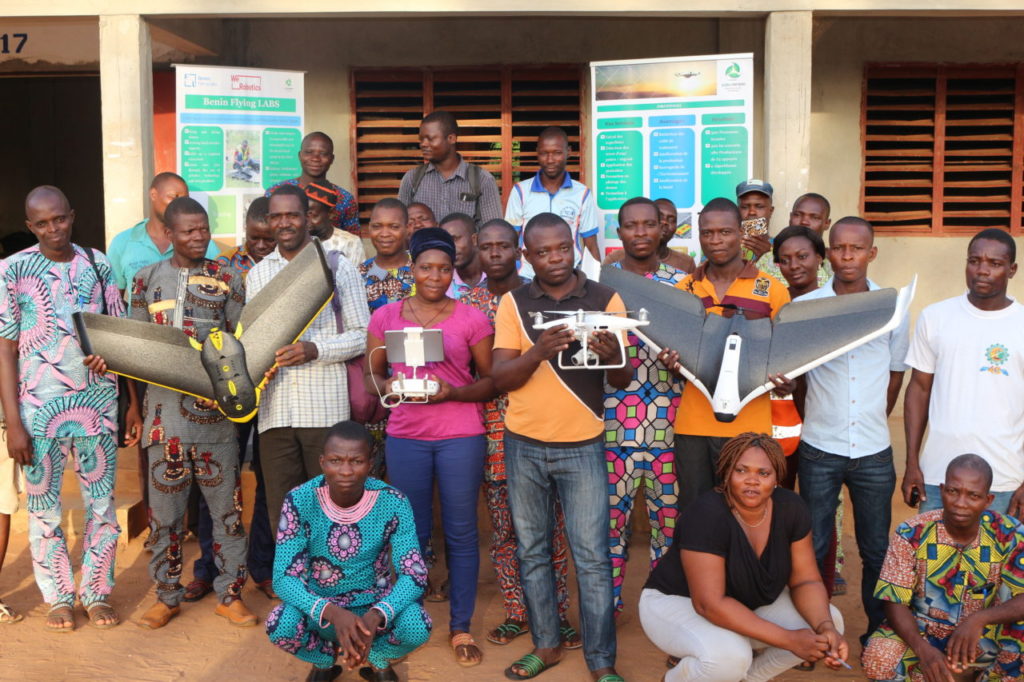 The workshop was very engaging and the farmers were excited by the technology, asking several questions about its uses and advantages compared to their current practices. The pineapple farmers discussed the technical itinerary, and surfaced the typical challenges they encounter and how drones can be used to address the issues. They also shared farms practices that affect the quality of their products consequently preventing them to access the international market. 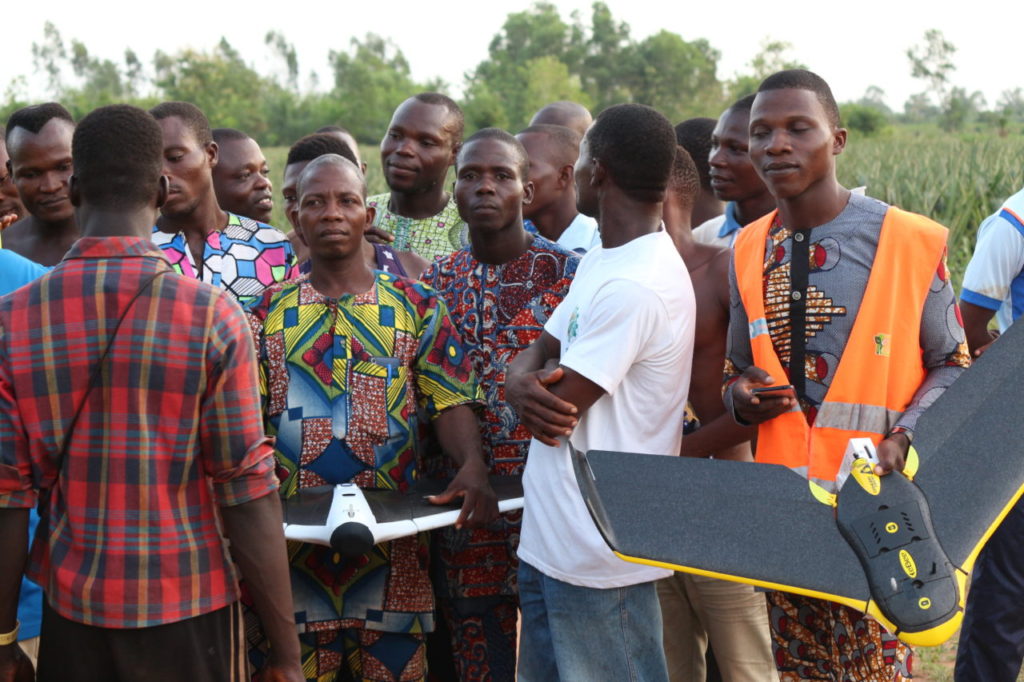 This workshop with pineapple farmers in the commune of Zè, revealed farmers’ interest and willingness to use modern technologies, such as drones to improve their production both in terms of quantity and quality to conform their products to international quality standards. Using drone services farmers will be able to set higher premiums for their products and gain and maintain larger market shares.

BFL benefits from the technical support of its partners namely Global Partners, Agence du Développement pour le Numérique and WeRobotics. We would like to thank Partners for Development for facilitating this workshop as well as the pineapple farmers who took part in it.