On May 8th, South Pacific Flying Labs successfully held its 2nd annual ‘Robotics for Good’ conference. Held at the Japan ICT Center on the University of the South Pacific’s main campus, the annual event brought together key experts from  government, NGO’s, the private sector and even academia and connects them to the growing UAV community in Fiji. The conference is a platform where experts in the field of Remote Sensing, Data Management and Geospatial Science get together to share their experiences and network for future projects and collaborations. With an increase in the number of guests this year, it’s safe to say that the conference is living up to its intended purpose.

The event was officially opened by Director of the Poverty Monitoring Unit for Ministry of Women, Children and Poverty Alleviation Saleshni Naidu, who is also an advocate for STEM fields advancement in the country. During her opening speech, Naidu stressed the importance  of youth to be more involved in the decision-making processes and added that sometimes barriers arising from gender inequality could be solved by education, specifically applauding the work of Pacific Flying Labs ‘Fly Like A Girl’ program. 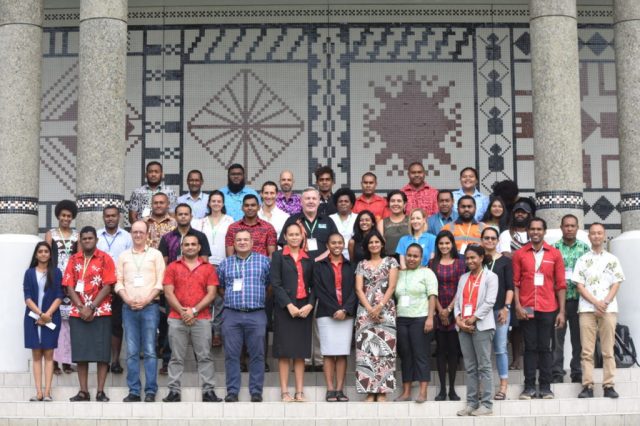 In addition to the Director of Poverty Monitoring Unit, the conference had some very special guests from the region, including the Coordinators of Papua New Guinea Flying Labs, Kevin Soli and Perry Malan of the Papua New Guinea Forestry Authority, who gave an insightful view into the projects they’ve been working on in their country. 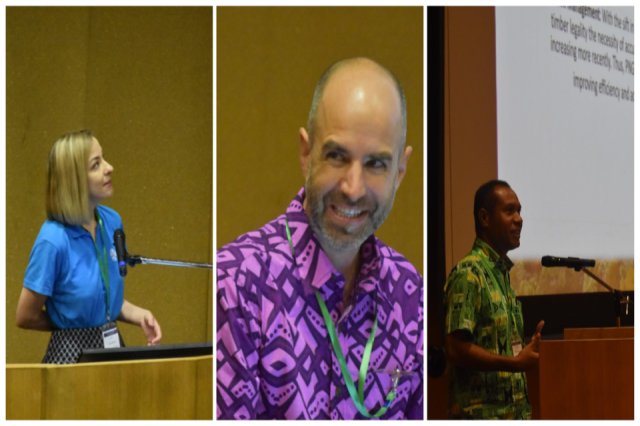 Presentations by the World Mosquito Program’s project continuation in Nausori, the Ministry of Lands and Mineral Resources Heritage Mapping Project with Pix4D and the National Disaster Management Offices work with Tsunami Evacuation plans for the Suva peninsula were some of the other major highlights of the event.

Another presentation that stood out was the National Forest Management Pilot Project in Nakavu Navua, which is a part of the REDD+ Forest Conservation Project in Fiji. Volker Binner, who has been working with Pacific Flying Labs in mapping the densely forested area in Navua, stressed the possibilities and importance of using UAVs for monitoring logging practices during his presentation highlighting how drones are changing conservation activities for the better by providing reliable imagery data to keep an eye on forest degradation through canopy gaps and skid tracks.

The event concluded with an open discussion where some interesting issues were raised by the audience about data management, AI and documentation. It is safe to say that now with more trained and qualified pilots in the field, there’s an increasing need for data analysts back at the lab to help make sense of what’s collected in the field.