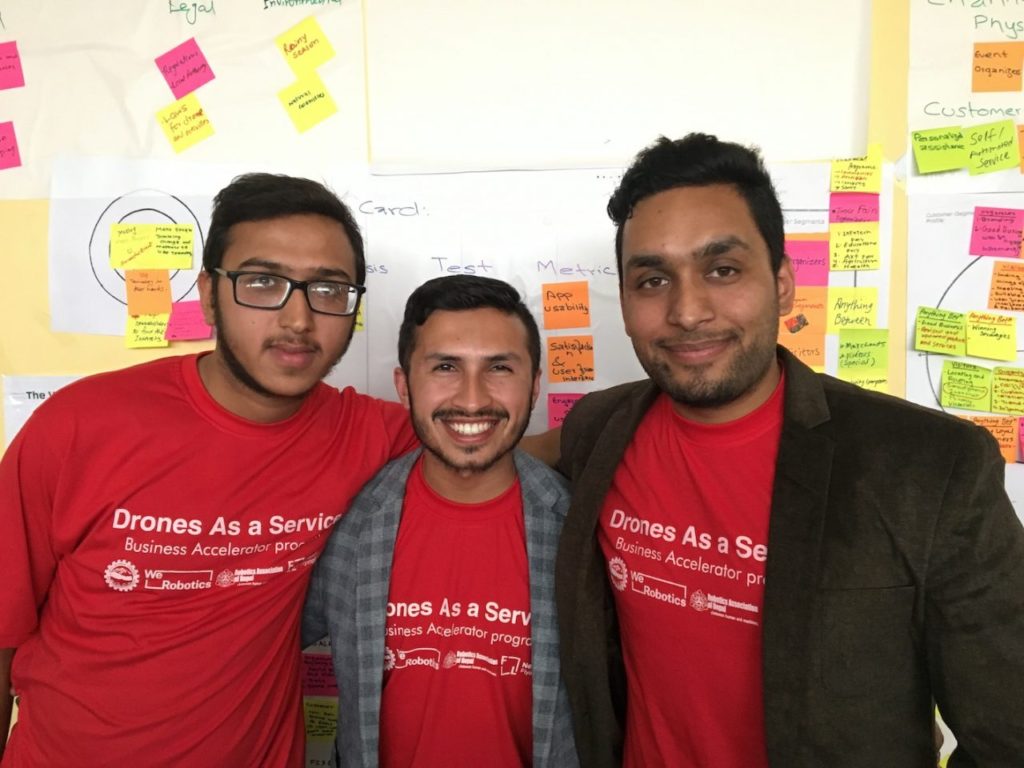 DroNepal, the winner of our first Business Incubation Program in Nepal, was born from a shared vision: using drone technology in a topographically challenged Nepal, struggling with development, to create a positive impact in people’s lives.

At that time, Nepal was ready to embrace new technology, so much so that a group young motivated experts from diverse fields and with varied experiences teamed up to start what was set to become a successful venture.

DroNepal’s CEO Darpan Pudasaini had already over 6 years’ experience in robotics, sensors development, embedded systems development, and numerous tech innovations under his belt. Milan Karki, an expert in Hydropower projects joined as a co-founder, along with other two Geomatics engineers, Upendra Oli and Praveen Lamsal.

Despite their diverse background, they shared an profoud experience: they had all witnessed Nepal’s challenges firsthand. Officially incorporated on April 2017, DroNepal decided to focus on hydropower and recently federalized local governments as niche projects in urgent need for quality development planning.

Penetrating a conservative market reluctant to change, where data-driven decisions were still not understood, was a tough challenge for the young team. With perseverance and consistency they approached, educated and introduced stakeholders to the usefulness of the technology. They didn’t shy away from pro-bono projects in order to prove the benefits of using drones in quality topographical data collection and the importance of data in metrics and planning. Some of their successful projects include:

DroNepal established drones as a reputable technology in the hydropower market. Challenges stemming from traditional surveying, including but not limited to risks due to terrain, inadequate data or time consumption, were solved providing in return better means of visualization and planning. From hydropower feasibility studies to components planning, and even reconstruction, the team gained experience in using drones for topographical surveying in a variety of terrains and altitudes.

Due to the rough terrain and further to the earthquake’s damages, several villages and communities in Nepal are still in temporary settlements. DroNepal is actively participating in the relocation process by creating drone-generated maps and metrics with the goal of accelerating decision-making. So far, two sites in Khotang have been surveyed and analysed for two different settlement relocations. The community planning, including master planning for household construction, land use, road network and water resource, have also been conducted by DroNepal in the proposed sites.

With the government lingering over a proposed landfill management site for decade long, DroNepal could intervene and provide drone based quality data and metrics to help escalate the approval process and formulate the planning to initiate the site construction. Data such as site capacity and duration to hold wastage from the valley, land ownership information to be reconciliated, among others, proved to be a terrific boon for starting the project.

Thanks to a continuous education on the benefits of drone-based basemap data for planning, Gokarneshwor municipality of Province 3 agreed to adopt drone surveying. The most crucial ~11 square kilometre of the urban part of the municipality was surveyed using drones, producing 2D and 3D maps, saving from the redundancy surveys. The data could be used in planning road expansion, water pipelines, transmission lines, sewerage lines, evacuation planning, infrastructure development, and more applications to be developed in the years to come.

DroNepal conducted drone based landslide studies in 5 landslides, and is currently co-working on a thesis for landslide mapping with Nepal Engineering College. The studies aim at helping geologists get better visualizations and metrics to analyze landslides, while the thesis is focused on utilities such as inventory and hazard mapping. 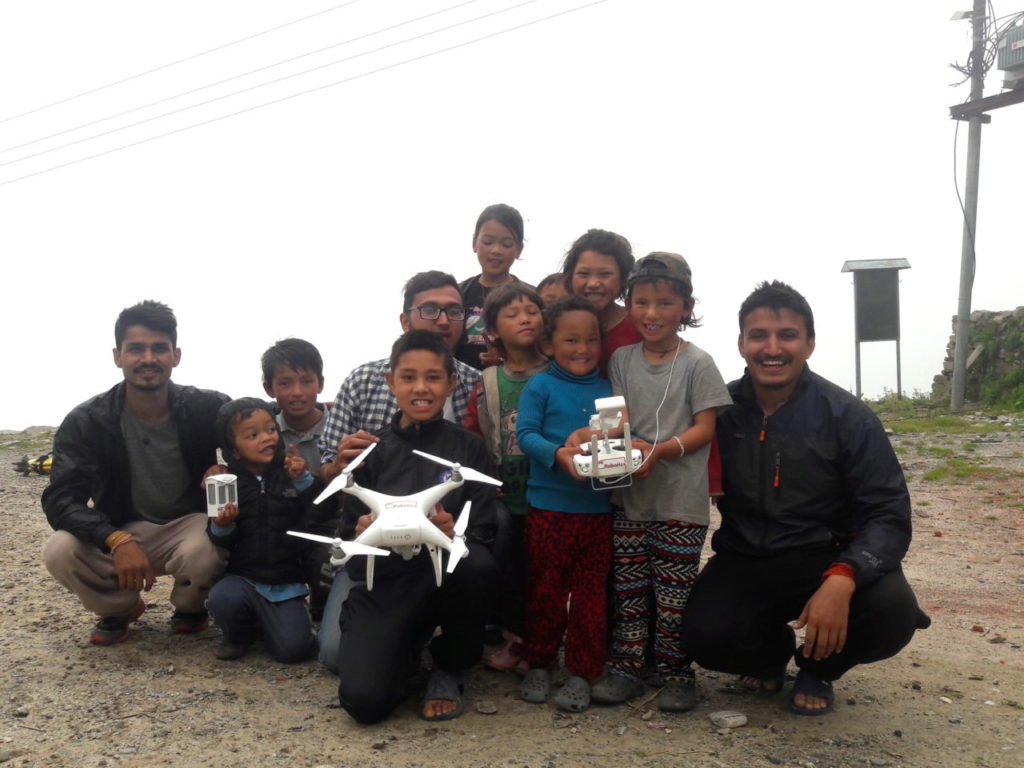 DroNepal has been actively presenting to and lobbying with, authorities of the calibre of Nepal police and other organizations with the purpose of reshaping policies to favour the use of drone technology in the country, also by educating on the benefits of applications such as emergency responses, monitoring, security and surveillance.

Besides expanding their area of operations with more industrial drone equipment, DroNepal’s next step is investing in youth. In fact, the dream team is planning to build national drone skills and a knowledge-transfer platform under the name of “Drone School,” to foster technicians who can make, use and repair drones in various fields and applications. It all started with a shared vision — making an impact on people’s life: DroNepal is now ready to share this vision with the next generation to make it a reality.