Tanzania Flying Labs hosted a Fixed-Wing drone training at dLab in Dar es Salaam from March 12 to 14, 2018. This was our second training in Tanzania over the last 12 months, after our first training that took place in Zanzibar in May 2017, a course that focused on Multi-copters for Social Good applications and aimed at teaching the fundamentals of drone piloting and localizing the technology within Tanzania. We received a large number of applications from different countries including Tanzania, Congo (DRC) and Uganda, and ultimately selected 12 participants. We kept the training to a small group in order for participants to get maximum of hands-on instruction.

Government agencies and NGOs are starting to develop their own drone programs to enhance disaster management and epidemic monitoring capabilities to name a few applications. Additionally, new research projects in areas such as agriculture have increased the demand for drone pilots especially in mainland Tanzania. Also our “Drones-as-a-Service” Business Incubation Program we hosted in fall 2017 in Tanzania confirmed that more skills on how to acquire data with drones was needed in Tanzania, particularly on fixed-wing platforms such as the Sensefly eBee and creating data products with software such as Pix4DMapper.

The trainings provided by our Flying Labs in Tanzania and elsewhere around the world are central to our mission at WeRobotics—namely building local capacity in the responsible and effective use of robotics across a range of different sections including humanitarian aid, sustainable development, public health and climate change resilience, for example. Time and time again we’ve seen large organizations in these sectors hire foreign drone companies to carry out aerial surveys that local drone pilots could do equally well and in a fraction of the time; with the bonus that local pilots know the country better, including the language as well as local customs and traditions. Hiring local drone pilots is also more cost-effective since they don’t need to take international flights or pay customs fees for importing drones. 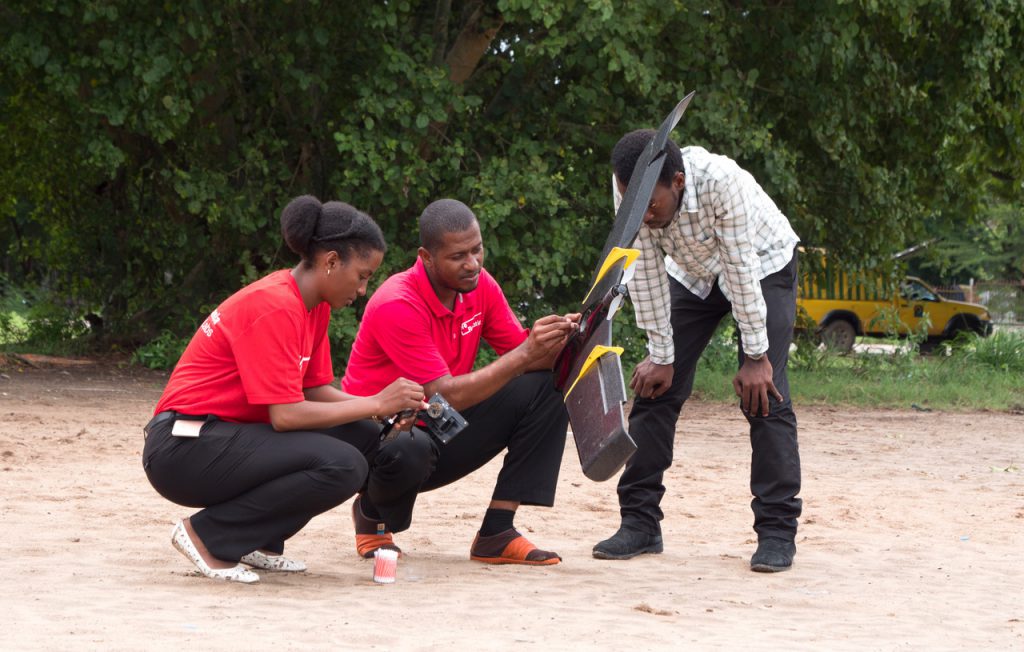 Out of this context we set up our three day ‘Fixed-wing Drone Training’ featuring a 50/50 mix of theory and practice, with teaching sessions within the lab and drone flights at the nearby sports field. The curriculum for the training contained approximately 65% new content that is unique to fixed wing drone piloting, while the remaining 35% is standard to all drone training, focusing on flight safety training, Code of Conduct, and Social Good applications of drones.

To give the training an even more “hands-on” focus, we added a foundational project on the last day. This project is meant to practically apply the theoretical lessons learned by the participants. In this event the project took the form of a disaster response situation. Participants were put into two teams and briefed on a disaster immediately occurring in the nearby area. Their role was to survey the flooded area using a drone to provide critical information to emergency responders, like location of survivors, damaged infrastructure and information on the extent of the flooded areas.

The participants had to create their flight plans, fly their mission, and identify features within their newly created maps. The features to be identified were simulated using 6m x 1m colored markers. We’ve used similar markers in the past when training humanitarian organizations on how to use drones for disaster response. Each color will refer to a different issue, e.g., flooding, infrastructure damage, survivors, etc. The point of using drones for data collection is to identify features of interest. This explains why we always include colored markers during our trainings. It’s one thing to operate a drone, it’s another to analyze the resulting imagery and extract actionable information. We are happy to report that both teams performed well and all features were identified. Bravo to our participants! 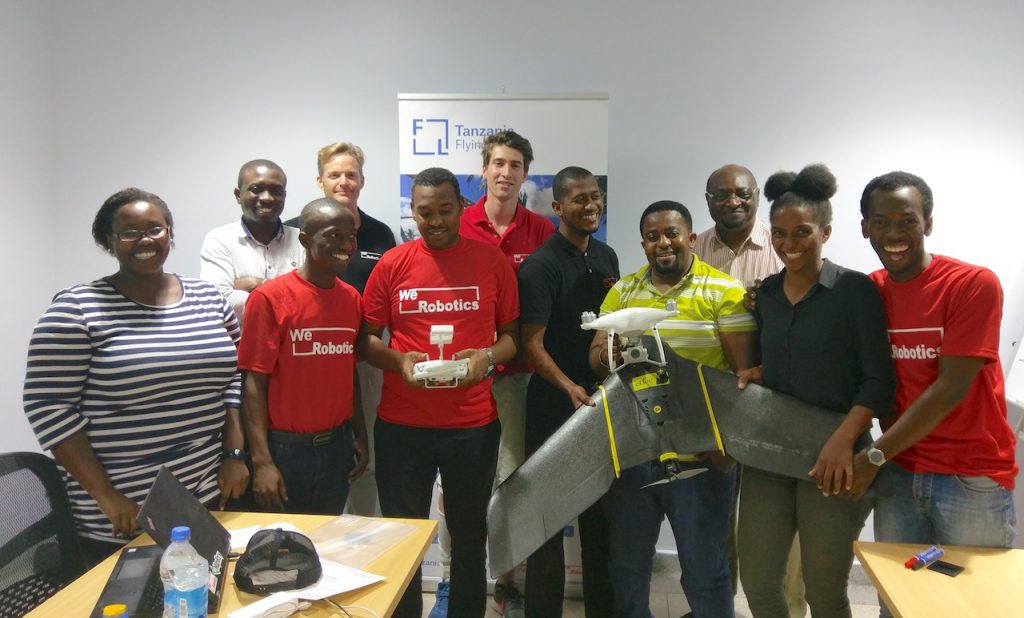