Each year, 900,000 young Tanzanians enter a job market that is generating only 50,000 to 60,000 new jobs. Valiant efforts are required to mitigate this problem which is why Tanzania Flying Labs incubates new companies which provide Robotics-as-a-Service. Robots such as drones are essentially flying data-collection sensors provide, which is highly valuable but underutilized in Tanzania. The mining industry was the first to adopt commercial drone technology to calculate volume extractions in a timely manner (several measurements per year on very exact dates) and with high precision. The alternative was using traditional civil-engineering/surveying methods (measurements using GPS information). A quarry of approx. 600 hectares took 1 week of field work for 2 workers to create extraction volumes compared to 1.5 days using drones. 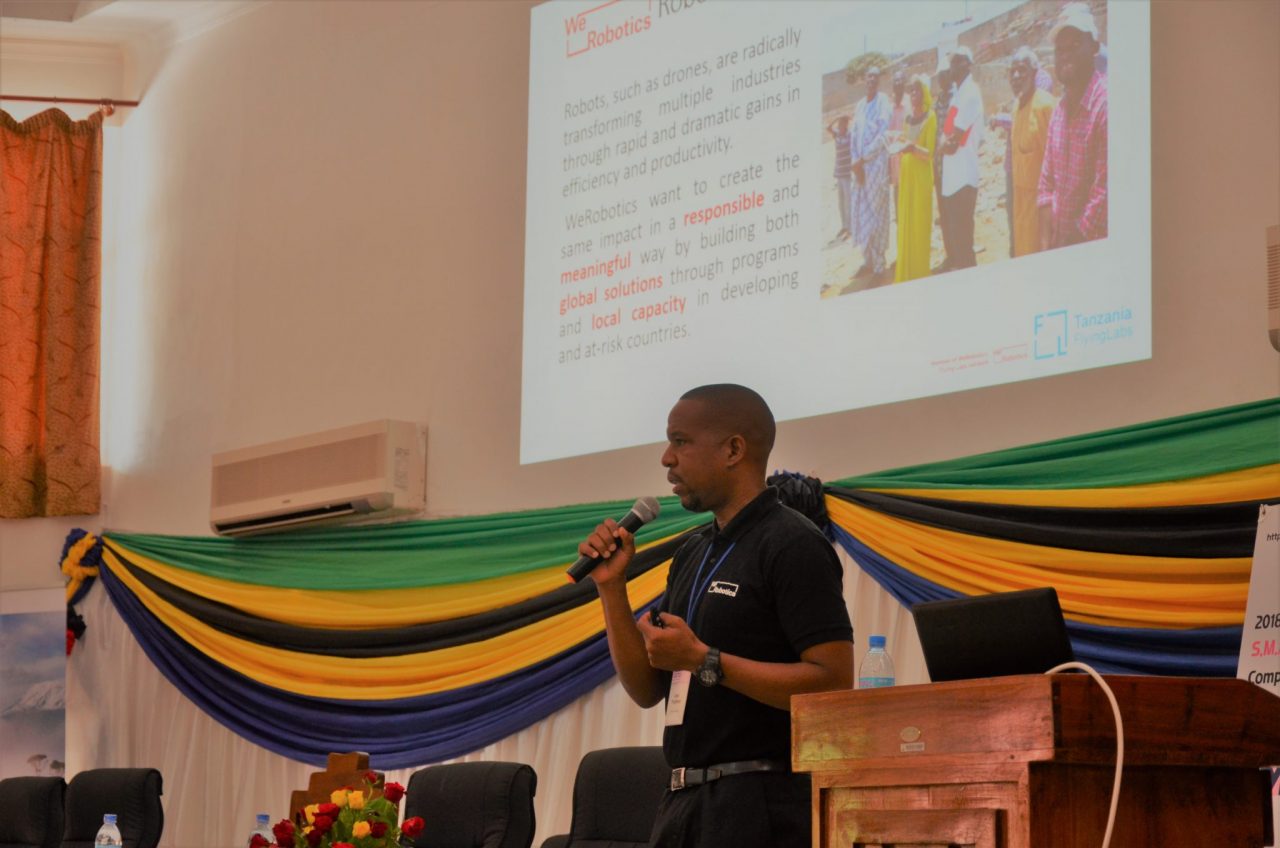 We believe and have proven that new jobs can be created in Tanzania’s fledgling drone industry in diverse areas such as agriculture to disaster response and preparedness. It was therefore an honor for us to be invited to give a Keynote speech on “Robotics for Social Good” at the Nelson Mandela African Institute of Science and Technology (NM-AIST) in Arusha recently. The Innovative Technology and Energy Center (ITEC) kindly offered us the opportunity to talk at a Startup Competition and Conference hosted by NM-AIST. The competition featured contestants from various industries such as agriculture, medicine to drones. All of them were showcasing new innovations in their respective fields which is what creates new jobs. Our Tanzania Flying Labs is itself a startup and our success depends on the increasing use of drones in aid, health, environmental protection and development. Our thought-leadership and drone fleet will be the engine that propels this new industry forward.

The audience at the Nelson Mandela African Institute was concerned about robots taking away “human” jobs. Indeed, what happens to the traditional mining surveyor mentioned earlier whose job has been replaced by drones? Such an individual can take a drone piloting course at Tanzania Flying Labs; and combined with their inherent surveying skills; she would be a highly sought-after geospatial service provider. Young professionals in Tanzania can create new companies which in turn create new jobs and the cycle of evolution marches on.