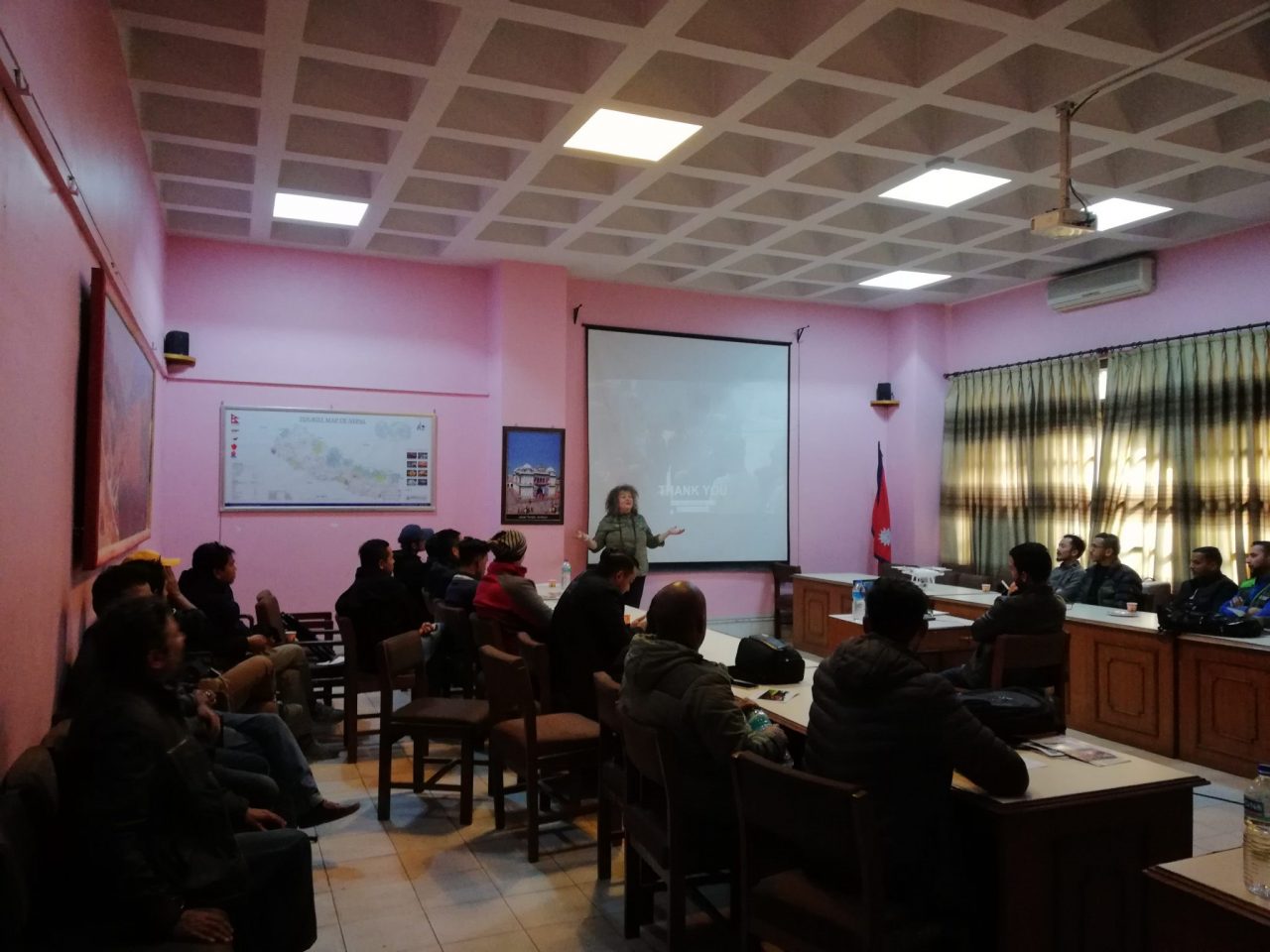 We invited the award-winning journalist, Gail Orenstein, to speak at the event. Gail has been a photographer for 23 years. She is also a news drone journalist and was the first female civilian to fly drones in Kurdistan, Northern Iraq during the Mosul offensive in Iraq 2017. Her recent work has focused on drone journalism in conflict zones. She has photographed and captured aerial imagery in many conflict zones—often being the only female photographer in the field. Her drone footage and photography work has been distributed world wide including on CBS news, Der Stern, Aljazeera, Rudaw, The Guardian, The Chicago Tribune, The Times, Slate, Mashable, Washington Post, TIME, The BBC, The Telegraph, Kurdish TV24, Microsoft and many more. She has a book coming out entitled “Droning through wires: about her adventures in Drone journalism. More about Gial and her work here. 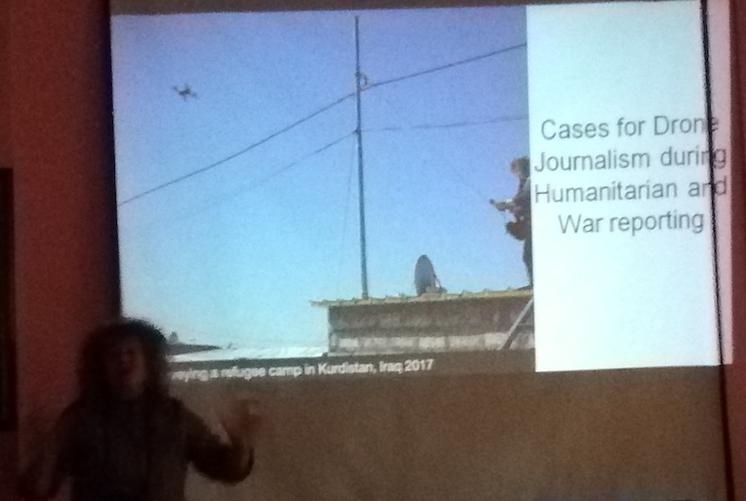 During the event, Gail shared her experience in using drones in conflict zones and highlighted the importance of aerial footage in storytelling. Additional key points from her talk:

The event was very well attended, and participants included media people mostly Photojournalists from almost all the major media houses in  Kathmandu: National News Agency (RSS), Nagarik News, Kantipur Publications, Setopati, Annapurna Post, Rajdhani, 12Khari, Kathmandu Post, Himal Media, StreetNepal, MK media and also several students who are currently studying tourism. Participants expressed there interests and concerns regarding Drone for Storytelling trainings in Nepal. They also spoke about the need for Hybrid journalism as a powerful storytelling. In addition, legal concerns regarding the use of this technology in media sector were discussed.

We are very grateful to the PhotoJournalist Club of Nepal who kindly agreed to host this event Drone Journalism is still in the infancy stage in the context of Nepal, and Nepal Flying Labs looks forward to collaborating with the Club to host additional interaction programs in the coming weeks. We also plan to organize a Drone Based humanitarian storytelling workshop to local journalists and media houses.

In March, Gail will be giving a WeRobotics Webinar presentation on her good work. For updates and for information on how to participate, please join our email list. 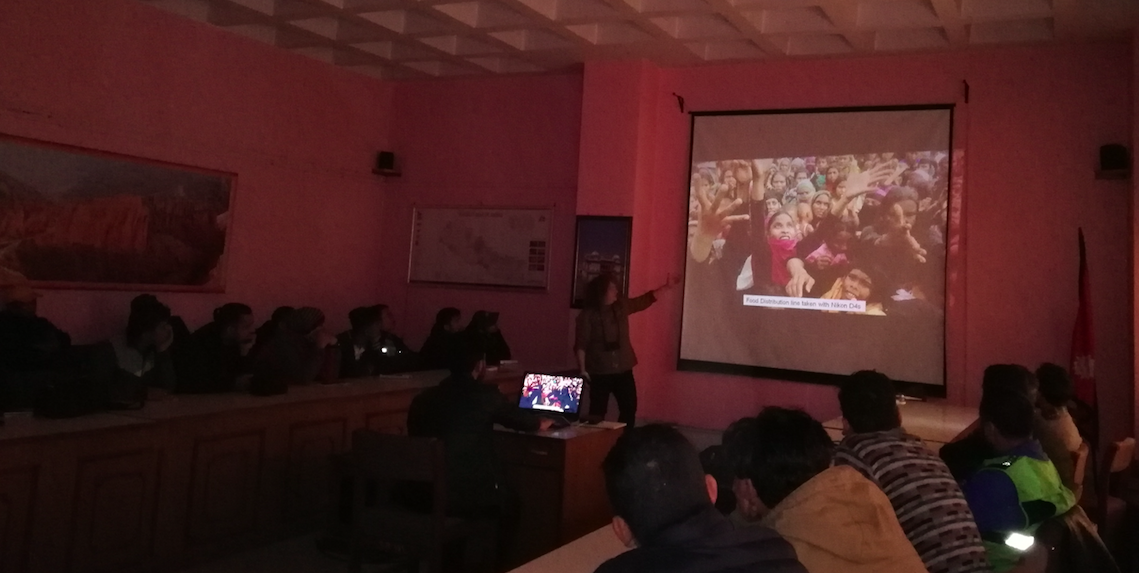