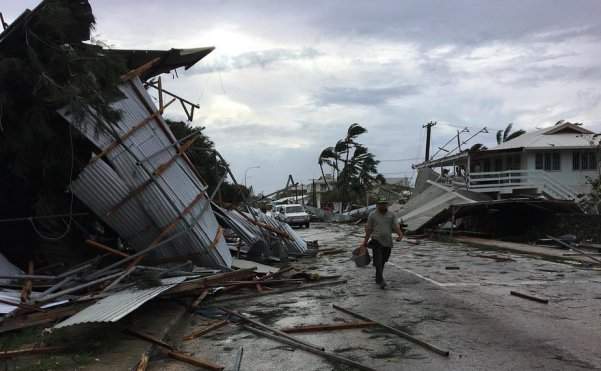 Fiji was largely spared the wrath of Cyclone Gita, but the high-end category 4 Cyclone devastated the islands of Tonga nearby. As typically happens, the drone companies that international organizations are now hiring to carry out aerial surveys of the  damage come from Australia and/or New Zealand. These foreign companies usually arrive weeks after the disaster. They also charge high consulting fees, and rarely speak the local language. In addition, they typically stay a week or two at most, which means aerial imagery is not available during the recovery and reconstruction phase. Lastly, foreign companies rarely if ever have time to build local capacity, let alone the know-how to sustainably transfer drone technology to local partners.

Our mission at WeRobotics is to localize appropriate robotics technology by placing drone solutions directly in the hands of local professionals. We do this through our growing network of Flying Labs—local action labs run entirely by local teams who we train and equip. This doesn’t mean that foreign drone companies don’t have an important role to play in the aftermath of major disasters. But it does mean that national and international organizations should absolutely prioritize hiring local drone pilots and imagery analysts. This helps to build local capacity and create local jobs. It also enables local participation in data collection and avoids delays as well as possible biases in the collection of said data. In sum, when the need for aerial data cannot be met locally, then yes, national and international organizations should absolutely turn to foreign companies to collect aerial data. But if these organizations ignore or displace the local capacity that does exist, then this is really problematic. Said organizations should invest in building the capacity of local youths, not sideline them.

This explains why our growing network of Flying Labs around the world are deeply committed to training the youths in their countries on how to use drones safely, responsibly and effectively for social good projects. Today’s youths are the drone pilots of the immediate future. This is why our Pacific Flying Labs is teaming up with a local girl’s orphanage and other youths in Fiji to map informal settlements for a disaster risk reduction project. The youths will learn how to use drones safely, responsibly and effectively. Our Pacific Labs will also teach them how to use Ground Control Points (GCPs) and how to process the resulting imagery to create high quality maps as well as 3D models. In addition, they will try out Hangar and Survae to create additional information products. In sum, the purpose of this project is to introduce local youths to the basics of drone mapping so they can participate in the data collection process and learn the skills they need to participate in the  workforce of the 21st century. They will also learn how to use underwater drones for a range of social good applications. 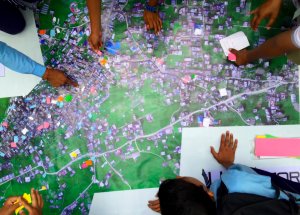 Once the aerial data is processed, the resulting maps will be printed out on large banners. Youths will team up into different groups to analyze these maps. They will first identify major areas of concern. For example, they will analyze housing infrastructure, drainage and environmental issues, disaster risks and the long term impact of climate change on these informal settlements. Equally importantly, youths will propose concrete solutions for each of the concerns they’ve identified. They will then present their project and findings to local, national and international organizations at conference organized by Pacific Flying Labs and the University of the South Pacific (USP) on March 16th.

After the workshop, the Coordinator of Pacific Flying Labs, Amrita Lal, plans to head to Tonga where she will team up with a Tongan classmate of hers from USP to carry out aerial surveys to support the recovery and reconstruction efforts. Amrita is so committed to this that she has decided to skip her undergraduate graduation ceremony to be in Tonga. This will make her the one and only female drone pilot from the region to be involved in the response to Cylcone Gita. Her classmate, who recently graduated from USP, will be the only Tongan drone pilot involved in the response to Gita. He will hold on to one of the drones from Pacific Flying Labs so that he can continue mapping as needed. In the future, we hope that Amrita and other drone pilots from Fiji, Tonga, Vanuatu and elsewhere will be the ones hired by national and international organizations to support humanitarian efforts in their countries.

Many thanks to USP for their close partnership on South Pacific Flying Labs and to the Australian Department of Foreign Affairs and Trade (DFAT) and the Atlassian Foundation for their generous support of Pacific Labs.