In June 2017, WeRobotics teamed up with the Peruvian Ministry of Health and Becton, Dickinson and Company (BD) to field test a fleet of affordable cargo drones in the Amazon Rainforest. BD is a leading, multi-billion dollar medical technology company. The majority of the flights were carried out by our Peru Flying Labs and UAV del Peru. During the course of two weeks, we field-tested a dozen drones including fixed-wings and hybrid drones; carrying a variety of medical payloads (medicines, diagnostic tests, blood samples) across a range of distances (stretching from 2km to 126km). These comprehensive field tests comprised over 40 flights and built on the initial tests we carried out with the Peruvian Ministry of Health in December 2016 and February 2017. Our detailed report on these recent flight tests is available here (PDF). High-resolution photos can be found here and live tweets of the field tests with additional photos and videos are available here.

In addition to testing the impact of drone flights on blood samples, BD carried out a number of fact finding missions to better understand the full range of health care challenges that local communities face in this region of the Amazon. The interviews also sought to provide a better understanding of the actual status of the health care systems already running in the region. While in Contamana, for example, the BD team met a woman who had arrived the night before from a remote community following serious complications in childbirth. Since drugs for treatment weren’t available in her community, she had to travel for 5 hours (3 hours walking and 2 hours by boat) while enduring postpartum hemorrhaging, to reach the hospital in Contamana. The use of a drone would have allowed emergency supplies to be delivered within 30-60 minutes directly to the remote community where the woman gave birth. This is just one of multiple findings documented by BD during the field tests; findings that indicate a clear unmet need for transporting medical supplies and, almost more importantly, patient specimens to allow for appropriate diagnosis. 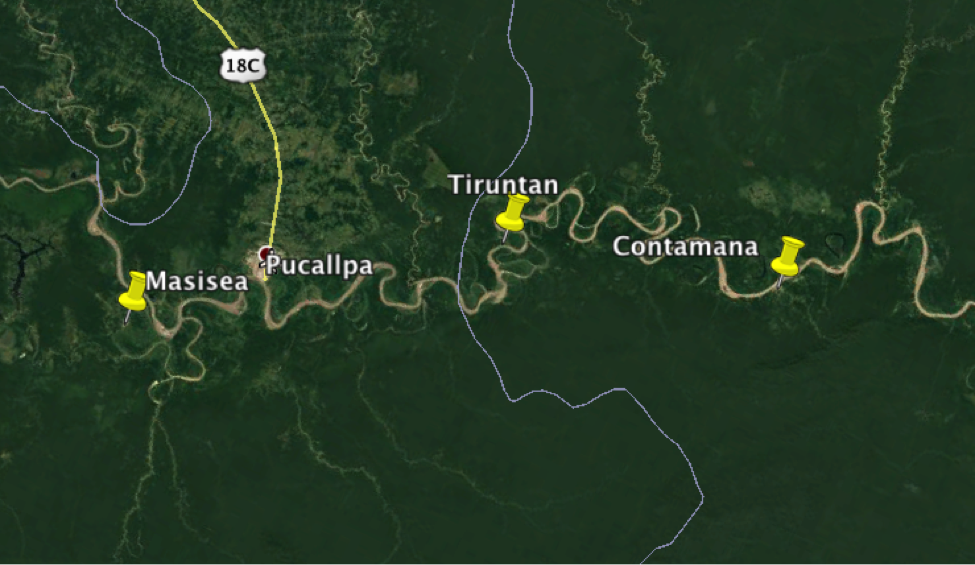 At one point during our field tests, the main airport in the region, Pucallpa Airport, had to close and ground all manned aircraft for half-a-day due to dense fog, a common occurrence in the Amazon. If Contamana had been out of emergency supplies when the woman reached the hospital, it is doubtful that she or her baby would have lived unless a plane could be dispatched to deliver the supplies. What was so striking about all manned aircraft being grounded due to the fog is that it had no effect on the cargo drone flights; the drones could keep flying while a dozen manned aircraft lay idle at the airport. The drones had the entire regional airspace to themselves. Naturally, we still followed all drone regulations as required by the Peruvian Aviation Authorities. 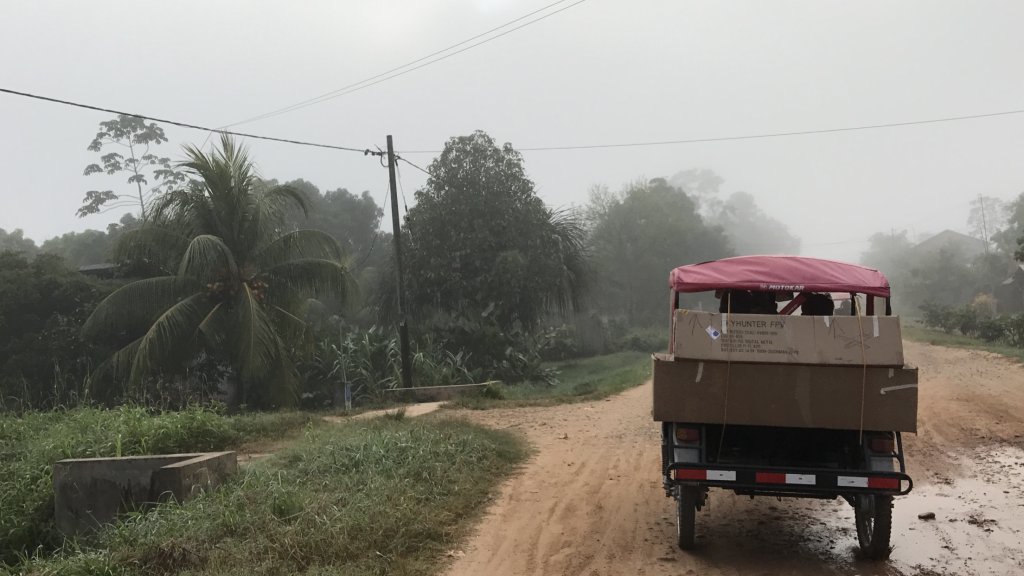 One of the main goals of the recent field tests was to evaluate the performance and reliability of more affordable drones. Fact is, cargo drones that cost over USD 10,000 are unlikely to be appropriate for certain use-cases and contexts in the Amazon Rainforest. This not only due to budgetary constraints and the need for a viable business model but also because more expensive drones tend to be more sophisticated, thus requiring more training and often more infrastructure. The majority of drones used during the field tests were locally assembled in Lima with our Peru Flying Labs and tested there for two weeks before taking flight over the Amazon. This local capacity building strategy is central to all our Flying Labs. Furthermore, it is typically easier to repair affordable drones locally. Affordable drones also tend to be easier and cheaper to transport. In the photo above, two such drones are tied to the back of a motor taxi. Finally, there is little need for very high frequency flights in the Amazon, which means that more expensive drones and sophisticated drones may not be necessary. 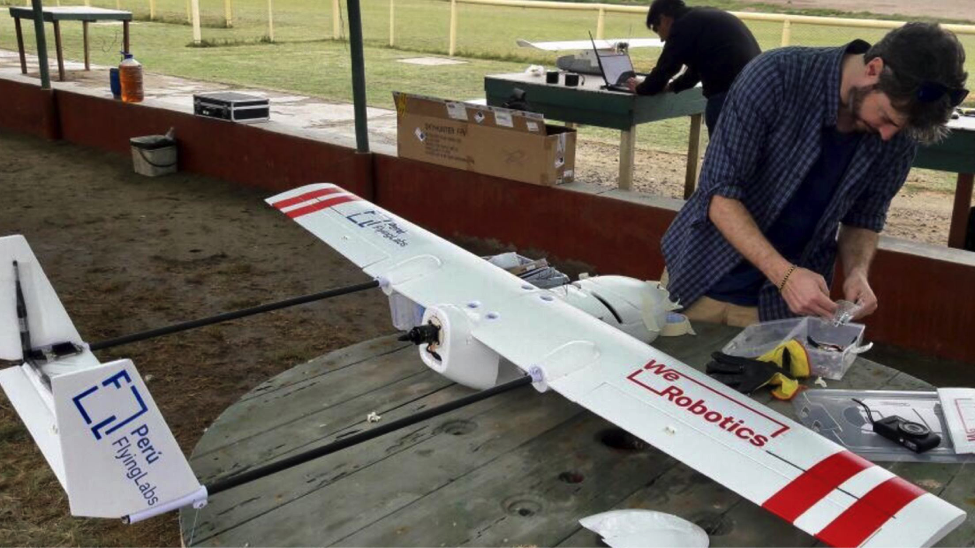 Working with affordable drones obviously comes with tradeoffs, however. One of the goals of the field tests was to better understand these tradeoffs in the context of the Amazon Rainforest—not only technical tradeoffs but tradeoffs in process as well, e.g., preventive maintenance. In total, 93% of our cargo drone flights were successful with 3 flights failing shortly after takeoff, posing no physical risk to anyone. It is important to note that the root cause of two of these failures may have been linked to preventive maintenance issues (process) rather than a technical problem. The third failure was in some ways to be expected since it was specifically an experimental takeoff meant to experiment with certain parameters. In other words it was a controlled failure, as noted in our report. Telemetry, weather data and flight statistics are also available in the report, which is the only detailed, transparent and publicly available report on cargo drone trials to date. 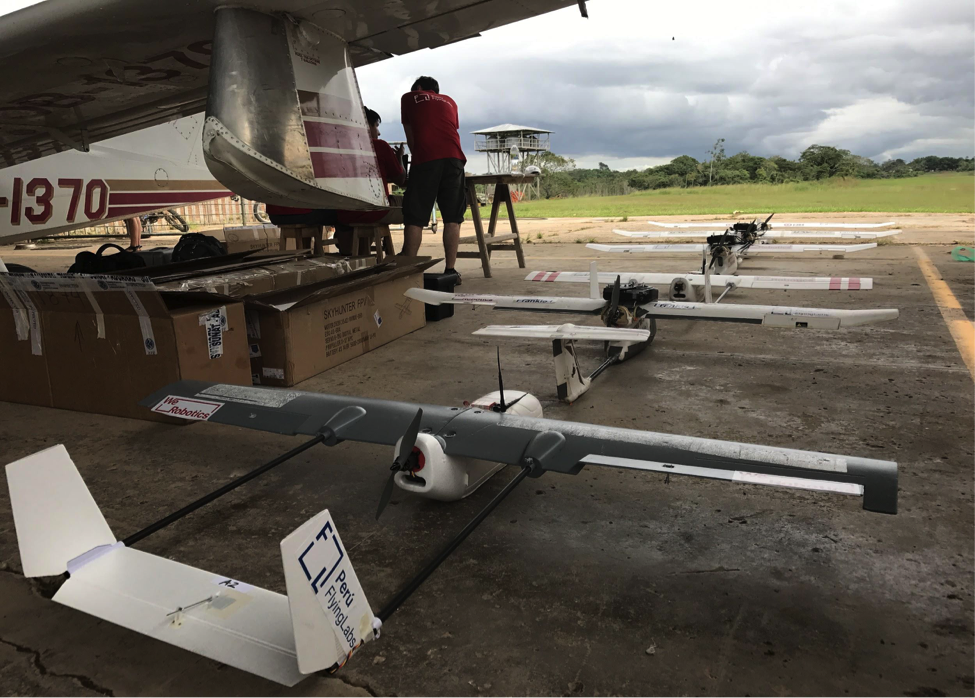 To learn more about our lessons learned from the recent field tests in the Amazon Rainforest and our future cargo delivery projects, be sure to join our webinar next month, November 15th,  at 12pm New York Time. Information on how to sign up will be made available via our email list and via social media (follow us on Twitter and Facebook). If you’d like to join future WeRobotics projects, be sure to join our roster.

In the meantime, we sincerely thank the Peruvian Ministry of Health as well as regional and local doctors and clinics in Pucallpa, Masisea, Tiruntan and Contamana for their partnership and invaluable support. We also express our very kind thanks to the Peruvian Civil Aviation Authorities (DGAC) and the airport authorities in Pucallpa for granting us permissions for the field tests. Sincerest thanks to Becton, Dickinson and Company (BD) for their partnership and support for the field tests and to the whole team at UAV del Peru for making these field tests possible. Big thanks as well to all the volunteers at Peru Flying Labs for the countless hours they put into the field tests. We’d also like to thank our technology partner, Oriol Lopez, and the missionaries in Pucallpa who lent us their airfield in San Jose. 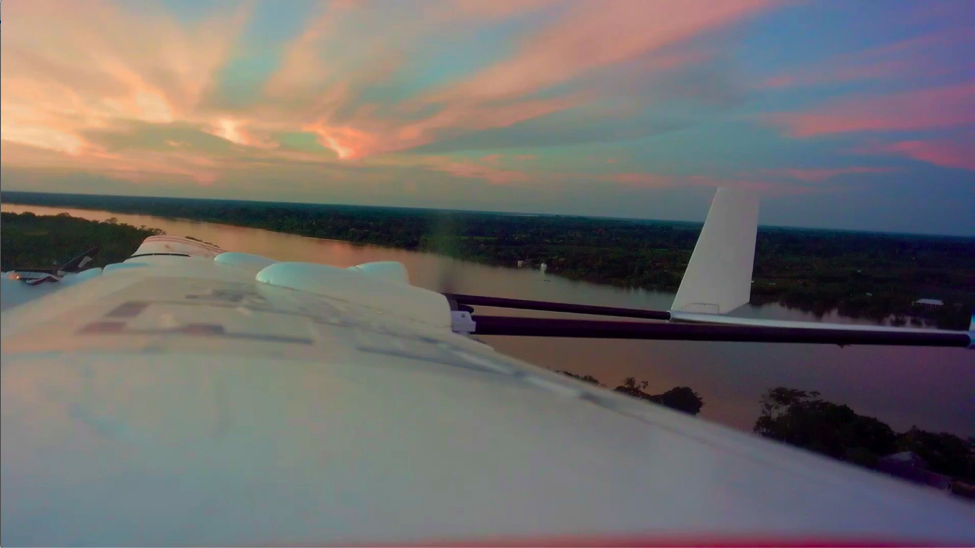