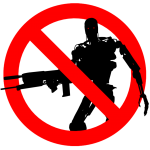 On August 21st a group of 116 of the world’s leading AI/Robotics researchers and pioneers from 26 countries, including Tesla’s Elon Musk and Google DeepMind co-founder Mustafa Suleyman, published an open letter to the UN calling for a global ban on “lethal autonomous weapons.” The focus of the requested ban is any type of weapons system controlled by artificial intelligence (AI), including robots and drones. The letter calls for all such weaponry to be added to the list of weapons banned under the UN’s 1983 convention on certain conventional weapons (CCW), which currently includes among others incendiary weapons and landmines.

One of the leading organizers of the open letter, and Scientia Professor of Artificial Intelligence at the University of New South Wales in Sydney, Toby Walsh put it best: “Nearly every technology can be used for good and bad, and artificial intelligence is no different. It can help tackle many of the pressing problems facing society today: inequality and poverty, the challenges posed by climate change and the ongoing global financial crisis. However, the same technology can also be used in autonomous weapons to industrialise war. We need to make decisions today choosing which of these futures we want.”

The WeRobotics team has without hesitation signed this letter. We believe in the safe and responsible uses of robotics & AI for social good. We agree with the sentiments of fellow co-signer Yoshua Bengio, founder of Element AI, that such weapons could cause a general backlash against the technology as a whole. Widespread deployment of autonomous weapons would  “hurt the further development of AI’s good applications”. Communities throughout the Global South can benefit enormously from AI and robotics, but not if those technologies become overly identified with military purposes.

Please read and have your organization sign the letter here: http://futureoflife.org/autonomous-weapons-open-letter-2017/