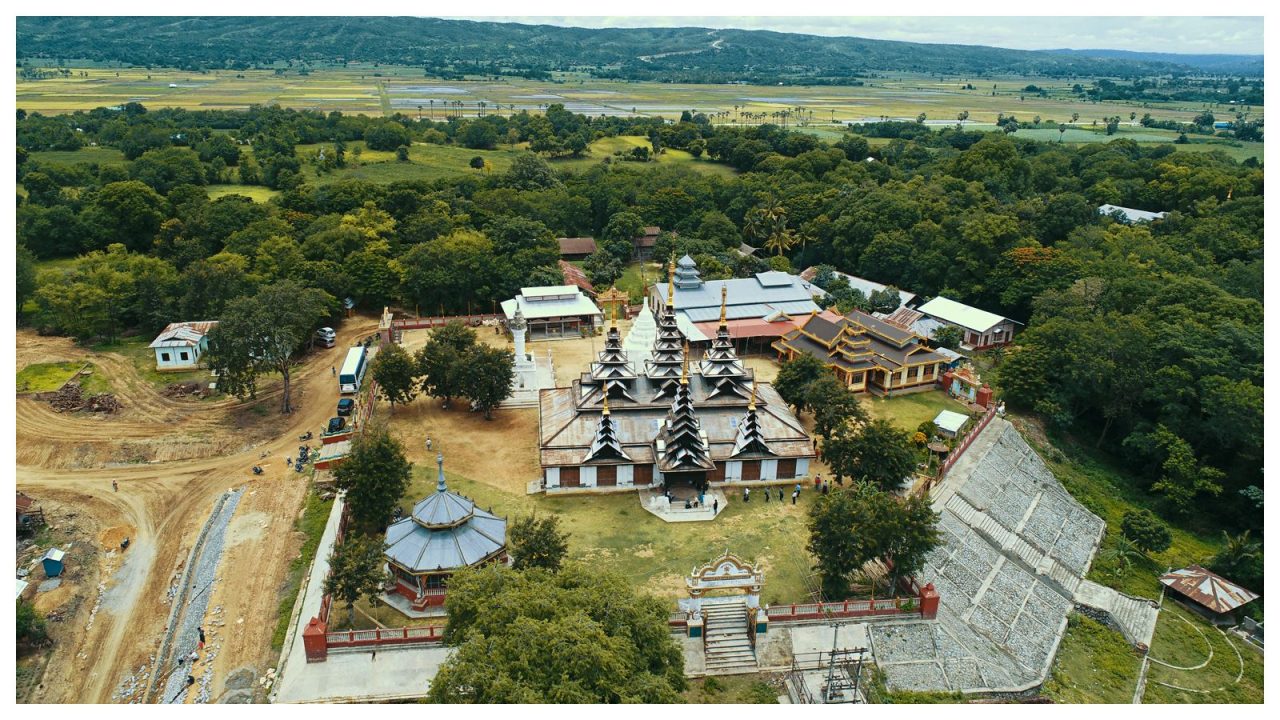 In the shade of an age-old pagoda, not far from the brand-new capital of Myanmar, a small team of Burmese drone pilots gets a small fleet of robots ready for flight. Within 5 minutes the pilots give the sign that the drones are good to go. One zooms off into the surrounding countryside to survey the simulated flood zone. Another flies a predetermined pattern, collecting aerial imagery of another zone for damage assessments. Yet another directs a search and rescue team to the site of gathered survivors. Meanwhile, the data teams wait patiently for the results. 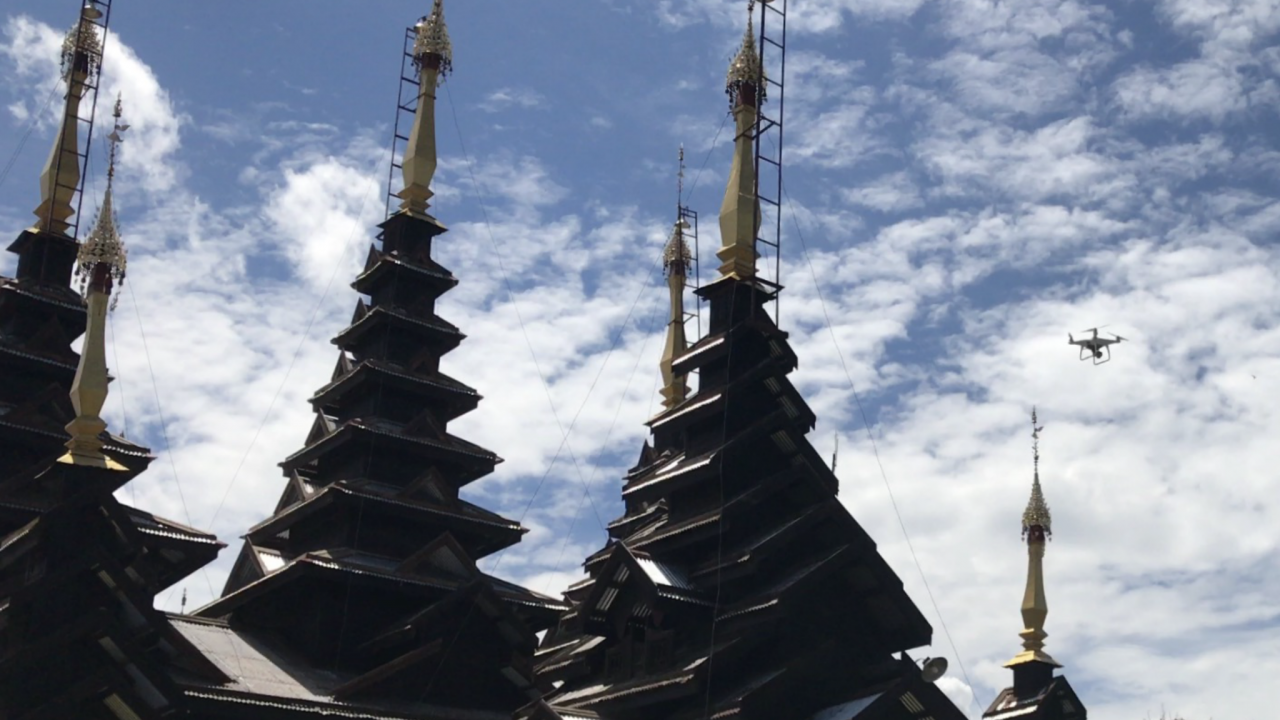 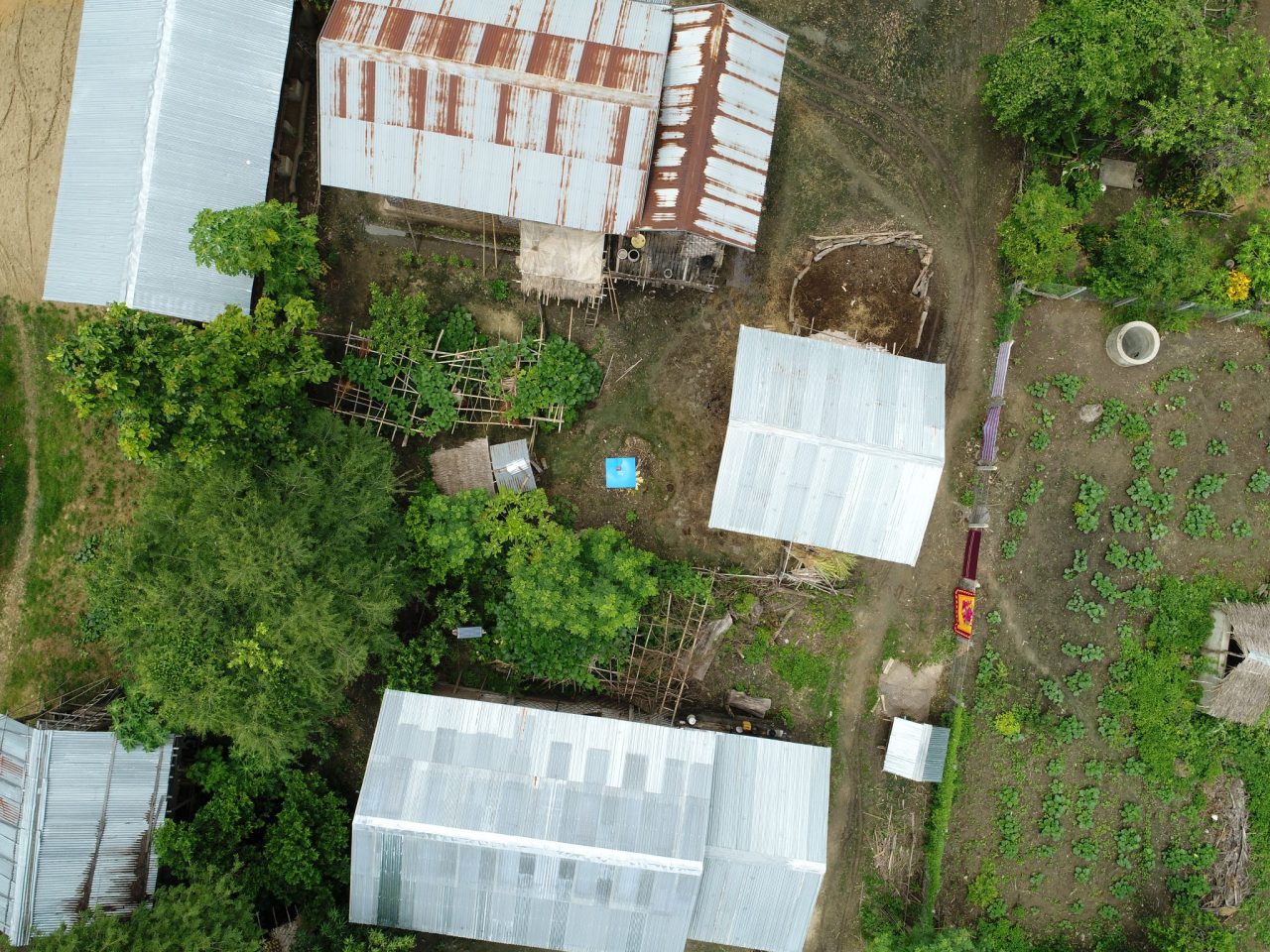 The imagery, which has been passed from the pilots to the data analysts is processed to map location coordinates for the search and rescue teams who go travel by foot to the exact locations where survivors need help. The other responders are responsible for the remaining markers, each of which need to be physically retrieved and brought back to the pagoda in order to successfully complete the simulation. With impressive harmony–given the relative novelty of this simulation–the data analysis team, the search & rescue team, and the coordination team turn the collected data into actionable information. 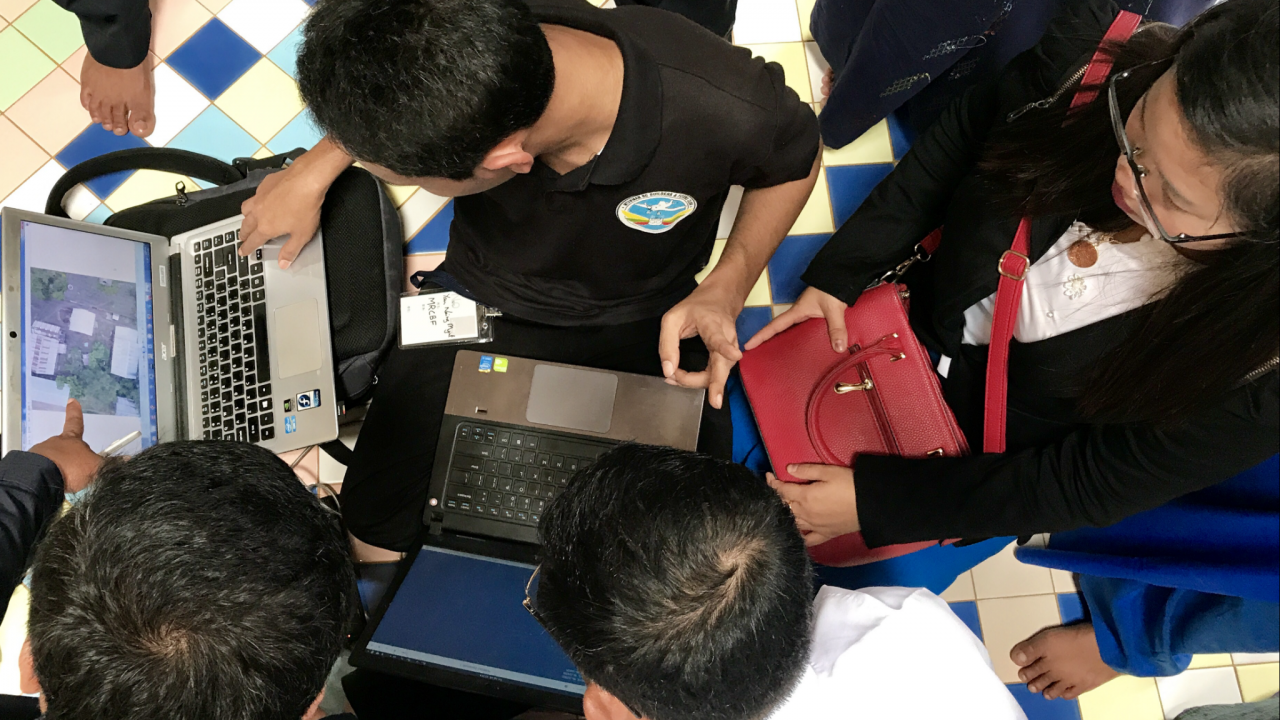 Its mid-July and WeRobotics is in Myanmar at the request of the United Nations World Food Programme (WFP) to co-lead the third in a series of four workshops and simulations. In Dominican Republic, Peru, Myanmar, and soon, Niger, these simulations, together with global consultations with other key international actors, sponsored by the government of Belgium, aim to build a mutually agreed-upon and broadly supported coordination mechanisms for the safe, effective and ethical introduction of drone technology into humanitarian emergencies by local, national and international actors. 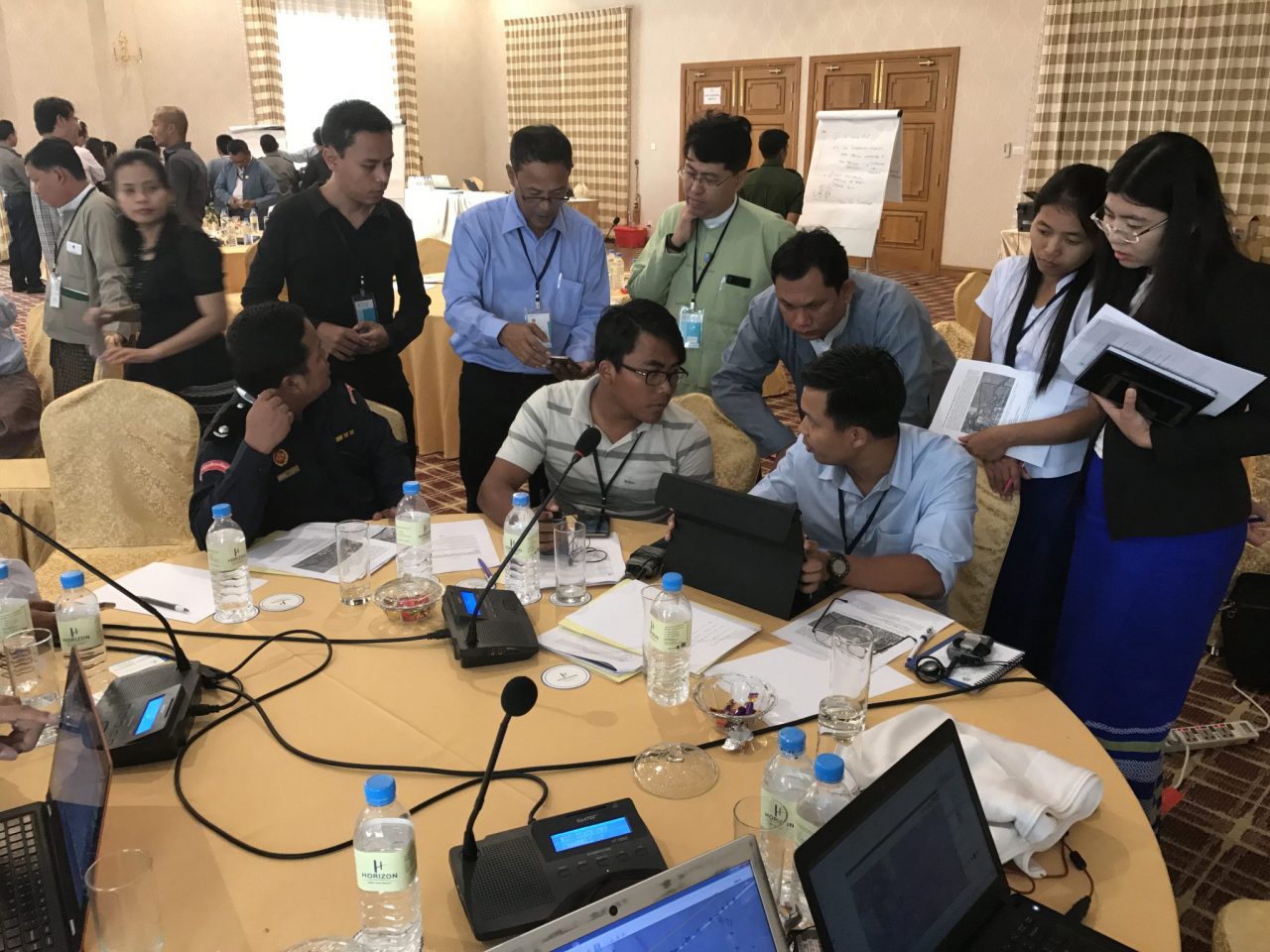 Throughout two days of group discussions and presentations key stakeholders in Myanmar’s disaster response community, including various government line ministries, military, civil aviation, academia, UN & NGOs, as well as private industry were briefed on humanitarian drone best practices, and guided through debates over how and why to use drones during different stages of a disaster response. The two days of dialogue were put into action on the third day in the skies of Myanmar as emergency responders tested out simulation ideas and practices for humanitarian coordination using aerial robots. 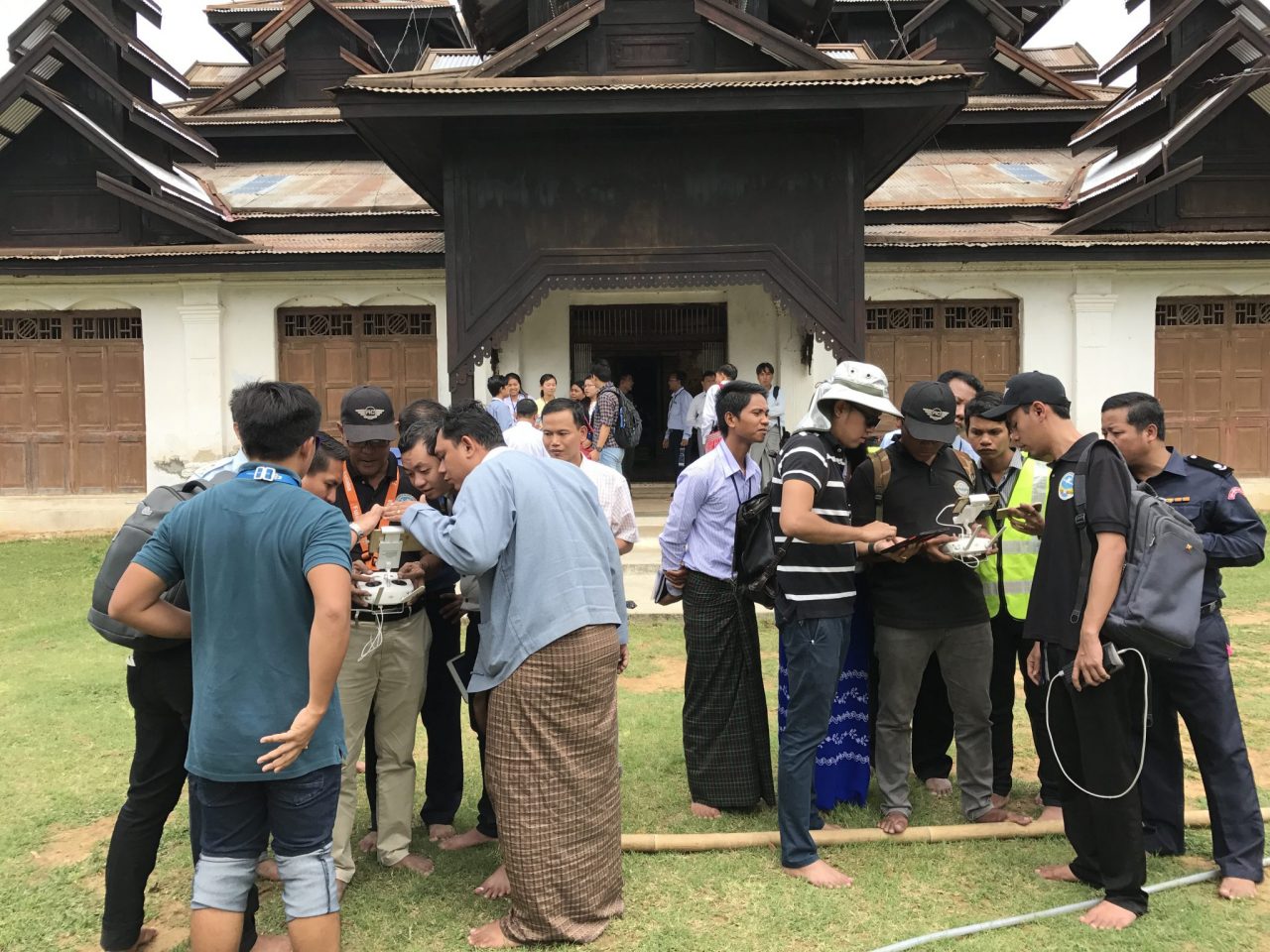 The beauty of simulations is that they test new ideas and processes that may not yet exist, or exist only in theory, in order to discover what works and what doesn’t in terms of methodology, technology, information and workflows. The key findings of the Myanmar workshop and simulation activities were plentiful. Here are a few of them: 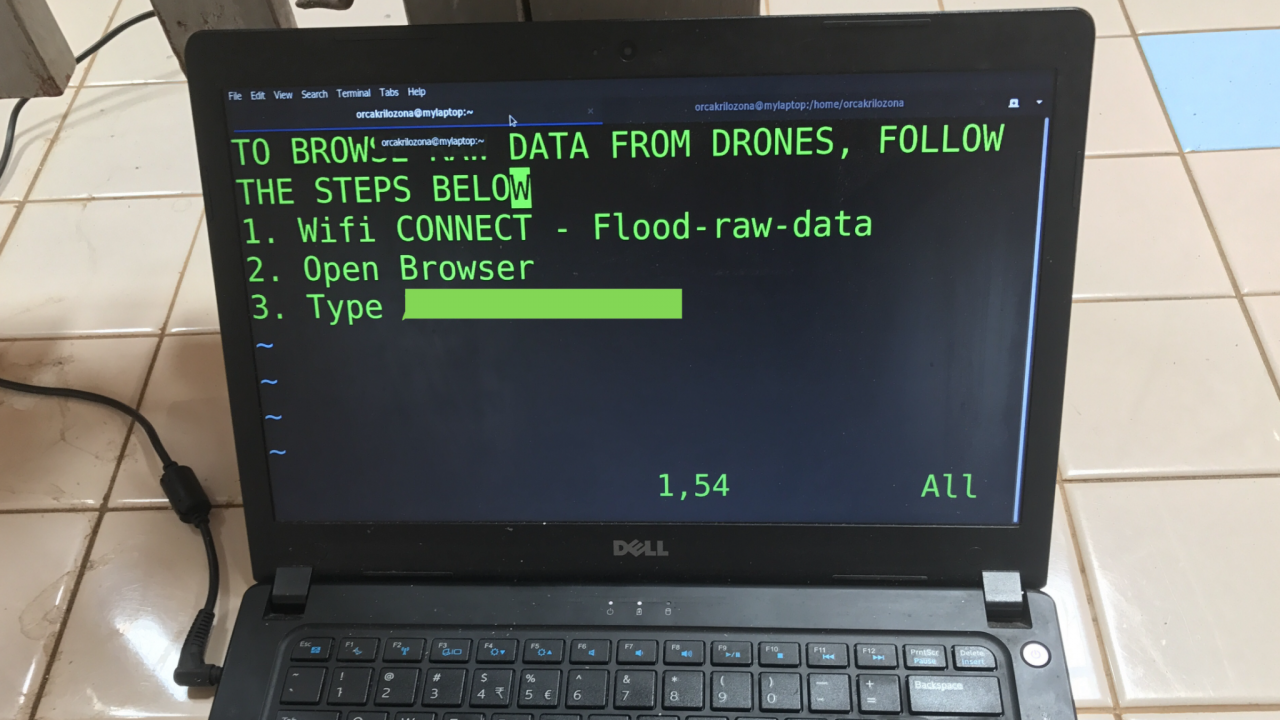 Inside the pagoda the teams gathered at day’s end to reflect upon on the simulation, and to speculate on the future of robot-assisted disaster response in Myanmar. Enthusiasm and excitement about emerging possibilities pervaded the group, mixed with an appreciation of the complex task ahead of coordinating drones into emergency response procedures. Compared to the simulations that were run in the Dominican Republic and Peru, the Burmese participants were the most organized and the quickest to successfully complete the challenge. 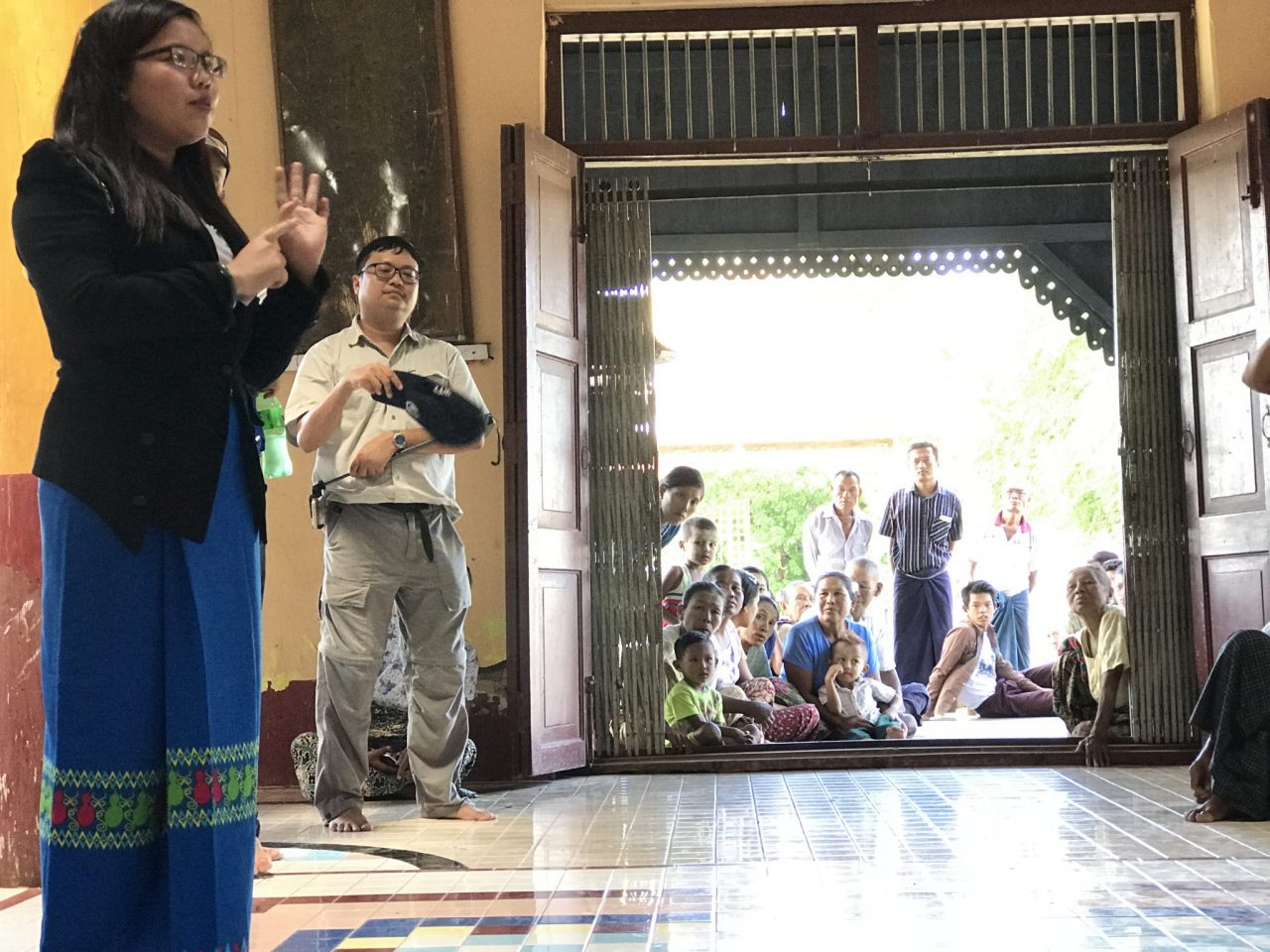 Over the coming months the participants, with support from WeRobotics and WFP, will begin to assemble the building blocks of a national plan of action to integrate aerial robots routinely into disaster response operations, and make sure when that integration happens that it’s founded upon solid principles of institutional coordination, open and secure communications, humanitarian ethics and efficient information management. 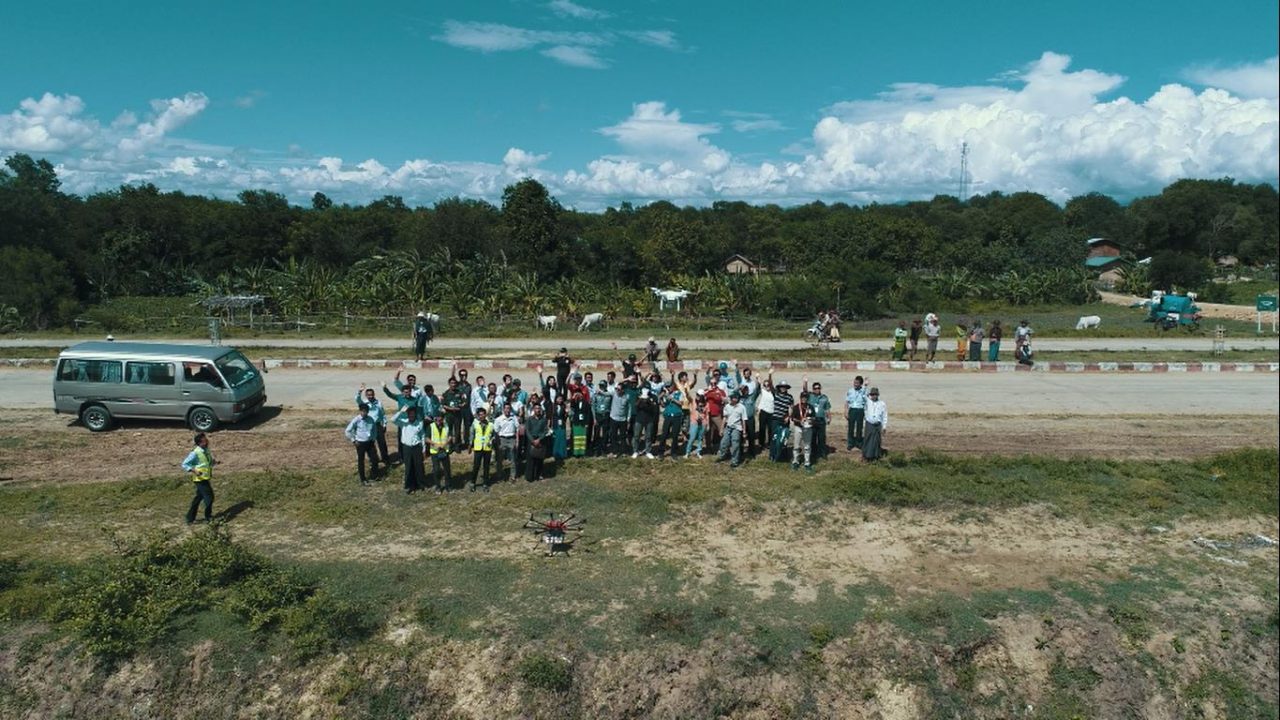 Within weeks of the workshop, severe floods affected many villages in Pakkoku District. A joint collaborative UAV team composed of workshop participants and led by Ministry of Social Welfare, Relief and Resettlement (MSWRR) deployed UAVs to to  capture real times images. 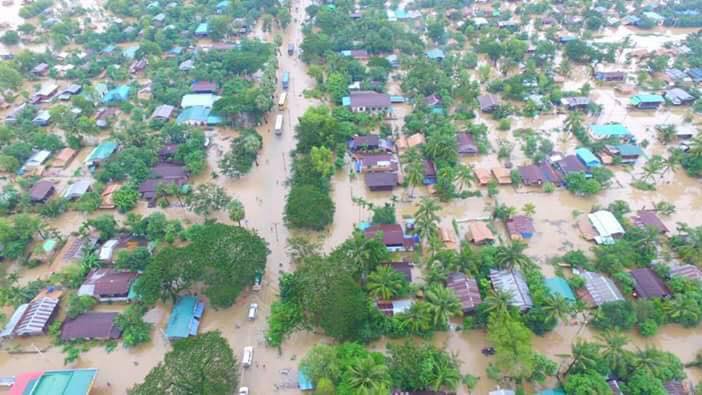 The Relief and Resettlement Department (RRD) under MSWRR, Department of Agriculture (DoA) and Myanmar Aerospace and Engineering University (MAEU) established joint collaborative drone team with the technical support of the Food and Agriculture Organization (FAO) to capture real time imagery of flooded areas in villages from Pakkoku District, Magway Division. The purpose was to raise public awareness, to support flood disaster management efforts, to identify life-saving hills/evacuation routes and to produce up-to-date maps for emergency response. On July 26, 2017, the joint UAV team captured aerial pictures of Tha Phan Pin Village, Tha Phan Pin IDP camp and Tha Phan Pin Village Tract in Pakokku Township, Pakokku District, Magway Division. The next day, the mission surveyed three villages in Saku Township and Min Bu Township, which were facing river erosion and water entering into the village. That same day, a team led by Union Minister of MSWRR visited and observed the aerial images and videos and supported the needs of UAV team. “The future of emergency response is here and now,” remarked a pilot during the workshop. In Myanmar, as in Dominican Republic and Panama, it certainly seems so. 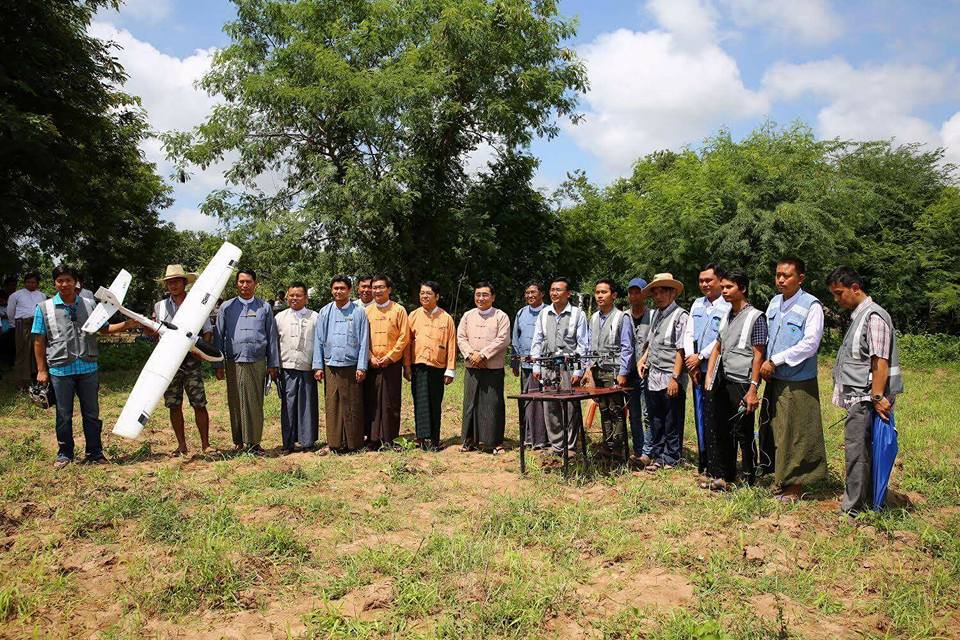