“Still in its infancy, research and development projects into unmanned maritime cargo initiatives are aiming to bring about massive disruptions in the global transportation world throughout the complete logistics value chain.”

WeRobotics is actively scoping a range of robotics solutions to address a number of transportation challenges we’ve encountered around the world. We’ve already started to field test aerial robotics (drones) for cargo delivery in the Amazon Rainforest and now seek to draw attention to specific transportation use-cases that could directly benefit from autonomous cargo ships. Some 2 billion people on this planet live on or near a coastline. Cargo ships could thus have a range of humanitarian applications. The main factors we’ve been looking at in the aerial cargo delivery space include navigation, connectivity, positioning, control, regulations and jobs. We use this same framework below to present the specs that autonomous ships need to have to solve humanitarian challenges. 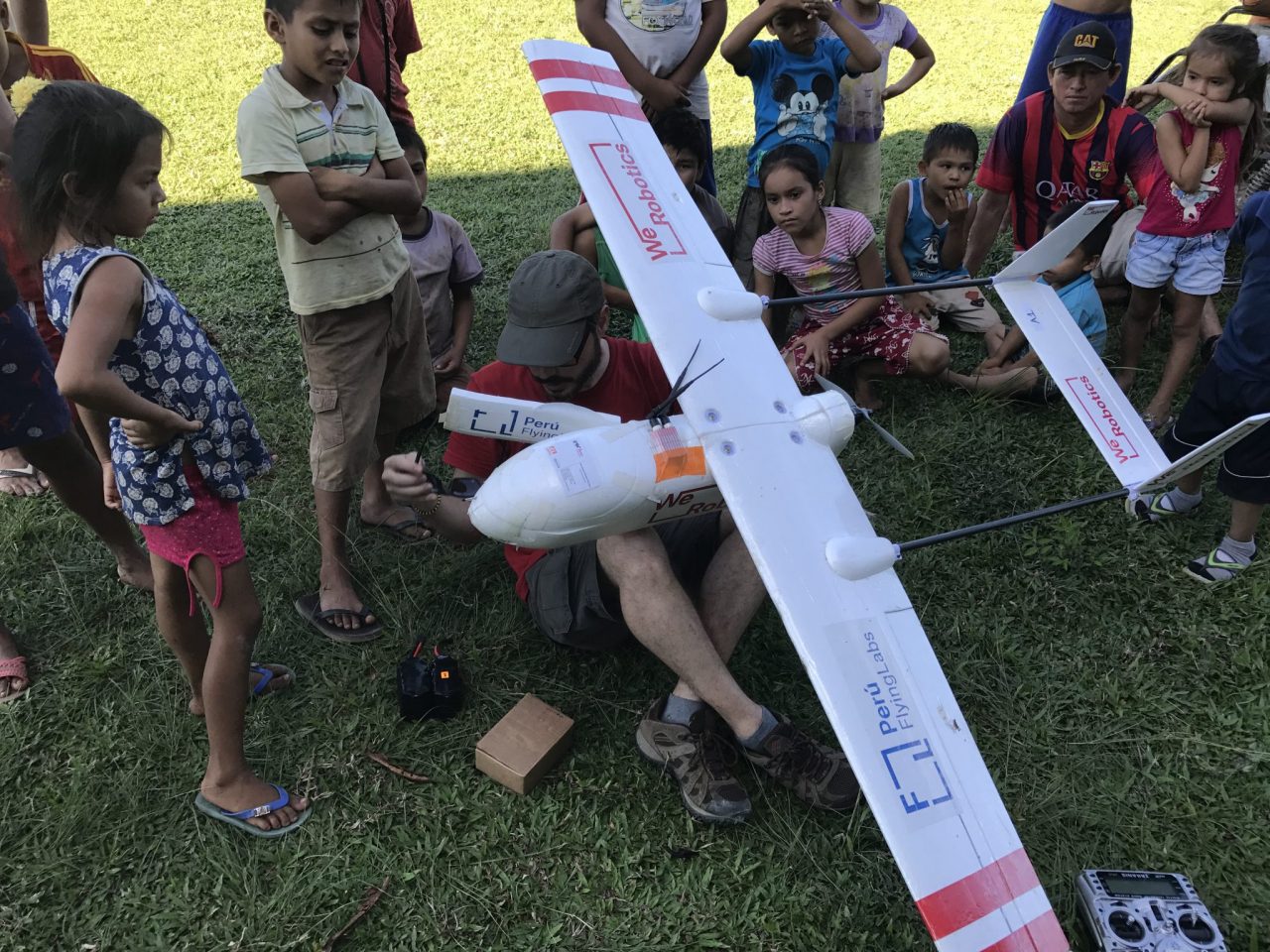 First, the use-cases. We’ve spoken at length with Filipino doctors who work in the Cuyo Archipelago in Palawan District, one of the poorest districts in the Philippines. We’ve learned from these doctors that access to essential medicines and vaccines across the archipelago is unreliable and costly. A public health survey in Palawan concluded that the availability of essential medicines at the clinic level varied from 80% at the principal hospital to below 20% at the rural health units. Another report from the Philippine Ministry of Health indicated that Palawan is among the lowest regions in the country for measles vaccination with coverage limited to 27% of the population. 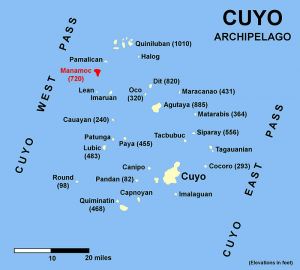 In the outlying islands, medical transport is entirely dependent on ferry networks which travel infrequently and charge high cargo fees. Few pharmacies have been established in these outlying areas, in some cases as low as one per 10,000 individuals, in part because of the inability to access regular and reliable medical cargo. These islands are densely populated, for example Canipo has a population of 1,500. From Canipo to Cuyo, it’s an hour boat ride assuming calm waters. From Cuyo to Manamoc, it’s a 4.5 hrs boat ride but there are no regular boats. So one needs to rent a boat which can cost up to USD 170, which is very steep for local residents. Local partners also note that the boats cannot go out when there are even moderate waves, which means that these islands often get isolated from other municipalities. Even on Puerto Princesa itself, resupply often takes weeks at a time based upon infrequent ferry transport from areas more central to the larger Philippine economic networks. During recent disasters like Typhoon Haiyan these maritime networks have been knocked offline completely due to damage to boats, which in turn has blocked medical resupply for weeks at a time.

We’ve identified other applications for autonomous cargo ships along the coast of East Africa, in the Amazon Rainforest as well as in the South Pacific. In the Cook Islands, for example, it is very expensive to reach the outer islands by plane (USD 3,000 with 7kg max of luggage). There are no reliable boats to take the 4-day journey to these islands; a journey which can be dangerous – several boats have run ashore trying to reach these remote villages. So when Cyclones hit the region, affected island populations get little to no relief for weeks. When speaking with the Cook Islands Red Cross, we learned that one of the main challenges after a disaster like a Cyclone is getting batteries out to the outer islands so they can continue to use satellite phones to communicate damage assessments and needs. Naturally, food, water, medication, etc., is also needed following major disasters. And for those without access to ports or docks (when these have been damaged by disasters), aerial cargo drones on cargo ships could deliver supplies to shore, as noted here. 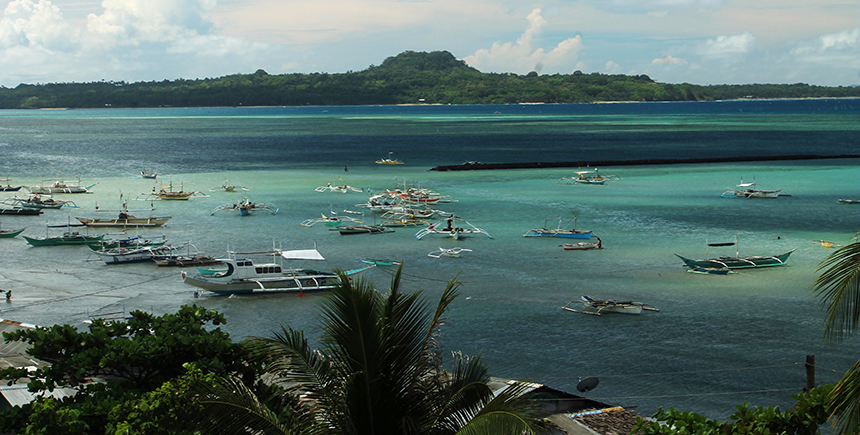 These are important challenges; challenges that directly affect the lives of millions. What we need are affordable autonomous cargo ships. These ships need to be small so they can be transported to remote areas easily and cheaply. They need to be locally maintainable and easy to use. And obviously, they need to be safe, reliable and fast. We want to actively field test these solutions in the Philippines and elsewhere, and learn by doing. Since one of our key goals at WeRobotics is to create local jobs around robotics as service, we’d be looking to train fishermen and others to operate these cargo ships and to create their own businesses in the process.

Just like aerial robotics, a one-size-fits-all autonomous ship solution is unlikely. Due to different geographical environments and requirements, we believe solutions may lie within a fleet of smaller and more case-specific auto-ships that use similar software and hardware configurations. Leading with small vessels may also chart a sustainable route for the industrial development of larger unmanned cargo vessels. Recent findings from research projects like MUNIN suggest that inland or short distance sea ships will need to be the first movers regarding autonomous solutions. Since early adopters will test the feasibility of smaller auto ships first, successes will likely stimulate similar initiatives within this new industry. Our interests are therefore in line with those of the burgeoning autonomous cargo ships industry. Together, a collaboration could thus unlock a spectrum of possible applications. 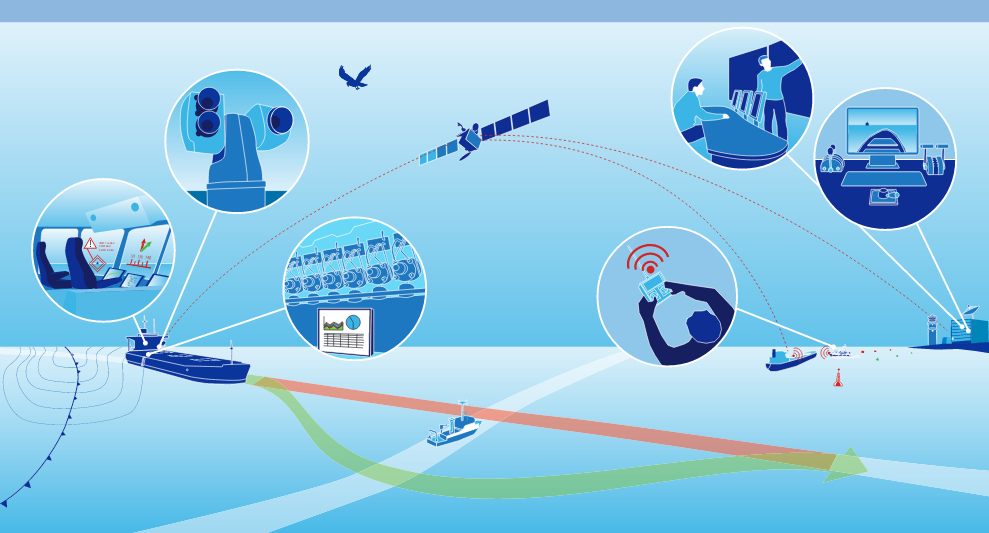 Just like the differences between regular passenger or cargo airplanes and their smaller drone counterparts, visions for the design and functionality of new unmanned small boats will also differ from bigger vessels. The first test vessels won’t need to have the full solutions or problem solving capacities of their successors. 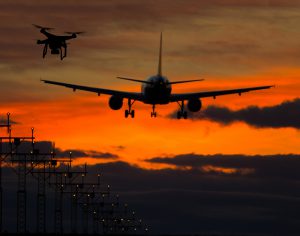 Navigational challenges will inevitably arise due to the less known and less accurately mapped surface water locations. It is useful to know the shape of wind currents above and wave frequencies below the waters you’re sailing in. Microclimates can rapidly change these parameters and increase the difficulty of navigating either manually or autonomously.

Connectivity will be crucial, certainly during the test phase and probably also thereafter. As long as a vessel stays connected to a network, it’s location can be retrieved and it could be searched in case of error. This will also allow distant decisions made by man on shore to change the vessel’s behavior, like some kind of remote control. O3b or other satellite networks could be used for this case. 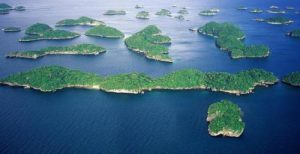 Positioning is crucial to move from point A to point B which is obviously the main goal of this project. Future unmanned ships and inland barges vessels will need relatively high accuracy in spatial orientation. This challenge is assumed to be less demanding for the test cases.

Control algorithms and actuators are key to making the small vessels unmanned or autonomous. These can be as simple as following a certain heading (direction of a ship) with one actuator, or as complex as accurately maneuvering a vessel in full six degrees of freedom. 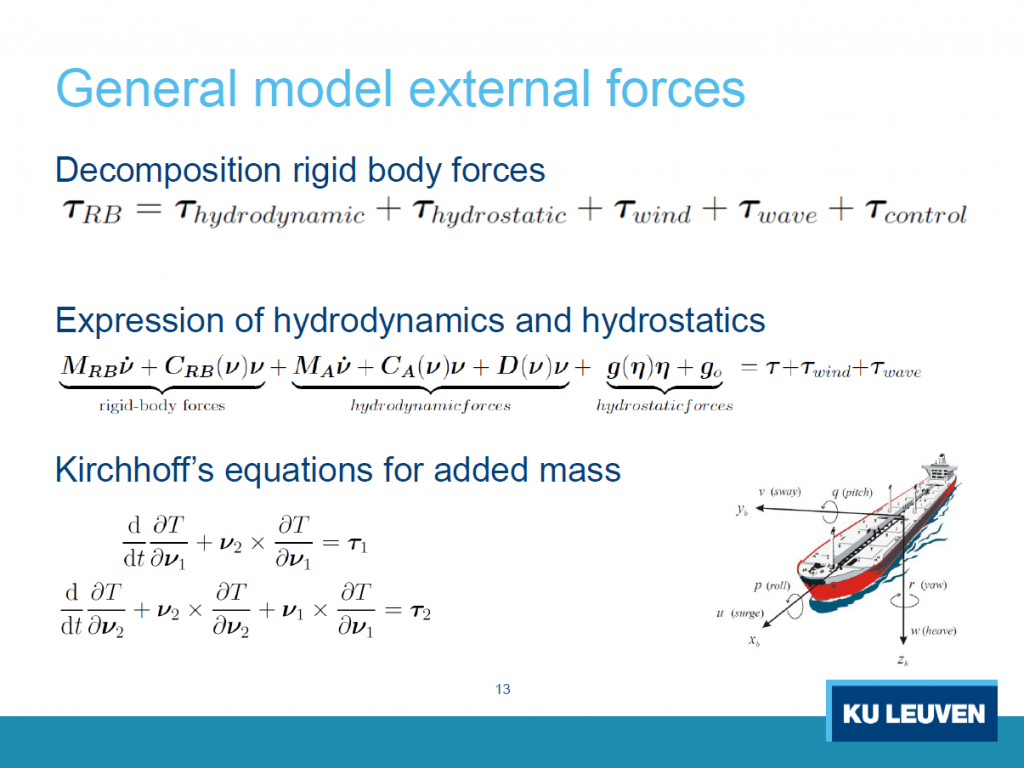 Local job creation is key in this project. Differences and challenges regarding infrastructure and resources complexify the problem, both during the test-phase as during the follow-up.

Maritime regulations need to be obeyed. The IMO’s MCC (International Maritime Organization’s Maritime Safety Committee) is considering proposals to determine how safe, secure and environmentally sound the operation of autonomous ships needs to be in order to be introduced into the IMO instruments.

In conclusion, a number of solutions are starting to become available to address some of the problems we’ve described. But we don’t have all the answers, which is why we’re asking for expert guidance. We think that a simple, poka yoke designed vessel, e.g. one that can be thrown in all directions by the waves and will end up floating and sailing again on the surface thereafter, with a simple actuation (i.e. thrust and steering) that’s either on or off in order to get from point A to B and that has limited situational awareness (i.e. it does not have to avoid hazards) and is perhaps remotely controlled, is certainly doable. However we invite the community to propose better designs for this vessel to solve the different challenges we’ve described.

To give you some inspiration of the related state of the art regarding smaller surface vessels, take a look at MIT’s WAM-V USV vessel, Maritime Robotics’ Mariner USV, AMOS’ REMUS 100 or Southampton’s Maritime Robotics Laboratory. They are all pieces to this humanitarian technology puzzle and their departments are openly invited to join this challenge. 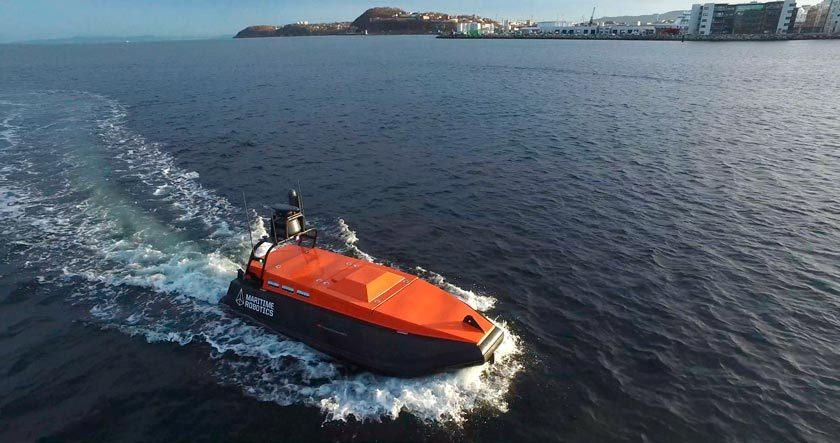 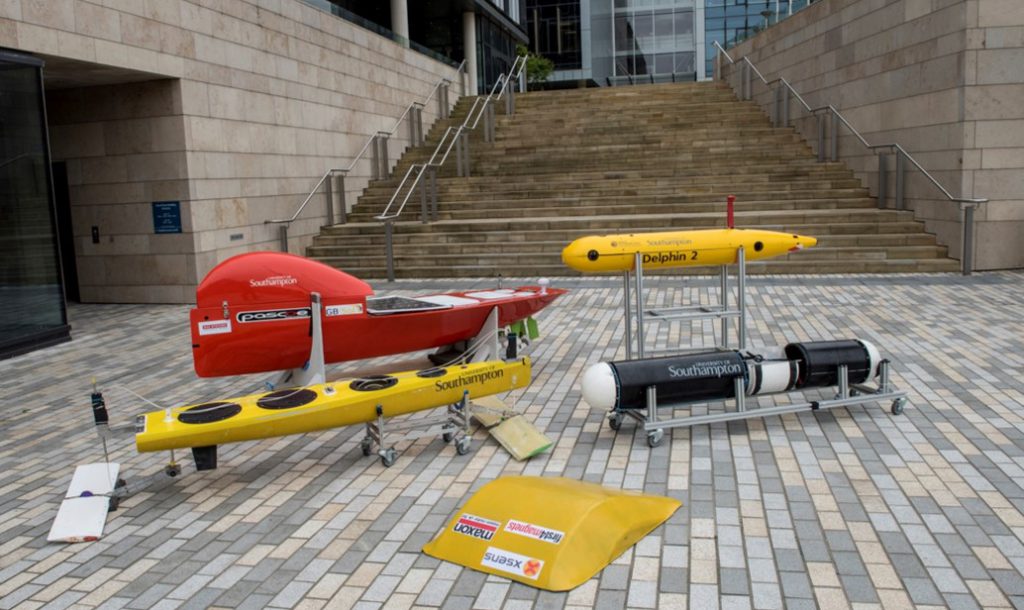 This blog post was co-authored by Gerben Peeters and Patrick Meier. Gerben is PhD researcher on autonomous inland shipping at the KU Leuven. Patrick co-founded WeRobotics.