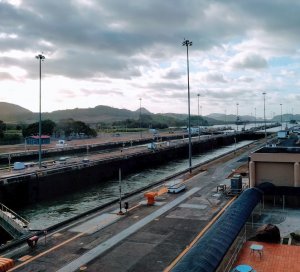 Back when the Panama Canal Zone was a territory of the USA this slender passage between the Atlantic and Pacific oceans was pockmarked with military bases. US Southcom itself was stationed right next to the primary canal juncture point on the southwestern tip of Panama City. When full sovereign control shifted back to Panama in the early 2000s the vast Southcom complex also shifted proverbially from swords to ploughshares, becoming what is now known as Ciudad del Saber, or the City of Knowledge. Initially conceived as a multinational tech park, over time its residents have expanded to include cutting edge research institutes, international universities, regional headquarters for virtually all United Nations agencies, offices for multiple large NGOs, and most recently a startup incubator. I’m here to work with colleagues in the Inter-American Development Bank and the Universidad Tecnológica de Panama to figure out how WeRobotics can help to connect some of these dots into a regional hub to promote robotics for social good called Panama Flying Labs.

The needs for emerging robotics applications here are obvious and numerous.  Start with the canal zone itself. Roughly 40 miles long, comprising 553 square miles in total, this is one of the largest ecologically protected areas in Central America. The Canal Authority, which is responsible for environmental management of the entire zone, already uses a couple of DJI Phantom drones to do rapid aerial imaging of points of concern. But our dialogue with them reveals deeper potential to conduct broader aerial mapping and to utilize marine robots for water quality monitoring, both routinely and in the event of hydrologic emergency.

Water monitoring is an issue throughout Panama and the rest of Central America. In the middle of the week I meet up with folks from CATHALAC, el Centro del Agua del Tropico Humedo para America Latina y el Caribe, to talk over what they’re already doing for watershed mapping and how we might help to build more capacity in the future. CATHALAC is already far along in this field, conducting trainings in drone mapping and remote sensing, and utilizing high resolution imagery to detect risks and change in environmentally sensitive areas. Expanding and deepening this work, connecting it up with disaster management, and linking it to the broader field of marine robotics should become a priority. 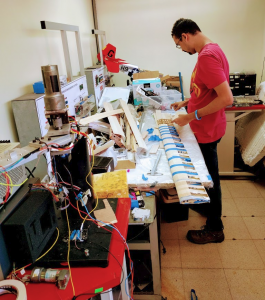 The Universidad Tecnológica de Panama also plays a central role in these emerging partnerships. Faculty and students are right now building their own drones, developing prototype robotic systems and are working on the early stages of a fab lab for hyperlocal manufacturing in a new center being built on the campus. These talented students need connections, entrepreneurial training and exciting new projects. Interest is strong here in linking local engineering talent with the social good sectors to benefit the educational experience of Panamanian students, improve their job prospects, and thread the university’s capacities into the formation of local and regional technological capital.

Jobs and capital formation are of course foremost on the minds of our hosts at the Inter-American Development Bank. Panama is in many ways uniquely positioned to play a leading role as a regional innovation center. Cultivating innovation rooted in local economies and the specific social needs of the surrounding area is at the cutting edge of new development strategies tailored towards inclusive growth and democratization of emerging information industries like robotics.  The creation of Panama Flying Labs is part of that strategy, including the creation of new startup businesses and the  integration of startup business into the growing social sectors from environment, agriculture and water to disaster resilience and community health.