At the end of October, 2016 WeRobotics received a request to fly over the town of Bukoba in north-western Tanzania, where a few weeks earlier a magnitude 5.9 earthquake occurred. During this mission, we flew our unmanned aerial vehicle (UAV) over sections of the town based on a small survey we carried out, as well as the guidance of a local engineer who was aiding us.

We aimed to create the most up to date imagery that would show us damage to the infrastructure of the town. This would greatly improve the recovery efforts because it was otherwise not easy to quickly obtain access to satellite imagery that would show such changes. This blog post will compare the images that are currently available through Google Earth Pro, with the images we captured via UAV. The former show before the earthquake, while the latter show the aftermath. The UAV images will already contain reconstruction efforts that have begun after the earthquake. We also collected images at ground level of damaged buildings in areas where it might be harder to identify damage from the aerial imagery.

The Google Earth images are from 2014, and so in many cases there have been various changes done to the area since then, such as newly constructed buildings. The photo below, captured on May 25, 2014 is a good example. 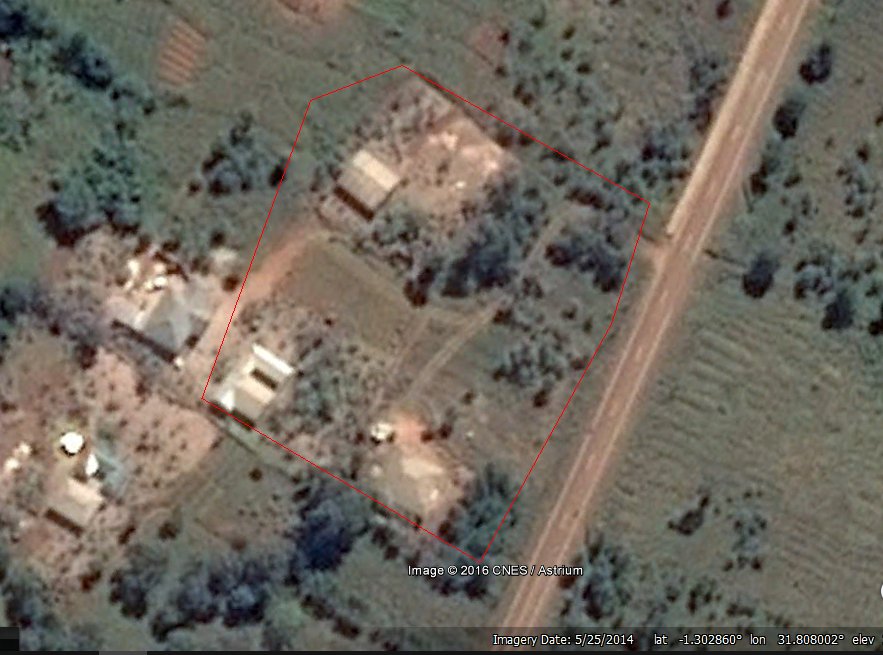 If you compare it with the high resolution image below, taken at the end of October 2016, you can see the addition of the a new building. 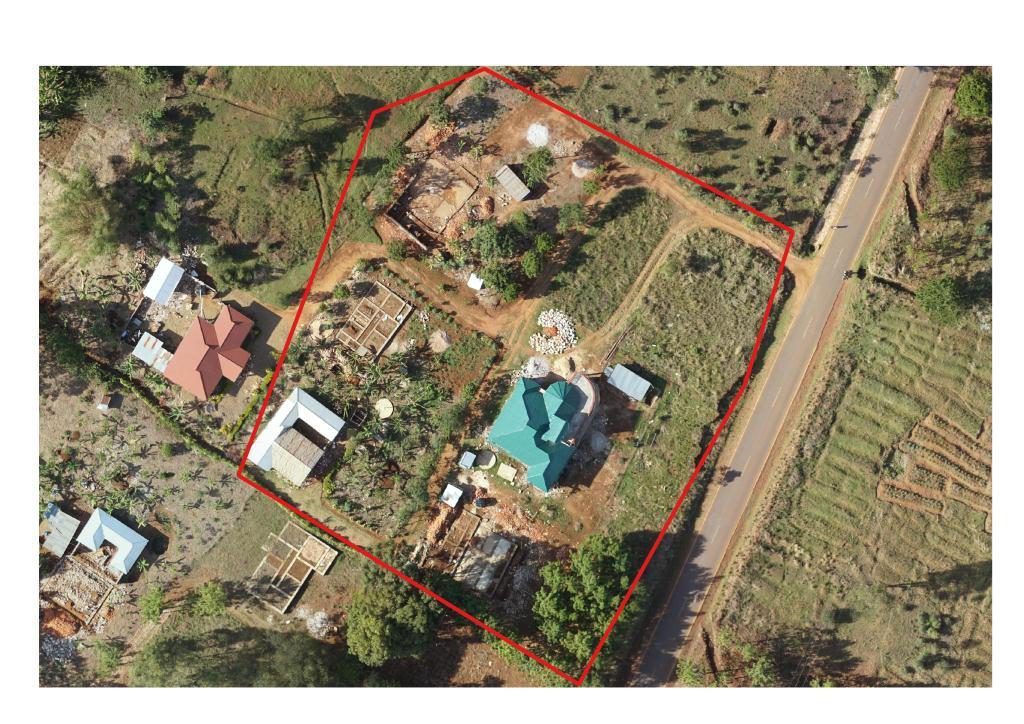 Some areas were highly damaged, and there are not even before images available in Google Earth to compare with (see the 4 images below). 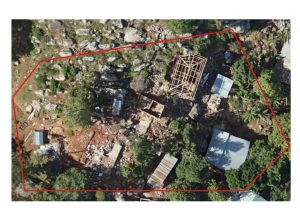 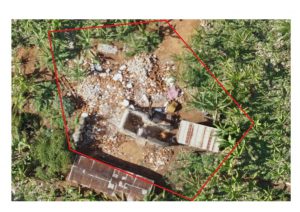 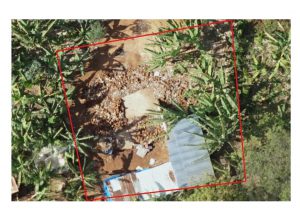 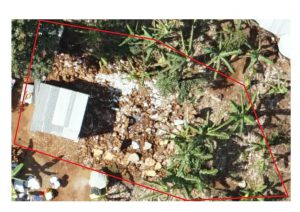 Also it is possible to detect changes, if the features are partially damaged. For example take the Google Earth image before the earthquake below. 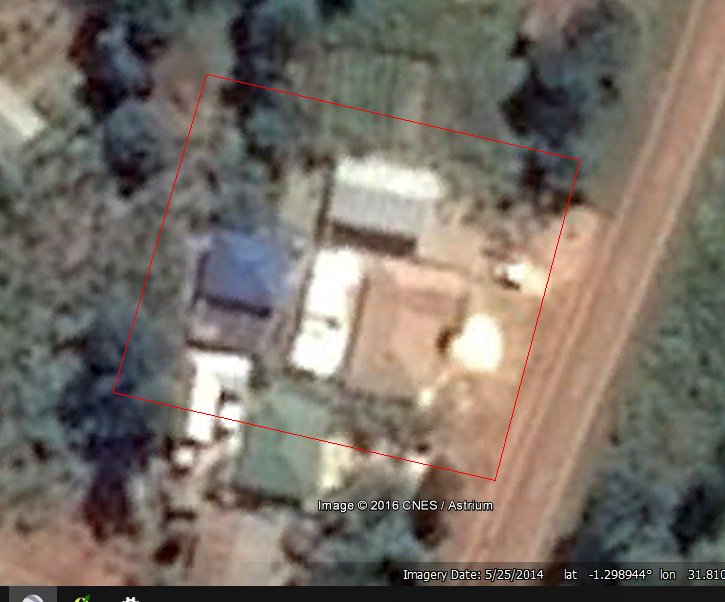 And compare to the post-earthquake UAV imagery: 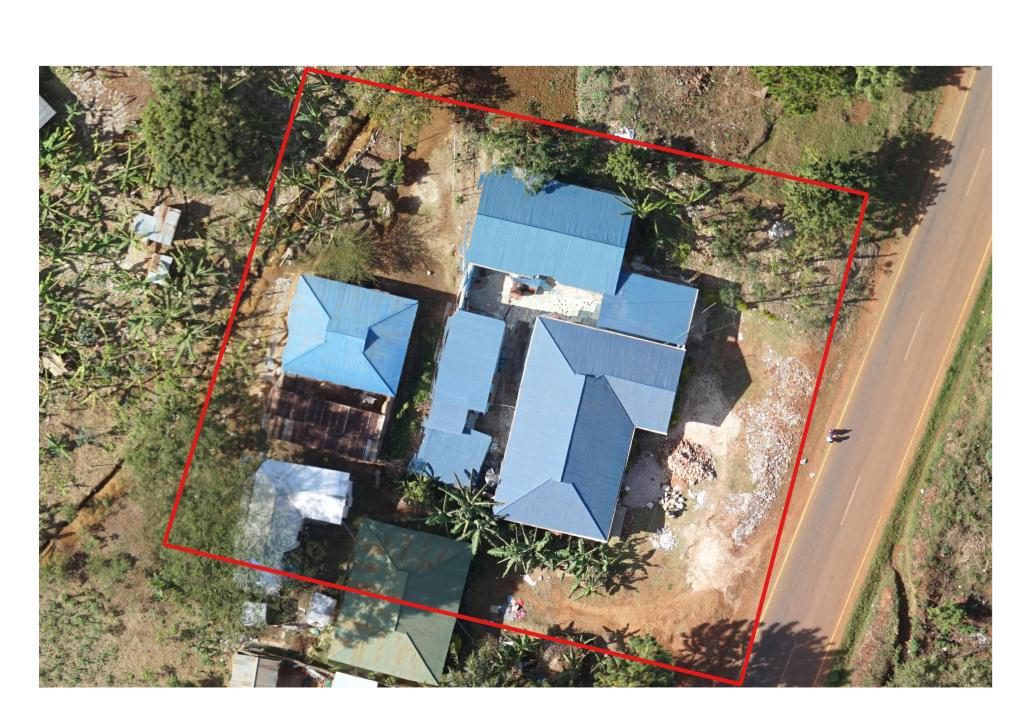 As you can observe, it is not easy to tell how severe the damages are by only looking at the roof. However, looking at the surrounding area can help to identify whether the area is damaged or not. The piles of rubble beside the building indicate that it did in fact sustain some damages.

Here are a few more comparisons of before satellite imagery with after drone imagery: 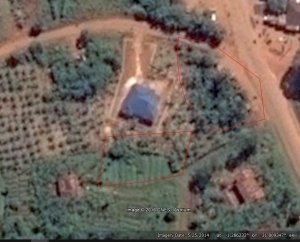 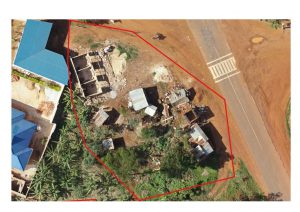 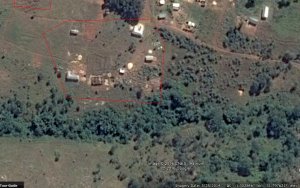 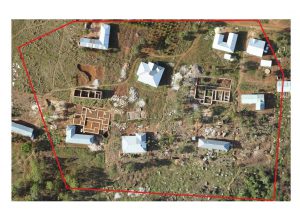 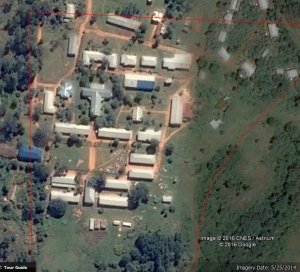 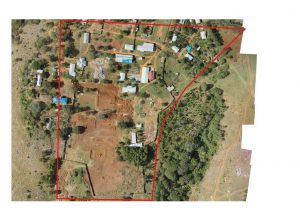 The UAV imagery also can show the areas where repairs/reconstruction are in process. For example, in the image below, it is easy to see the rebuilding efforts. 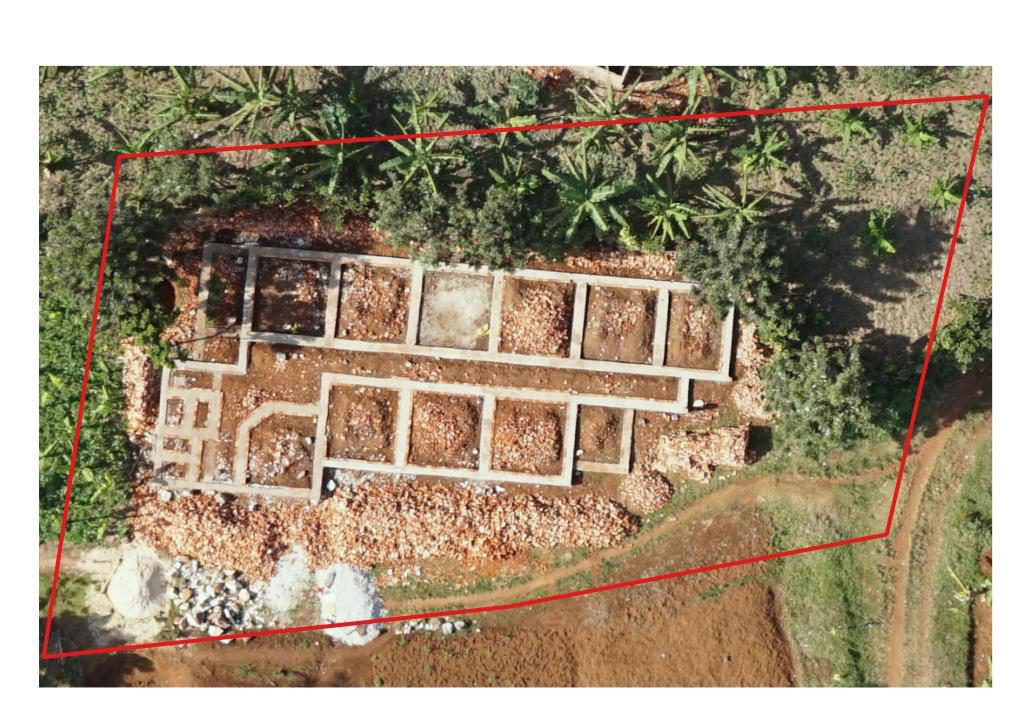 As mentioned earlier, it is not always possible to detect the damages to buildings from the air, because you only see roofs and will miss damages to walls and other areas. To solve this we captured some ground truthing images and results are those that you see below. 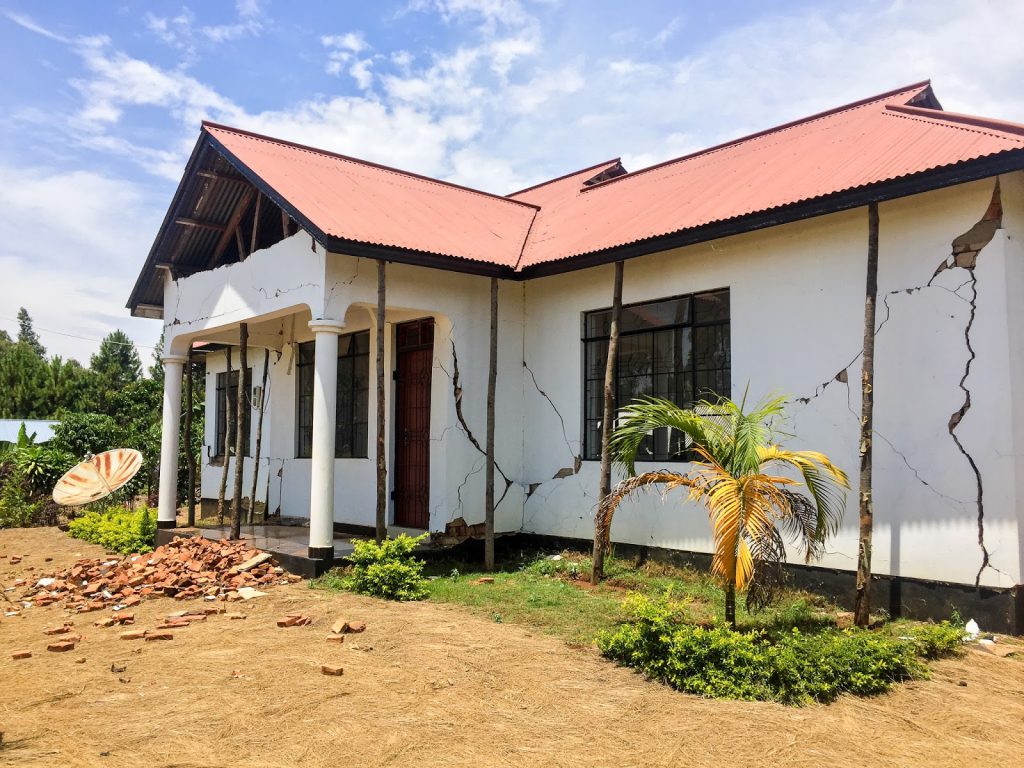 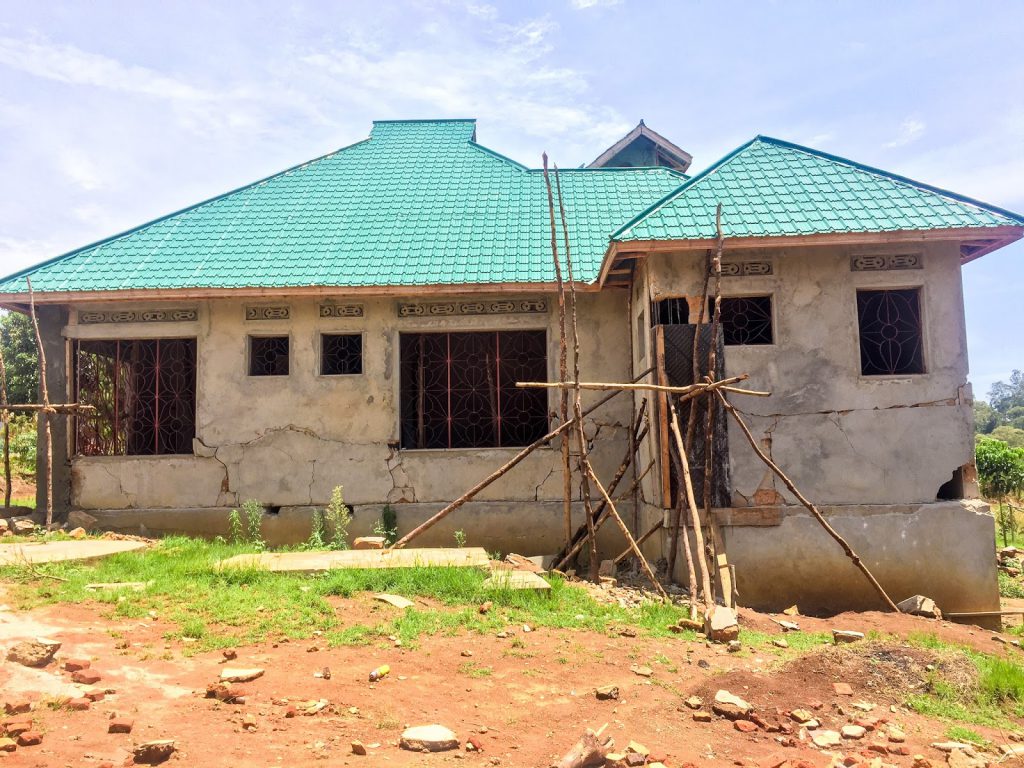 As we can observe from the above images the walls are cracked, but it would be very difficult to see this from drone imagery, and practically impossible using satellite imagery. Also on some buildings the damages / cracks are only visible from the inside.

Imagery is a great source of data that allows you to easily create a quick understanding of an environment. Having up to date imagery can help greatly in change detection in an area, either for post-disaster analysis or simply for change over time. Aerial imagery may be obtained from satellites, airplanes and UAVs, and he resolution of the imagery taken by these different platforms differs due to their distance from the ground. When it comes to post-earthquake analysis, the higher resolution imagery that can be provided by a UAV is essential because it brings the possibility to see even the smallest details, such as rubble on the ground. This, combined with their relatively lower cost compared to other remote sensing technologies, makes UAVs the ideal tool for collecting aerial data.