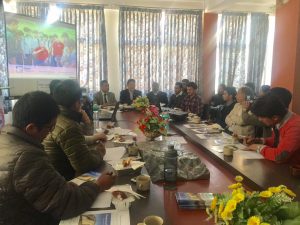 The first day of the “Drones-as-a-Service” Business Incubation Program was held on March 14th, 2017 at the Nepal Engineers’ Association (NEA), Pulchowk Lalitpur. In the presence of reputed Nepali media representatives, we conducted a formal press release informing attendants of our vision and plans for this program.

The following honorable individuals were present: 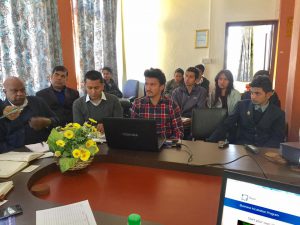 There is a lack of information in Nepal regarding the specifics of the drone industry. Due to the clampdown by the government a few years ago, many still hold the image of drones as a dangerous and disallowed object. In order to dismiss these fears, our lab coordinator, Uttam Pudasaini, presented in detail how drones work, their applications, and most importantly how much impact they could have in Nepal. NEA president Hareram Shrestha and treasurer Susan Vaidya also spoke about the possible applications of this technology in Nepal and role of NEA in liaising with the government for more flexible laws in the future.

We have utmost belief that the media has finally grasped a reliable and positive authority in drone technology in Nepal. They’ll surely spread the message, providing the public with accurate and useful information. With such presentations to the media and community leaders, we seek to educate people about drones and thus increase their engagement and innovation.

On the same day, we also hosted a seminar for the applicants of our accelerator program. With a chance to meet face-to-face with the organizers and their fellow participants, these creative minds were able to express their ideas and excitement for drones. Matt Rockwell, CEO of Disaster Hack, taught our participants, who consisted mostly of engineers, how to pitch an idea – an invaluable business lesson for our teams. Mr. Bibek KC, manager of NEA’s Business Incubation Center (NEABIC), spoke about the NEA business incubation program. Ar. Susan Vaidya also shared his experience about incubation and pitching of business ideas. Lastly, Uttam held an interactive session replying to applicants’ queries.