My Name is Yussuf Said Yussuf. I hold a Bachelor of Science in computer science from the State University of Zanzibar (SUZA). During my lifetime of study I have participated in a variety of educational activities. For example I’ve spent time providing health education to communities, travelling far outside of residential locations. I worked with a non-profit organization called One Heart Source, where I formed a team of foreign and local volunteers that gave health education to nursery, primary, and secondary grade students, and in evenings to the elderly around our home-stays. 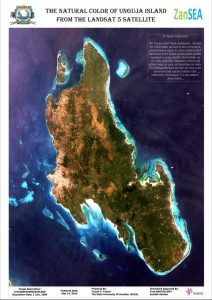 During the second year of my Bachelor course, I opted-in for the intro to geographical information systems (GIS) course. There I learned about spatial data and spatial analysis, and I started to understand how to create maps and use web mapping services. I feel that my ambition and willingness to accept the call for training, and learn about these new ideas, coincides with an important awakening of technology in Africa. Previously we had the tendency of saying that when it comes to Africa, that it has already been outdated – but this now seemed to be different.

In September of 2015, I joined a training seminar under the ZanSea Project at my university, which focused on GIS capacity building for the staff at SUZA. The end goal of the project was the production of a coastal sensitivity area atlas of the entirety of Zanzibar. It is here that I acquired great knowledge of GIS, and felt the beauty of working with spatial data. Many thanks to Yves from OBSCOM for his invaluable support. While I still lacked some knowledge of geography theory, I felt like I’ve come a long way since learning geography in seventh grade of standard school. One of the tasks that I completed during this project was working on Landsat 7 images of different bands, and trying to combine the different band combinations while observing the differences. I am now able to create a map showing 321 band combinations, which gives the map a natural color view, allowing our eyes to see the object clearly.

Late in November 2015, the idea of obtaining new aerial images of Zanzibar was decided upon, after a successful pilot mission. I was ready to learn more – and it was at this time that my life of working with drones had begun.

Different experts from senseFly / Drone Adventures came to Zanzibar, and we spent time with them in the field, learning from these experiences. When David from senseFly explained to us how to operate an eBee drone, and I got the opportunity to launch one, I found myself interested and eager to learn more. Teams were formed, and we were trained by Anna, a technical expert from senseFly / Drone Adventures. From that first training, I began to answer some of my own questions, such as “what is the magic behind flying robotics?”.

Robert from sensFly told me that learning how to fly a drone takes just a single day of training; you plan your mission, find takeoff / landing locations, and you launch your drone. But being able to successfully manage a drone operation, you need to spend much time in the field facing the challenges that may arise. I have gained trust in myself in operating the eBee drone, because since the start of that project I spent most of my time in the field. 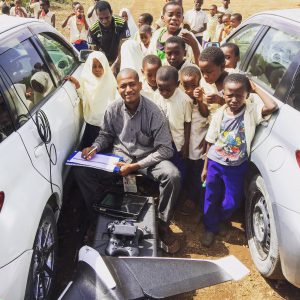 In October of 2016, people told me about an opportunity to become a Flying Labs Coordinator at WeRobotics. I knew there were others that met the requirements more than myself, but I still decided to apply. I was surprised when I was selected to go with them on a mission. I told my friends and family, and they all gave me hope, and encouraged me to go for it. One question I was asked was “are you leaving the work you are doing now?”, which referred to the mapping of Zanzibar. I replied, that I don’t know, but I’m hopeful I’ll be able finish that if I become Flying Labs Coordinator.

Patrick and Adam from WeRobotics welcomed me to join them and travel to Bukoba with my teammate from SUZA. We got time to see another fixed wing drone (the Cumulus One) and Adam showed us how to operate it. In Bukoba, we created a small map of the areas most affected by the earthquake which happened in September of 2016.

The WeRobotics team then came with us back to Zanzibar to test the Cumulus One and it is then that I had a chance to learn a bit more about what they are doing. When Patrick and Adam presented, we received the opportunity to expand our thoughts about robotics solutions in general, learning that there are many different type of drones, such as flying drones and floating drones. I’m looking forward to learning how work with floating/diving drones in the future.

In November 2016, I officially joined the WeRobotics family and while I am planning more projects for social good in Tanzania, I still continue mapping my beautiful islands, the place where WeRobotics originally found me.