We’re thrilled to announce that WeRobotics has secured a grant from USAID aimed at reducing Zika incidence and related threats to public health. Our project is a partnership with the joint FAO/IAEA Insect Pest Control Lab (IPCL) in Austria. The IPCL has been at the forefront of public health efforts that use the Sterile Insect Technique (SIT) to reduce mosquito populations for over 5 decades. Our joint project will combine this technique with the aerial release of sterilized male mosquitoes using flying robots (drones/unmanned aerial vehicles – UAV’s). 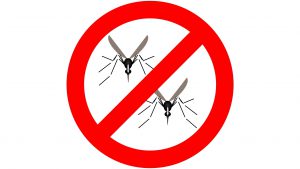 Mosquitoes are major human disease vectors (HDVs), responsible for the transmission of malaria, dengue fever, chikingunya and Zika. The global burden of these disease-transmitting insects is growing annually. The distribution of several species of Aedes mosquitoes is expanding rapidly, leaving more people at risk of infection and in turn death. SIT is a powerful additional tool to fight mosquitoes, allowing populations of human disease vectors to be managed with less insecticide use. After colonization, non-biting male mosquitoes are mass-reared, sterilized and released within a target area to mate with wild females, which then produce no viable offspring. Sufficient numbers of released males ultimately results in population decline or even local elimination. According to participants at a recent USAID workshop on Zika, the release of sterilized mosquitoes has in some cases reduced mosquito populations by 90%. SIT is a sustainable technique with no risk of resistance building up or toxic residues being left behind, thus making it an all round environmentally friendly strategy.

To date, existing mosquito suppression programs have been relatively small-scale, mosquito releases have been carried out from ground vehicles such as cars or quad bikes. This approach faces a number of limitations. Roads are not always available or accessible in rural areas. So any ground-based release is subject to the existence and state of the local transportation infrastructure. Furthermore, what happens to rural communities that do not live along or next to useable roads? Those areas could become a safe haven for Zika-carrying mosquitoes. This is where WeRobotics comes in given our expertise in the use of aerial robotics. The point here is not to replace ground-based efforts but rather to complement them with aerial release efforts and thus double our efforts at reducing HDVs.

The funding we’ve received from USAID will allow us to design and develop a lightweight and remotely operated release mechanism with the IPCL and to fit this mechanism to longer-range UAVs like the ones developed by Vayu, one of our technology partners on this USAID grant. Given our engineering expertise, WeRobotics will be taking the lead on developing the UAV-compatible aerial release mechanism, which will be tested with the IPCL both at the lab in Austria and also field-tested in Peru. 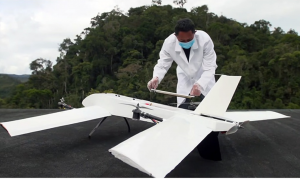 WeRobotics already has a presence in Peru where we are co-creating Lima Flying Labs as part of our international flying labs network. The field tests in Peru will thus be part of our Flying Labs there and will enable us to determine what the optimal flight parameters are for the effective release of sterilized male mosquitoes. We look forward to taking this opportunity around field-testing to build local capacity in Peru around the use of UAVs in public health projects. To be sure, for this Zika project to be successful over the long term absolutely requires that these robotics project be driven locally. This will enable our local Flying Labs community to gain experience and expertise in the use of UAVs for cargo delivery.

Sincere thanks to our partners at USAID for giving us the opportunity to really push the envelope vis-a-vis innovation in public health and robotics.